The Future of Startups: Just a Rat Race or a New-Age Revolution? 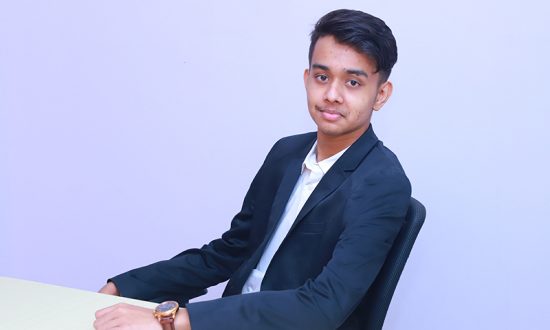 A teen Telangana-based entrepreneur, Saikiran founded SCOPE at the age of just 17. He is currently a first-year BTech Data Science student at Manipal University, Jaipur. Even before crossing the threshold of his teen years, Saikiran is already leading a prosperous professional career. He completed his Junior CEO program certified by Brown University. He also received the monumental Global Kids Achievers Award for developing SCOPE’s avant-garde application. He was also one of the top-100 students across India selected by Google to visit their office.

India is currently home to 88 unicorns and a fifth of the world’s youth demographic. Naturally, the country’s appetite for growth and development has increased a hundredfold. India’s highly-ambitious USD 5 trillion goal to become a global powerhouse is largely fuelled by the growing number of startups and unicorns. As per media reports, most Indian unicorns operate in the service sector and collectively contribute more than 50% to India’s GDP. Owing to these remarkable growth trends, everyone who can take a dip in the expansive ocean of the Indian startup ecosystem today is trying to do so. The result? Volatile competition, fewer opportunities & more takers, and a relentless race where everyone is trying to follow an already tried and tested route.

For instance, before 2021, no Indian startup had launched an Initial Public Offering (IPO), and then just in a year, eight went public. Now, everyone aspires to become either a unicorn or launch an IPO. Amidst this race to become the next big thing in the metaverse or get the best valuation, the startup ecosystem is losing the very thing it was supposed to do – break barriers, innovate and build something to address socio-economic problems. This wasn’t the case until a few years ago. Entrepreneurs were trying to come up with ideas that actually made a difference and continue to play a pivotal role in consumer’s life. Now, most upcoming startups are incepted by keeping the goal to reach a certain valuation or become a unicorn instead of having the core idea or service as a priority.

The sudden change in the Indian startup landscape has a significant impact on budding entrepreneurs. Valuation and growth trajectory are key things discussed in the media about every new startup today. But is that really the startup future we wanted to shape? Absolutely not.

FOMO as a driving force

In 2013, a leading venture capitalist during the Goldman Sachs Technology Conference highlighted this issue. He spoke about US-based startups that reached billion-dollar valuation by some miracle, all because of investors’ FOMO tendencies. He also stated that earlier startup investment strategies and goals were relatively different. Today, many new hedge funds, investors, and entrepreneurs aren’t as interested in building something new or innovative. They are more inclined and eager to reach unicorn status. The question is, are these startups actually worth the value they are getting, or because of notable FOMO, their valuations are nothing but just a gimmick of sorts?

It is crucial for upcoming startups to clearly understand the current race and be aware of both sides of the coin. The one face of this rat race is quick valuation and growth, which might be considered a success if you have short-term goals. However, after some time, when the term ‘unicorn’ becomes common, the valuation race won’t take you far. Already many investors have started realizing the trends of the valuation race, and they aren’t too happy about it. A leading shark from a popular reality TV show confessed that he invested in many startups due to fear of missing out (FOMO), but he regrets it now. It is essential for new entrepreneurs to develop solutions, products, and services that address modern problems and analyze how they will fare in the market today.

Instead of running behind buzzwords like Non-Fungible Tokens (NFTs), cryptocurrency, blockchain, unicorn, valuation, and whatnot, focus on real problems and their unique solutions. Once you get the product/solution right, the valuation will automatically reach your doorsteps.

Technologies for Cardiovascular Disease: A 2023 Appraisal
Seeing Strategically
10 Recommendations On How To Negotiate Outsourcing IT Contracts
Shopping in the Age of ChatGPT: How the New AI Rage is Revolutionizing Retail Experiences and Consumer Goods Manufacturing
Revising the Panorama of Cybersecurity in Mobile Applications
Recalibrating India’s Dependence on Fossil Fuel and Energy Requirements
CONTACT US