Reel Vs Real: OTT Viewers Struggle To Find Balance In The New Age Of Media Consumption 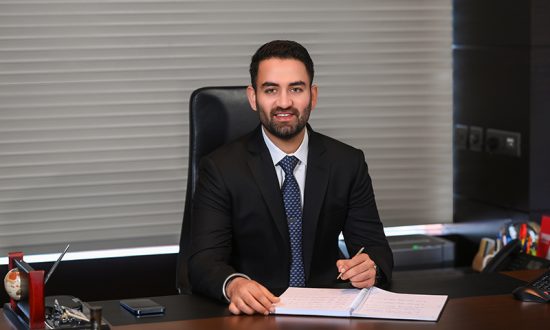 Arshdeep Singh Mundi, MD, Jujhar group, belongs to the next generation of entrepreneurs taking Jujhar group to new heights with his leadership and unshakeable ambition. An undergraduate from the Royal Holloway University of London and a postgraduate from the prestigious Indian School of Businesses.

Amid consistent technological advancements, mankind’s dependency on gadgets has led to the rise of social media and other digital platforms. With time and mobility becoming almost as essential as money in the digital age, consumer habits have witnessed a drastic change in the market.

Akin to social media which continues to aid users and businesses, Over-the-top (OTT) media services have emerged as a major game-changer in the entertainment industry. Gone were the days, when we had to schedule our day in a bid to accommodate the listing of our favorite show. Thanks to OTT platforms, the new-age consumer now has the luxury of consuming their favorite content at a time of their own convenience.

Say goodbye to the archaic television set-ups and other traditional methods that once dictated the way we consumed content. The persistent digital drive has facilitated an effortless transition for viewers to switch from TV sets to the OTT platforms. Today, all it takes is a reliable internet connection and a supporting gadget to browse through the enviable collection of content the OTT platforms have to offer.

The year 2010 saw a greater emphasis on OTT media services which, in turn, led to the emergence of competitive platforms including the likes of BIGFlix, Ditto TV and SonyLiv among others in the Indian market. While the aforementioned portals focussed on offering the same content that was being aired on TV, Hotstar (rechristened as Disney+Hotstar in India) led to the rise of unique content in 2015 which has allowed it to remain the most subscribed OTT platform in the country.

Though the digital rise did act as a precursor for the emergence of OTT platforms, the current market scenario is equally bolstered by the demands of consumers, especially in terms of the quality of the content. An active media consumer is no longer interested in the old formats and traditional approaches to content. And, that is primarily in lieu to their capabilities of skepticism, judgment, free thought, questioning, and comprehension.

How Much Is Too Much?

Established media groups like Amazon Prime Video and Netflix who operate on a much bigger budget and production costs continue to spoil viewers for choice. However, the already-existing platforms in the country struggle with limited budgets. Thus, in a bid to give the big firms a run for their money, such OTT platforms strive to produce unique content which, at times, turn out to be insensitive.

There are growing concerns over the treatment of sensitive subjects on shows and movies. The quality of the content might leave the viewers thoroughly entertained but it’s the socio-emotional consequences that one ends up facing which has led to growing chants over the censorship on OTT platforms.

Offered with a promise of bringing people closer, social media has undoubtedly become the way of life. With an increased dependency on the internet, everything is digital which, in turn, has allowed us to be ourselves on social media. Our social media profiles are supposed to be an extension of who we are in the real world. But, today, that’s more of a personal choice.

Influenced by popular culture including shows and movies, it’s safe to say that our social media profiles have become what others think of us. Similarly, our social media habits and behaviors allow users to stay relevant and remain in sync with ongoing trends. While it might lead to a few likes and even followers, it may not always be the right thing to do.

Replicating certain scenes or even dialogues can unintentionally make a user a vital cog in the promotion of questionable content. This is where, concerns over insensitive content attracting calls for censorship on OTT platforms seem valid. It’s the ongoing battle to find the right balance between entertainment, which may not align with the ideology of certain elements in the society, and relatability, which allows us to connect with the media content. Thus, for the OTT viewers, the preference currently hangs in balance.

The Benefits of Artificial Intelligence for your Business
What’s Your Value in 2023?
Transforming the Executive Search Industry & Making an Impact
Bring the Zing – 5 Keys to Powerful Presentations, Briefings, and Meetings
The Steep Demand for Pre-owned Car Market to Outpace the New Car Market
Personal Branding Boosts Productivity and Confidence
CONTACT US