Home /EXPERTS' OPINION/Reimagining Healthcare: How Predictive Analysis can lead the way to a Healthy India

Reimagining Healthcare: How Predictive Analysis can lead the way to a Healthy India 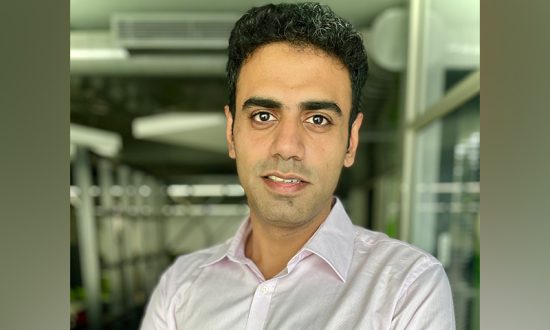 Rahul Ranganathan, Co-Founder and Chief Executive Officer at NuGenomics is a man on a mission. A mission to get people to ‘manage’ their health better with an intuitive analytic platform powered by genomics. Rahul’s desire to seek out the new had him pursuing an MBA in Human Resources Management/Personnel Administration at XLRI Jamshedpur.

When we were young, parents and doctors would advise us that prevention is always better than cure. Of course, it was up to us to listen to them and take steps to prevent an infection lodging inside of our growing bodies, or ensure we were sticking to the dosage to aid in recovery from a bug.

But, is there actually a way of catching a disease before it shows up inside of us? And, if so, does India possess the healthcare infrastructure to predict and prevent?

Well, there indeed is a way. It is called predictive analytics—or predictive analysis—and it has the potential to transform healthcare in India. A beginning has already been made and although plenty needs to be done to ramp up the sector and ensure it is intervention-ready to stall the relentless march of diseases old and new, there is a lot to be optimistic about.

In the wake of COVID, which has made us all more aware of the importance of focusing on our physical wellbeing, alongside strengthening immunity and avoiding co-morbidities, it is both a boon and relief to be able to fall back on a healthcare system that has the technology and the tools to predict diseases before they strike. For, if there is a likelihood of someone being laid low by an illness that has no known cure, then early action can be taken to reduce the chances of such an eventuality, and allow that person to look forward to living as healthy a life as possible.

Predictive healthcare in India is an emerging ecosystem but one with plenty of transformational possibilities. In fact, today, there’s a better chance that women and men can avail of predictive analysis to find out if there’s even the slightest danger of their health taking a turn for the worse, and, subsequently, to take the necessary preventive steps to reduce or altogether avert the repercussions of a serious disease—or, even, a fatal medical condition.

So, how does predictive healthcare work? Well, it involves studying a person’s genes, which are a repository of information of the type of disease or diseases she or he might be susceptible to. Because, the human body has somewhere between 20,000 and 25,000 genes, and mutation in any of these, on their own or in permutation with others, can give rise to a disease.

Genetic analysis, then, can pinpoint the exact location of the mutation, which can then enable doctors to provide a realistic prognosis of the disease. Many ailments are hereditary, so predictive analysis via testing of genes can help medical professionals discover whether the offspring might also be predisposed to the same, and thus intervene to prevent it from repeating in the same bloodline.

Genes and the environment

Predictive healthcare or genetic analysis is all about figuring out, with a reasonable degree of accuracy, if an individual has a gene for a specific disease. What information we do have to go on, is that in excess of 7,000 diseases have been identified and reported globally, of which close to 80 percent are known to have a genetic disposition (according to not-for-profit advocacy organisation Global Genes).

Predictive healthcare, then, promises to be a game changer because study of an individual’s genetic data pool can zero in on any physical or physiological complaints. Once diagnosed, changes in diet or lifestyle habits can be prescribed for the patient to follow to prevent any deterioration or escalation. And with lifestyle disorders like diabetes, hypertension and obesity now more common, brought on by a combination of unhealthy diets, a disjointed work/life balance and exposure to contaminants around us—in the air, in the water and in our food—the use of predictive healthcare certainly takes on urgency in 2022.

The true potential of Predictive Healthcare comes from the knowledge of the interactions between the genes and the environment. While certain monogenic and rare genetic disorders are wholly gene linked; lifestyle diseases like diabetes and hypertension and some cancers have both a genetic and the environmental component to it.

It hence, becomes important to not only know the polymorphisms in a gene but also how the set of polymorphisms react to a given environment thus increasing or reducing the chance of a disease occurring. An individual can’t change her gene but she can change her environment, which is the food that she eats, the air she breathes, and where her location is—in other words, the very environment in which the gene is expressing itself. And, it is only through a full understanding of the environment, and of the gene, that a correct prediction can be reached.

For instance, an individual might have a genetic disposition to a certain disease but if he is able to maintain a balanced and healthy lifestyle, that disease might never manifest itself in him. If, though, he is not genetically disposed to a specific disorder but has a lifestyle that’s out of sync by a long way, there’s every chance he could end up being affected by that very disorder. Therefore, a complete 360 degree view of the individual is necessary to correctly prognose a condition and develop interventions to rehabilitate or prevent the disorder in question.

Not surprisingly, India lags behind the west by around a decade, but it is catching up. The market for predictive healthcare is growing at 30 percent, with the number of genetic tests increasing as the cost of each test comes down. Further, tests which once took weeks can now be done in a matter of hours. The technology may be out of reach of the majority but it will, hopefully, become more accessible—and more affordable—to a bigger chunk of the Indian population in the next 10 years.

Yet, to scale up predictive healthcare and make it more effective, much more biological data needs to be gathered to build a gene pool that can guarantee consistent, and consistently reliable, predictions,  to the point where incurable ailments like cancer—even heart attacks and strokes—can be prognosed, detected and diagnosed as early as possible. Further, every intervention would have to be tailored for the patient, according to her body, lifestyle and previous medical history.

While nothing, not even the most advanced technology, can forecast any outcome with 100 percent precision, predictive healthcare gets close. At a time when Indians in their thousands, having lived through a pandemic, have had to deal with mortality on an almost daily basis, leaving them more wary—paranoid, even—about their health, such certitude is comforting.

For, the lack of a diagnosis creates uncertainty, while an incomplete prognosis only increases concerns for the patient and their family. Predictive healthcare does away with all the ambiguity and doubt. Early diagnosis and better prognosis paves the way to preventive or curative treatment. Meanwhile, at a national level, an overall improvement in a country’s health indices can only lead to an uptick in life expectancy.

To conclude, there’s plenty going for predictive analysis in the domain of Indian healthcare. The challenge will be to bring millions more into the ambit of genetic testing, which will add to the gene database that already exists, and widen the scope of predictive profiling. The more genetic diversity there is in the database, the better the chances of predictive healthcare being successful in India.  Truly, predictive analysis can lead the way to a healthier India.