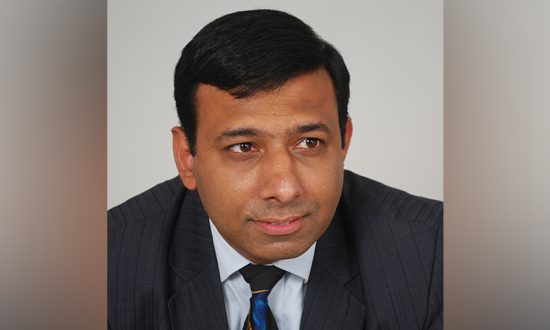 A serial entrepreneur and tech aficionado, Sukhesh is the CEO of Blaupunkt Audio. Sukhesh is also the founder and CEO of Envent World Wide Private Limited. The company holds several popular brands under its kitty including Blaupunkt Audio, which is a leader in the field of consumer electronics and Thomson Audio, which develops and markets a range of audio products in the personal and home categories.

In the past few years, the wireless earphone market has expanded in a significant way. From wireless earphones to truly wireless ones, there has been an exponential increase in the number of headphones that are wire-free.

True Wireless Stereo is a relatively new type of wireless headphone technology that uses Bluetooth to independently transmit audio from a smartphone or tablet to two earpieces independently. This means that each earpiece can be controlled separately and they do not need to share one Bluetooth connection as they would with traditional headphones. True wireless headphones are becoming increasingly popular across the world due to their lack of any physical connection and offer far greater comfort to users compared to their wired counterparts. Its two earpieces can be controlled separately, meaning one does not need to be wirelessly connected to the other. This has led to increased comfort and freedom for listeners who were earlier stuck with wired headphones.

The benefits of true wireless stereo range far and wide with convenience, high-sound quality, style and affordability being just the tip of the iceberg. It is the most convenient way to listen to music. You can wear one in each ear and enjoy your favourite tunes without the hassle of a cord getting tangled around your neck or having to worry about a wire getting in your way. True wireless stereo headphones provide high-quality sound, allowing you to hear every note and beat with clarity. Plus they come in stylish designs nowadays and are much more affordable compared to earlier, making them suitable for everyone’s budget. These earphones can be used anywhere, whether at home or on the go. To make listening to music even easier and more convenient, modern wireless headphones have started coming out with a variety of features such as automatic pause/play and track controls among others.

The current standards of earphone technology are in stark contrast to 1964 when Harvey L. Lubar introduced earbuds to the world for the first time for their use with a transistor radio. That pair of headphones were made of metal and used a single ball-shaped speaker. Switching to 2015 another major development in the audio space came about when the world’s first TWS earbuds made their debut. Bragi Dash was the first pair of wireless earbuds that was launched at a price tag of over $300, however, the TWS technology didn’t gain mainstream popularity until Apple introduced its AirPods the following year. Post this there has been constant development in the TWS space with new companies joining the mix leading to an increase in affordability and cost value for customers.

Wireless audio has become a big deal and is evolving more rapidly than you might imagine. TWS earbuds are no longer just about listening to music or podcasts, instead, they are opening up future possibilities such as monitoring of vital signs through audio frequency and voice-based biometrics. It’s also likely that increasingly sophisticated hearing augmentation features will be designed into consumer-grade TWS devices in the future. Manufacturers are meanwhile researching the use of audio processing technology for vital signs monitoring such as heart rate and respiratory rate. It is expected that future TWS devices will be capable of measuring and estimating advanced clinical metrics through the use of microphones and other sensors coupled with sophisticated signal processing.

And while we’re seeing the emergence of wireless earbuds in terms of audio quality, style and convenience, there are a number of other features and technologies that will drive the TWS earphone market in the coming years. Some of these features include HD audio playback, Bluetooth broadcast, voice assistant with NLP, adaptive active noise cancellation and AI conversation among others.

The introduction of Bluetooth broadcast, for example, will allow you to listen to your favourite music or podcasts on multiple devices at the same time. In this way, you won’t have to worry about missing out on anything while multitasking. On the other hand, adaptive active noise cancellation with AI conversation will enable your earbuds to automatically update themselves depending on your surroundings and offer a clear voice experience even when there is a lot of background noise.

In addition to the above-mentioned examples, the introduction of techniques such as spatial audio – refers to a suite of algorithms, including directional audio filtering and head-tracking that provide the feeling of being present in a three-dimensional acoustic scene to a listener – will help in delivering an excellent theatre-like experience to users consuming media content. Even Bluetooth audio is in the process of getting a major upgrade with the adoption of the LE Audio standard, which will significantly improve the connectivity experience for TWS and other wearables.

The introduction of such features is set to further boost the market for earbuds, which currently have over 200 million estimated users across the world. Earbuds are undoubtedly the most popular form of headphones today and with the inclusion of new technologies, their demand can only go up from here.

The Metaverse, Social Commerce and What's Next for Digital Retail
Future Growth of the Designer Market in Indian Millenials
Future of Transition Care Centres
The Future is Automated: Why Today's Campus Hiring is Set on a Fast Track to Becoming 100% Digitised
Reimagining Healthcare: How Predictive Analysis can lead the way to a Healthy India
How AI is Revolutionizing the Healthcare Industry
CONTACT US