Home /CXOs IN FOCUS/Safest in the Game of Roads

Safest in the Game of Roads 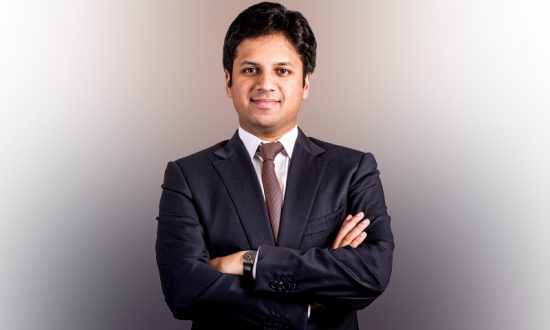 Harsh Goenka, the fifth generation of a reputed Indian business family, was only 24 years old when he took over as the Managing Director of CEAT. It was back in 1983, and within six years, he became the Chairman of RPG Group, a conglomerate with a diversified portfolio in the areas of infrastructure, tyres, information technology, pharmaceuticals, energy, and plantations. CEAT witnessed another next-gen induction when Harsh Goenka’s son, Anant Goenka took over as Managing Director in 2012. However, it was not a direct placement for the 30-year-old Anant. Since 2004, Anant has been working with CEAT, first as sales manager for Navi Mumbai and then as sales head for Maharashtra.

Though Anant always wanted to be a part of CEAT, when he returned with an MBA from Kellog School of Management in 2007, his father Harsh Goenka had another plan for him. He decided that Anant would not restart his career at the group’s flagship firm, CEAT, but in the group’s infrastructure company, KEC International. Anant spent three years in KEC and learned the practical aspects of project planning, supply chain management and growing the US business. In 2010, Anant came back to CEAT as its Deputy Managing Director, reporting to the Managing Director, Paras K. Chowdhary, whose retirement paved the way for Anant’s promotion in 2012. 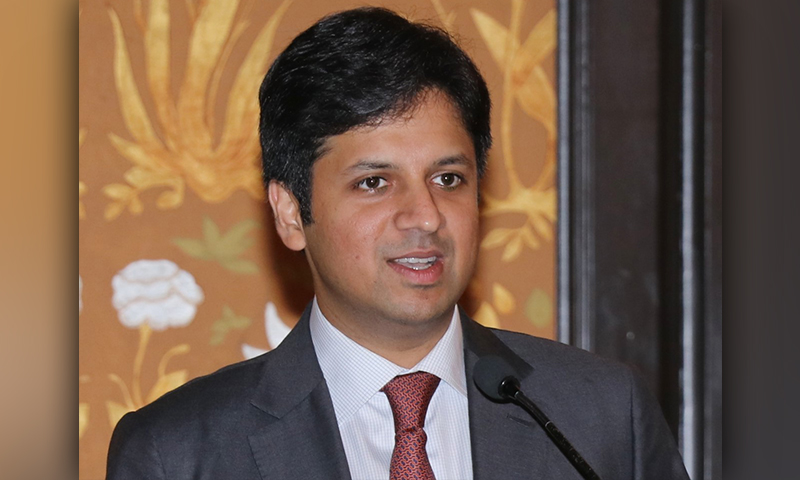 “When I became the MD of CEAT, I did not get any specific advice from my father. However, I had learned a lot from him by observing his leadership style,” says Anant. Though CEAT was in a comfortable position when Anant took over the leadership, he had higher ambitions. He wanted to make CEAT among the most profitable tyre companies in India in the next five years by strengthening the brand, improving operational efficiencies and by focusing on R&D and development of alternate materials. That indeed marked the start of a transition time at CEAT.

Under the leadership of Anant, CEAT framed a new vision statement, which gave the company a sense of direction. “We set a longer-term goal for the organization. It is not something I did. The entire team worked to develop it,” says Anant. Till then, despite producing tyres for everything ranging from two-wheelers and cars to trucks and tractors, CEAT has never been the leader in any segment. “We identified together that we should be aiming at the two-wheeler space,” adds Anant.

With new leadership and newfound focus, CEAT worked on adding platforms and offer a complete range of tyres for two-wheelers – “When we gathered customer insights, we understood that the biggest thing for a customer is safety on the road. That is when we started developing the safest tyres on the road,” recalls Anant. 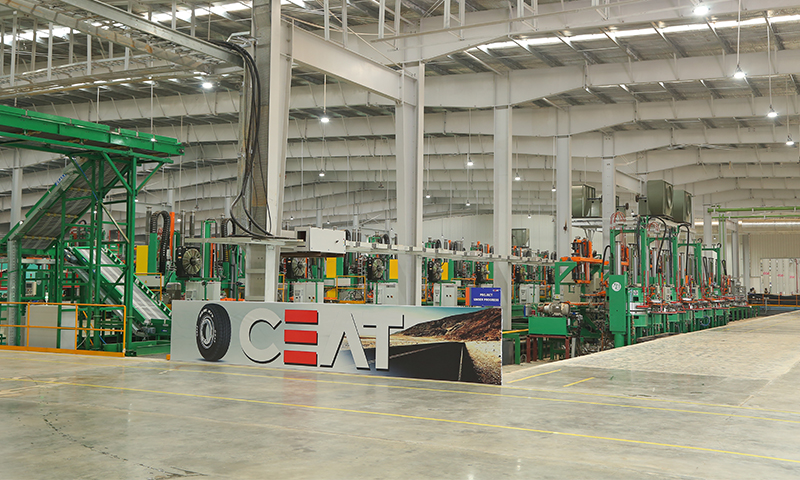 CEAT was the first to introduce tubeless tyres for tube-type bikes. The company has also launched ‘puncture safe’ tyres for motorcycles.

CEAT has invested heavily in the development of a state-of-the-art R&D centre enabling a funnel of innovative new products, be it Fuelsmarrt tyres for Passenger Cars, Win X3 Series tyres for Truck and Bus, Puncture Safe tyres for Two-Wheelers, Secura Drive tyres for Premium Hatch and Sedans or Milaze X3 tyres for consumers seeking higher mileage -SUV Taxi segment; this investment has yielded the results they were looking for – one of the top positions in tyre manufacturing in India. CEAT’s R&D division rolled out over a hundred products between Sri Lanka and India across categories in FY 2013-14.

“Distribution was another area that we had to focus on. Nobody would travel more than two or three km to buy a tyre. So, we needed to ensure that our tyres are available at the closest location of our customers,” says Anant. Today, with 4,500+ dealers, 400+ exclusive franchisees, and 350+ multi-brand outlets covering 600+ districts, CEAT has one of the largest distribution networks in the country. With a strong presence in global markets, CEAT produces over 15 million tyres a year and offers the broadest range of tyres to all segment.

On the other side, Anant changed the way how CEAT used to operate. He is a strong advocate of Total Quality Management (TQM), which is the continual process of detecting and reducing or eliminating errors in manufacturing, streamlining supply chain management, improving the customer experience, and ensuring that employees are up to speed with training. “TQM has been a key driver for CEAT to achieve its goals in the last six years and has improved the health of the organization considerably,” opines Anant. In 2017, CEAT became the first tire company in the world, outside of Japan, to be conferred the prestigious Deming Prize, which is one of the oldest and most respected quality awards in the world for companies that achieve business transformation through TQM.

Be it a consumer or an employee, safety stands at the top for Anant. Sitting in Mumbai, which has become the centre of COVID-19 outbreak in India, Anant worries about the well-being of the staff at CEAT. “In this pandemic, our priority is to make sure that our people are safe. We had taken all the safety measures including sanitization of our offices even before we understood the gravity of the situation,” says Anant. Since the announcement of nationwide lockdown, CEAT has been taking all recommended precautions and preventive measures to ensure health and safety of its employees and to contain the spread of coronavirus, including implementation of the work-from-home policy for all its offices. 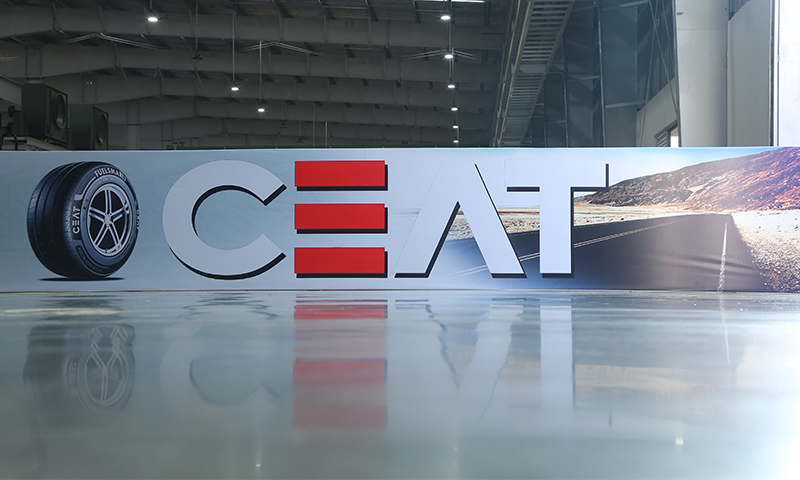 It is not just the work-from-home option that makes CEAT different during the COVID-19. “We know that a crisis like this can become difficult for people, especially when they are working from home. At CEAT, we have a health consultant who is in touch with all the employees to check whether anyone has any symptoms,” shares Anant. To ensure the physical and mental well-being as well as skill development of its employees during this time, CEAT has begun an initiative called Cofit-20.

Now, CEAT employees can directly call and reach out to its recently appointed Chief Fitness Officer (CFO), Deepali Athawale for any health-related query. Connecting with spouses and other family members of the CEAT employees on con-calls and the CFO will brief them on the necessary precautions to be taken to mitigate the virus threat. In addition to that, the company has also appointed renowned fitness trainer, Vani Pahwa, who conducts fitness exercise sessions of 30 minutes via YouTube for employees, including the shop-floor staff.

Anant adds, “We have also started online classes to leveraging this time for employee development.” CEAT is utilizing its online learning platform as well as other web platforms to cater to the learning needs of employees. A variety of learning content such as online courses, TedTalks, e-books, case studies and articles are being hand-picked for the perusal of employees. Learning capsules, with a duration ranging 1-3 hours, are also being delivered through web platforms on functional topics or as refresher training. 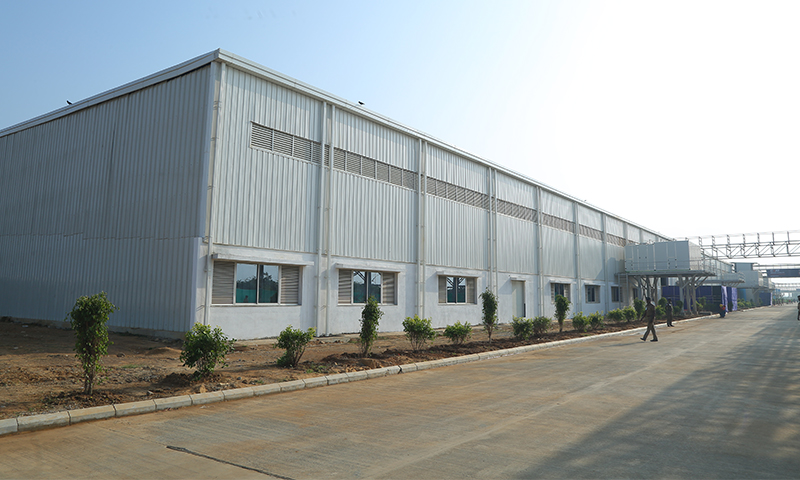 On the other side, CEAT along with RPG Foundation and other relevant authorities has undertaken various tasks with a commitment towards helping the society in every possible manner to fight COVID. One such initiative is sanitization of trucks that deliver food and essentials in Mumbai. The company has partnered with All India Truck Workers’ Association (AITWA), Bombay Goods and Transport Association (BGTA) and Western Union LPG Association (WULA) to sanitize trucks at goods loading point.

Anant understands that the life of people will not reach normalcy for the next 10-12 months. However, he is positive about the future of the country and its industries. “Indian automobile industry is emerging as a manufacturing hub for many multinational companies. I think, post-COVID, India has an opportunity to attract more business here, as people would start looking beyond China to establish their factories,” says Anant. Even in this challenging time, when companies across the globe are struggling to run their operations, Anant assures that there will be no job cuts or salary cuts at CEAT. “This is the time we need to support our people. Salary cuts and layoffs are not part of the thought process for us now,” concludes Anant.