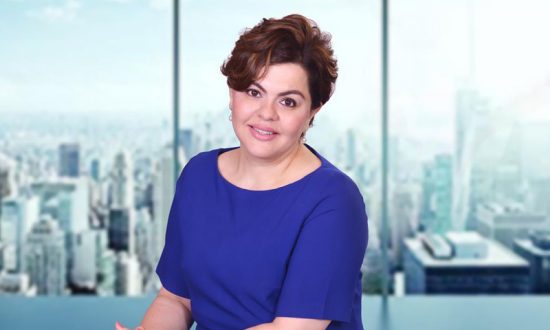 Deepshikha Kumar, winner of 2020 Top 100 Women Entrepreneurs by Ministry of MSME and Asia Women Icon Award Singapore, is the founder of SpeakIn, Asia’s largest network of business experts and thought leaders. Also, Deepshikha is a TEDx speaker, an author and an avid guide on building excellence in speech. This qualified engineer in IT from Delhi University, also an alumnus of the ISB (Hyderabad) and the Wharton School of Business. She is also a bonafide Member of TiE and FICCI, where she continues to inspire young entrepreneurs with her zeal and entrepreneurial spirit.

The genesis of globalisation lies in trans-border cooperation to overcome resource scarcity through resource mobilisation in mutual interest. None of the countries are self-sufficient in terms of resources. Just like people in a society, they are dependent on each other for economic prosperity. This resource imbalance is a blessing in disguise only for those economies which are proficient in capitalising their strengths while at the same time eradicating the weaknesses through importing others’ strengths. So, instead of adopting expensive manoeuvres of self-reliance, optimisation of available resources should be the utmost motto of every progressive nation.

World history is full of evidence in favour of open and liberal economic policies. Countries that adopted open trade policies in the past had often gained economic as well as political supremacy in their regions. The US and China, and UAE are the contemporary examples in this regard, while Italy, Greece, and France have reaped the benefits of globalisation in the past. These economies grew following either absolute or relative cost advantages in respect of exchange of goods or services, or both. On the other hand, countries that preferred ultra protectionism to boost indigenous businesses have failed on many occasions. India had gravely borne the brunt of excess protectionism during the 60s and 70s. It was the pro-liberal nature of 1991’s reform that instilled a fresh life into the troubled economy.

According to a study published in The Economist in 2020, the percentage of extremely poor people in the world came down to 8 per cent in 2019, while it was a whopping 36 per cent in 1990. Such a drastic improvement happened when almost the entire world decided to shift their face from protectionism to liberalism. Countries that were earlier trying to grow in partially insulated environments were later busy exploring overseas opportunities. And, globalisation has become a decisive weapon to combat inequality and economic disparity. Poverty declined, infrastructure improved and people’s standard of living also improved to a great extent.

The world economy has gone through two major crises in less than 15 years. First, the recession of 2008 and second the COVID-19 pandemic has shaken even the most resilient economies, including the USA, Britain, India, and the Middle East. Abrupt fall in industrial demand and massive unemployment were the aftermaths of the recession in these countries and since then economic independence or self-reliance emerges as the key agendas of various governments. Be it the “Make America Great Again” the signature campaign of Donald Trump in the election of 2016, or PM Modi’s “Make In India” mission, these initiatives came as quick responses to the current challenges. Similar policies were adopted by many Middle Eastern countries, but in spite of good intentions and bailout packages, domestic businesses could not achieve the desired pace of growth. Simultaneously, change in policies compelled many foreign companies to withhold their projects.

Economists all over the world have never echoed governments’ ambiguous trade policies that theoretically promote multilateral trade practices, but practically enforce protectionism. Policies pertaining to the ‘ease of doing business’ and initiatives such as ‘Vocal for Local’ cannot exist together in harmony. Verily, self-reliance is a utopia, an antithesis to the core economic principle of demand and supply. The supply of products and services depends on the supply or availability of resources, which varies from market to market.

Complying with the General Agreement on Tariffs and Trade (GATT) guidelines and then continued with the World Trade Organisation (WTO), none of the members can implement and promote protectionist policies to safeguard local businesses. There is a conflict between consent and treatment. Although the majority of countries oblige to reduce tariffs, they have side by side introduced many invisible barriers to trade. This equivocal approach is a bone of contention among the trading nations in the international market.

Restrictions on imports are feasible as long as they support a country’s balance of payment (BOP) and save the economy from rising trade deficits, but if they become barriers to foreign investment, growth of the core and supplementary industries, then effects on exports are quite evident and eventual. In the post-pandemic era, many countries see self-reliance as an antidote to dwindling domestic businesses which speaks volumes about their myopic vision. A global crisis should be addressed through global support and cooperation. And, only thinking about self-growth would close the doors of opportunities in potential markets.

Technologies for Cardiovascular Disease: A 2023 Appraisal
Seeing Strategically
10 Recommendations On How To Negotiate Outsourcing IT Contracts
Shopping in the Age of ChatGPT: How the New AI Rage is Revolutionizing Retail Experiences and Consumer Goods Manufacturing
Brand Strategy trends to Look Out for in 2022
How can you be Financially Independent?
CONTACT US