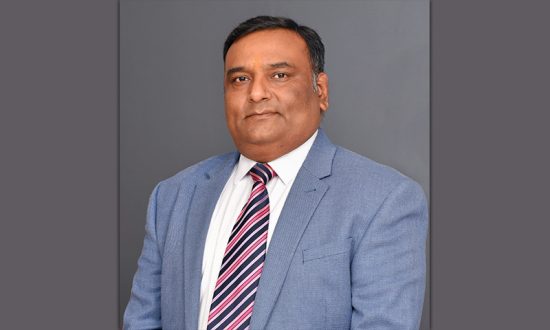 Dr. Sharma is a seasoned infrastructure professional with more than 25 years of experience. He has handled multiple aspects in infrastructure domain, including business development, design, implementation, and operations of prestigious projects. The nature of projects involves BOT, Annuity, HAM, EPC, DPRs, Feasibility, CSC, AE, etc. He has previously served the United Nations in Africa and Afghanistan. In addition to working on multiple projects in various parts of India, he has exposure to Infrastructure business in Middle East and European Countries. He is Masters of Technology from BITS-Pilani and BE (Civil) from University of Mysore. He has done MBA (Marketing) from NIMS, and also holds a Doctorate (Management & Operations) from Y. S. University Delaware (USA). In REPL, he spearheads many large-scale infrastructure projects including the Smart Cities.

Street vendors are an indispensable part of any city. This is particularly true for India where the street vendors have been estimated at around 2.4 per cent of the city population (Street Vendors Act 2014). Despite the emergence of big malls, retail chains and online shopping, a large part of the country’s population still buys a variety of things from street vendors. People buy food, groceries, toiletries, clothes and several other things from roadside vendors. Street foods are an integral part to India’s food culture. Street vendors are key enabling components of India’s informal economy as they provide employment to millions of people and maintain a steady circulation of cash in the economy. Millions of people, who are unable to afford products from the big malls or not tech-friendly enough to shop online are dependent on the street vendors for their day-to-day needs.

Despite having so much importance in the Indian economy and society, street vending has remained subdued and was infact illegal in the country until a few years ago. The Street Vendors Act 2014 recognized the importance of street vendors in India and introduced provisions for their protection and welfare. However, there is another side to the story. Roadside vendors also spread chaos in the cities. They encroach public areas such as parks, parking spaces and footpaths. Because of their encroachment, people are forced to walk on the roads which lead to traffic jams and even accidents. Street vendors are also responsible for a lot of garbage.

City administrations need to understand that street vendors are an important thread in the social and economic fiber of city life. Their contribution might be invisible but is very significant. In the absence of these vendors, life in the urban areas will get disrupted. The urban planners need to include street vendors in their city planning strategy. REPL is extensively involved in Deendayal Antyodaya Yojana-National Urban Livelihoods Mission (DAY-NULM) to support Urban Street Vendors in several states (Haryana, U.P., Assam & Jharkhand). Based on our actual on-ground experience, following are some of major aspects which should be considered while preparing street vending plan of any city.

Mapping for the roadside vendors and hawkers: To prepare any plan or strategy for the street vendors, the urban planners first need to understand the situation. The first should invest time and resources to calculate the number of vendors and their distribution in town.

Diving cities into zones and distributing the street vendors equitably: Street vendors are randomly distributed in various parts of the cities. They tend to cluster in specific areas forming temporary but heavily crowded markets. People from various parts of the city travel to these markets and the areas become chaotic. Diving cities into zones and equitably distributing the vendors in those zones would not only ease the burden on city infrastructure but will also create better conditions for the vendors.

Including the street vendors in the initial phases of city planning: Street vendors are an integral part of any city, therefore their inclusion in city planning is a prerequisite for the success of any city. City planners should have provisions like temporary kiosk spaces, makeshift markets, public conveniences, places for weekly markets etc to ensure smooth operation of the small but important business personnel.

Intuitive improvisation: Based on the prevailing situations, urban planners should use innovative ideas and time to time improvise to efficiently manage the street vendors. For instance, large parking spaces for offices remain vacant on Sundays and public holidays. Roadside vendors could be allowed to use such spaces to hold weekly markets. There are several examples in the world, like Bangkok, where street vendors are efficiently managed and included in city life. Such ideas can be adopted and modified as per the local needs.

Awareness and sensitization: Street vendors often find themselves on the wrong side of the law. More often than not, they do not fault it. Lack of awareness about the rights of street vendors and laws protecting them is the primary reason for this. Urban planning is not just about planning the infrastructure, it is also about spreading awareness among the street vendors regarding various laws and provisions. There is an ardent need to educate them regarding the rights and provisions under the law for their protection and welfare.

Keeping India Healthy with the Innovations
Hiring Talent in the Data Analytics Space is a Trick Asking Traits
Why moving to SaaS-based cloud solutions will help internet businesses stay ahead of the competition
Indian Sports Industry will Benefit from I-gaming Sponsorships
The Flourishing Future of Gig CXO in India
Frangipani Raises Series A Funding From G.O.A.T Brand Labs
CONTACT US