The Advent Of Climate Tech Startups And Their Future Growth 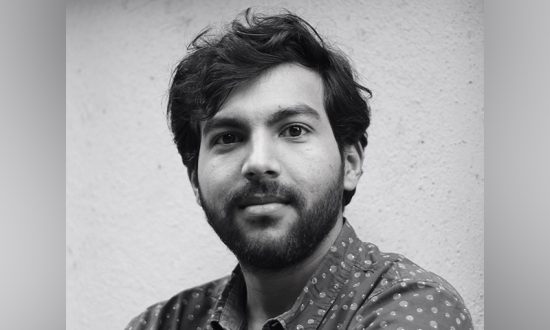 Swapnil Shrivastav is the Co-founder of Uravu Labs, and has been active in the water and sustainability domain for almost 6 years where he has worked on solutions like rainwater harvesting, wastewater treatment using bio-filtration, water management solutions for a building-to-city scale, and now on 100% renewable water from air at Uravu Labs, where he is focused on business development, strategy, and marketing of renewable water solutions. He graduated as an architect and designer from National Institute of Technology, Calicut in 2016 and is also a co-author in E-Democracy for Smart Cities (Springer, 2017).

Every crisis brings in a lot of opportunities with it and unseeing those opportunities is always a choice. Human beings subconsciously work on the principle of making choices. Till now, there have been a lot of negative decisions on a massive level over many years that have created the defining problem of climate change. The better half of this problem is people are looking for suitable options consciously.

What possibly could be a good choice in this era of globalisation and technological revolution where life is changing every minute? Cleantech has been already opted and that didn’t work quite as expected but climate tech advances can become the saviour we are looking for. Many confuse cleantech to be a rebranded form of climate tech but both are entirely different. As stated in the State of Climate Tech 2020 Report, “Climate tech encompasses a broad set of sectors which tackle the challenge of decarbonising the global economy, to reach net-zero emissions before 2050” clears out the function of climate tech in the growing economy.

The scope for change

A recent study by Impact Investors Council (IIC), Climate Collective, and Areté Advisors examined the investment landscape of the Indian climate tech ecosystem and found that over the past five years, 120 Indian climate tech start-ups raised more than 200 funding rounds from 272 unique investors. India’s renewable energy market has always been seen as the world’s most promising market, opening up more opportunities for innovative startups.

For instance, groundwater is among the most used non-renewable resources. Almost 85% of Indians utilise groundwater for drinking purposes but with the industrial revolution pacing up, tons of groundwater are being allegedly used by the industries. The after-effects are the shortage of water in the highly populated areas disturbing hundreds of lives.  Indian cities like Jabalpur, once called the ‘city of lakes, located in the heart of Madhya Pradesh and lies 15 km from river Narmada, are facing acute water shortages because of depleting groundwater levels. It might surprise you, but some states’ annual groundwater utilisation is higher than the net annual groundwater availability. It has exceeded 100% in states such as Delhi (120%), Haryana (137%), Rajasthan (140%), and Punjab (166%). Experts have noted that India is fast moving towards a groundwater crisis and nearly 60% of all districts in the country have issues related to either availability of groundwater, quality of groundwater, or both.

In the same way, there are many such non-renewable resources which are being exploited daily and the purpose of climate tech is to change this scenario.

The new world will be a better place as every aspect of life will rely on renewability. Energy industry is being transformed by solar and wind, the automobile industry by electric vehicles, and so on. The fashion industry, meat industry, textile industry, chemical industry, and many many others are moving towards the required change.

Startups globally are working towards redefining the era of sustainability through innovation in the climate-tech space. Global changemakers are identifying the core problems and thereby bringing the required change. Starting with the advent of the Tesla Model S, the perspective of the world on EVs has changed in the last few years. Nowadays, they aren’t just seen as something only meant for Golf and shopping carts but as legitimate means of transportation/mobility. The significant cause for the fast adoption of EVs has been the increasing amount of pollution by Internal combustion engine cars. Along with that, with the rate at which gasoline and diesel are getting consumed, ICE cars won’t be able to operate beyond 2030, thus bringing in EVs as a new form of the vehicle has become necessary.

One other industry which is seeing light of the day is the water industry. Several new companies have started developing new ways to counter the problem of water pollution and water scarcity that will gradually affect human civilization. The changing groundwater scenarios and rising water pollution is becoming a threat to the increasing population.  Desalination and wastewater recycling are established solutions that are now being scaled.  The next idea that will amaze you is about using the existing renewable resources to generate water just like electricity. Air, in the form of water vapour, contains as much water as six times the water in all the world’s rivers combined. It acts as a limitless natural water reservoir of freshwater as it replenishes in a cycle every eight to ten days. The introduction of renewable water can help a lot of industries dependent directly or indirectly on water. Not only this, in the areas where water shortage is acute, renewable water can be the solution to ease people’s life.

Further, startups are coming up with a vision to make a powerful and measurable climate action available to everyone. There are climate applications that allow users to go carbon neutral immediately and sustainably. These apps calculate the carbon footprint, and then offsets emissions by supporting verified climate projects that remove or reduce the same emissions elsewhere. The climate fintech services are also growing to raise awareness and funds among the masses who will become the next global leaders. The landscape for revolution is changing as the focus has been shifted toward United Nations Sustainable Development Goals (SDGs) which clearly states the need for a sustainable transition.

What the future holds for climate tech?

Climate tech companies are the future. The world needs to transform for the better and people invested in understanding these patterns are counting upon it. The recent PwC report stated that “Investment in climate tech shows strong growth as an emerging asset class, with 14 cents of every venture capital dollar now invested in climate tech. By 2023, total investment in the climate and cleantech sectors is expected to reach $6.4 trillion.”

The latest Intergovernmental Panel on Climate Change (IPCC) report, published in August 2021, suggested the required shift towards renewable energy. Not only this, COP26 and the Glasgow Breakthroughs announcement also stated a plan for countries and businesses to work closely together to speed up affordable cleantech adoption worldwide. Different sectors are opting for sustainable development after seeing the actual need for it.  Climate tech in the water sector can be the right partner for every climate-conscious industry willing to shift to sustainable and renewable water in the coming years.

Chamath Palihapitiya, the Founder and Managing Partner of The Social+Capital Partnership, has wonderfully put it into words “The world’s first trillionaire will be made in climate change.” Understanding the principles on which we stand out from other companies will only inspire others to build something more innovative for the plethora of already existing climate problems.

Every minute change on a global scale will take us closer either to a beautiful or a toxic world. The choice is in our hands. The scope for further development in the climate tech industry is positive but the question is “are we ready to become the changemakers for a better world?”

The Metaverse, Social Commerce and What's Next for Digital Retail
Future Growth of the Designer Market in Indian Millenials
Future of Transition Care Centres
The Future is Automated: Why Today's Campus Hiring is Set on a Fast Track to Becoming 100% Digitised
How To Choose The Right Franchise For Your Business?
Finland Launches Fast Track Line for Indian Tech Talent and Welcomes More Applicants to New Positions
CONTACT US