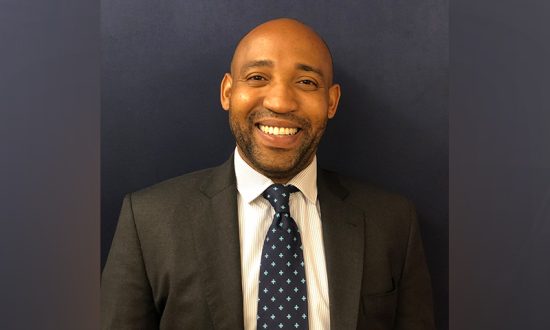 Caleb Franklin is the founder & CEO at HeyHey! Global. Caleb currently operates out of HeyHey’s Mumbai office, building an exclusive platform for fan-celebrity engagement with some of India’s biggest talent being present on the platform. Caleb is also the founder and CEO of Matter Entertainment. Before founding HeyHey, Caleb spent a decade working for the Creative Artists Agency (CAA). In his time at CAA, Caleb represented the company’s clients across the global landscape of media,  entertainment, technology and sports.

Being a “No. 1 fan” or a part of a fandom is a universal emotion, cutting across geographies and even age, and has existed for decades. From the Hungarian composer Franz Liszt’s fans, who would fight over his broken piano strings in 1841, to fans in tricolour with “Tendulkar” painted across their chest at cricket matches in the 21st century—the fandom culture is not a contemporary phenomenon. Meanwhile, celebrities are often seen basking in the limitless adoration and adulation that their fans shower upon them.

Even so, it is a misconception that fans and celebs exist exclusive of each other or that the two camps stay totally disconnected from one another. In fact, even in the 80s and the 90s, fans could directly communicate with their favourite celebs by writing letters. Staff members would then reply to these with boilerplate letters (with the celeb’s signature). Besides this, fans would also get to know celebrities personally through televised and print interviews in newspapers and celebrity magazines. And autographed photos, postcards or waiting for hours at concerts and film shootings for a wave or a lucky handshake from one’s favourite idol was not uncommon. The only drawback – fans and celebrities were isolated geographically.

However, recent years have seen fans gradually becoming more visible and powerful with the widespread proliferation of the Internet, social media channels and smartphones, connecting people instantly despite their geographical locations. Its impact is far-reaching and ever-lasting, making it vital for engaging with fans in today’s world. While the essence of fan engagement hasn’t changed, what has definitely changed is the face of this engagement, transforming with the evolution of new tech. The onus is on the personalities to keep up with their fans.

Celebrities are eschewing traditional media for more direct engagement methods, and one of them is social media channels like Instagram, Facebook, Twitter and even YouTube. Social media usage is perhaps the most popular online activity, with over 3.6 billion worldwide users in 2020. Not only that, this number is expected to increase to almost 4.41 billion by 2025!

It is easy to shoot a tweet to their fans and vice versa. Moreover, thanks to these Internet platforms, celebrities are also going “live” and taking (literally) millions of fans following them on their social media handles “behind the scenes” of their shooting, concert or event, making them feel like they are a part of the journey. Not only that, but celebs are also reaching out to their fans to share their thoughts or trivia about their new projects, or answer their questions, making the interaction more intimate. Meanwhile, fans feel closer to their idols, gaining a personal access point into the lives of their favourite celebrities from wherever they are.

Plus, with the masses spending more time online to consume content (particularly during the two years of coronavirus-induced lockdown), influencers started gaining traction. Eventually, influencers began partnering with brands to monetise the engagement with their fans as a way of earning revenue. This has given rise to the dynamically growing influencer marketing industry, which is projected to expand to a whopping $16.4 billion industry.

Taking these fan interactions a notch up—particularly during the two years of the pandemic—are celebrity engagement platforms with more personalised features. With cinema halls, sports tournaments and offline events taking a hit, fans missed out on engaging with their favourite celebs in the usual ways. At a time when the entertainment industry was facing a grim situation, celebrity engagement platforms paved the path for celebrities and fans to stay connected with a personal touch, thus having an immense growth potential in India.

On one hand, these platforms give celebrities the opportunity to create bespoke, unique and treasured experiences for their fans and on the other, fans have the chance to get personalised greetings and video messages for special occasions as gifts for their loved ones. This new form of interaction is revolutionary, particularly in the light of the ever-growing creator economy, which is estimated to be 50 million strong soon. Celebrities now have innovative tools to create products to engage with, and monetise their fans, and this matters so much to them, as outside of the top names, 77% of income for most celebrities come from brand deals. These platforms allow diversification in a celebrity’s revenue streams in a way that is convenient, authentic and scalable. If anything, celeb-engagement and creator economy platforms like Cameo (valued at $1 billion) and Patreon (valued at $4 billion) are a testament to this.

The last few months have seen a dramatic rise in the growth of Web 3.0 technology as well as a boom in NFTs. NFTs (non-fungible tokens) are digital assets representing real-world objects like art, music, videos or even real-world experience. In the technical sense, every NFT is simply a unique and verifiable agreement between the creator and purchaser, eliminating the risk of forgery. NFTs achieve this by being listed on a blockchain (digital ledger) where all transactions are transparent and easily auditable. NFTs have proved to be effective in bridging the celeb-fan gap further as a new form of experiential fan-star engagement technique, and the possibilities are endless.

For instance, actor Johnny Depp, who previously kept his paintings to himself, was selling over 10,000 unique NFTs developed from his original artwork of himself, Marlon Brando, Heath Ledger, amongst other personalities. Purchasing Depp’s NFTs even granted owners access to Johnny’s exclusive Discord community, where fans could collaborate on creative projects. Meanwhile, Katy Perry’s first-ever NFT collection dropped in December last year sold out in a record 95 minutes. The pop star dropped a second collection in March this year and gave her fans additional, enviable benefits like exclusive merch and more. Closer home, Bollywood superstar Amitabh Bachchan’s ‘Madhushala’ NFT collection (a poem collection of Bachchan’s father recorded in the actor’s own voice) received the highest-ever bidding in India at $756,000 when the auction ended.

In fact, NFT sales are thriving, jumping from $2.67 billion in December 2021 to nearly 3x in January 2022 at $6.86 billion. By leveraging the power of Web 3.0, celebs can create and launch personalised NFTs to directly connect with their fan base and empower them with unique, verifiable collectables. Since each NFT is unique and tradeable, celebrities are now using them to create a robust digital community, where fans can enjoy their status as a fan but, in time, also make money from it—as more people purchase the NFTs, join the community and enjoy the experience, the more valuable the NFT becomes. Because of this, the NFT becomes the ultimate evolution of the celebrity-fan relationship, where both parties gain value from being taking part in the relationship. This evolution is the expression of the “Fanverse,” a mutually beneficial ecosystem that generates benefits for both—the celebrity and their fans in the digital and real world.

In a close-knit, connected and digitised world, celebrities have realised that it is absolutely critical for them to harness the new power of the Fanverse. Fact is, over the last few decades, celebrities, and now even influencers, have been playing a crucial role in building the modern culture and influencing public opinion. However, now, they are utilising the value of their massive and far-reaching influence to create meaning, value and utility for themselves and for their fans.

Technologies for Cardiovascular Disease: A 2023 Appraisal
Seeing Strategically
10 Recommendations On How To Negotiate Outsourcing IT Contracts
Shopping in the Age of ChatGPT: How the New AI Rage is Revolutionizing Retail Experiences and Consumer Goods Manufacturing
Why Sustainability and Inclusivity is the Showstopper We Need in 2022
How Working Capital Solutions Like Factoring can Uplift MSMEs
CONTACT US