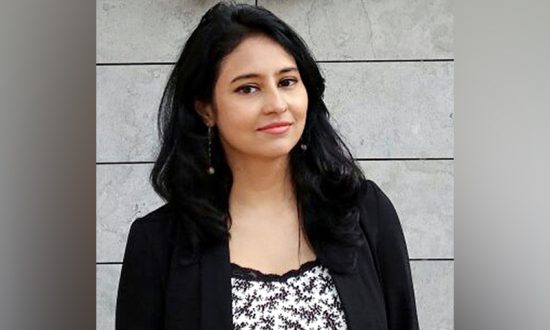 Aditi Basu is Chief of Marketing at Future Market Insights Inc. a leading business consulting and market research company and is responsible for driving strategic marketing for key service lines and domains.  She started her corporate journey 16 years back in the business consulting industry and has held leadership positions at Capgemini and Frost & Sullivan. Her key accomplishments include being invited as a speaker to NIT Durgapur, to talk on issues pertaining to commercialized innovations. She has been quoted in several leading marketing and business journals such as CDO Magazine, Brandingmag, Research World, Drug Discovery Trends on disruptive innovations of future and how they will impact the Global Marketplace.

It is not unknown to us that Artificial intelligence (AI) is has opened up several new opportunities in the global market. Not only is the use of AI limited to the technology domain, but also in various other domains like healthcare and fashion. Digital human is one such opportunity driven by the foundation of AI that will help various companies achieve scalability quickly and efficiently.

According to a recently published report by Future Market Insights, the global artificial intelligence systems spending market is expected to grow rapidly with over 45% CAGR during 2022-2032. Such spending will help companies move towards implementing digital humans in their processes.

So what are Digital humans? They are a part of the metaverse. They work as non-playing characters (NPCs) backed by AI and not simple replicas of human beings. They can react intelligently to human moods based on tone, body language, and facial expressions. They will respond to these inputs in a manner that will enable them to understand the situation in a cognitive and nuanced manner.

As implied by their name, digital humans require no sleep and no wages. They can be widely deployed and handled by digital humans simultaneously as they are always available and scalable and can handle a large number of user interactions all at once. They engage with users in an intelligent manner, effectively “recreating” human interaction on a scale far more extensive than what can be achieved by customer service representatives or chatbots. There are, however, some disadvantages associated with digital humans.

In this blog, we will discuss the various stages of development for digital humans, how they differ from the other applications of AI and how these digital humans can be used in different domains with different usages.

The evolution of digital humans

Over the past decade, digital humans have moved from hype to practical application. The dramatic advancements in AI algorithms, the vast quantities of data generated, and the substantial increases in computational power have made digital humans irreplaceable, especially in gaming and film.

The evolution of digital humans can be divided into five stages of development, from two perspectives: automation level and human figure similarity. In the first level, these machines were manually crafted and used for 2D displays only. The second stage mainly relied on motion capture equipment to collect data on mouth shapes, facial expressions, and body movements that were used for video recording. In the third stage, the reliability shifted to algorithms for the creation of virtual avatars for real-time interaction and live broadcast.

As a digital human advance to levels 4 and 5, it becomes capable of simulating real-life behavior. As a result, it was able to learn from a huge array of facial expressions, human conversations, and body language. Through natural facial expressions and body movements, it can mimic intelligent human interactions

A digital human, belonging to the top most development level can acquire expertise in a certain field quickly with its advanced deep learning capabilities. The intelligent interaction of level 4 or can be employed in general scenarios and across a wide range of industries. This can transform the industrial landscape.

In the past three to five years, digital humans have gained popularity through the metaverse. Their contextual-based behavior enables them to initiate and engage in conversations with humans thanks to the latest advances in AI and simulation. For instance, digital humans are particularly useful in fields such as healthcare, where they allow doctors to simulate surgeries before performing them on patients.

To revolutionize the user’s digital experiences, digital humans are being equipped with an artificial intelligence layer that can comprehend speech and text. In addition, they are equipped with a visual technology layer that can recognize facial expressions and commands. This is an interesting development, as it allows automated conversations to be enriched with persuasion and emotions. They stand out from other AI applications because of this.

A lot of technology and algorithms are combined and worked on for months to create the most accurate digital humans. These include computer vision, big data, machine learning, affective computing, and artificial neural networks. However, digital humans must be implemented with caution, since they should only be considered as a development rather than a replacement for the human touch.

Currently, virtual assistants and virtual investigators are popular uses of digital humans, allowing them to assist users both in real-time and in the metaverse. Second, digital humans can also be used to train soft skills without involving humans.

Digital Humans have been replacing few human interventions across industries

With artificial intelligence-enabled intelligent services, digital humans can significantly increase productivity, enabling the integration of the digital and physical economy. Therefore, if built and used correctly it can lead to huge cost benefits from process and operational optimization across industries.

Recently, the fashion industry has turned to digital humans to solve some serious concerns about wheelchair users. In the United States, almost three million wheelchair users struggle to enter a fashion store, and sometimes it’s impossible. As a result, they turn to online shopping but find it extremely challenging to find clothes that fit well. This is because they need to try them on first and without talking to someone who can assist. To make fashion fairer, companies like All is for All developed digital human helpers who can explain the accessibility features of clothes online. Others under-serviced by digital humans include those unable to have face-to-face conversations, those living in remote areas without access to the same services as others, and the poor.

With the help of digital humans, companies are able to manufacture more efficient and safer products while optimizing the costs and productivity. By incorporating digital humans into design processes, engineers will be able to incorporate human factors engineering and ergonomics principles earlier in the design cycle. For instance, UGS Tecnomatix Jack human simulation solution was used at Ford Motor Co. to evaluate worker safety and ergonomics during the installation of a newly designed satellite digital antenna radio system. A design review of the product was conducted early in the process. By assessing performance and ergonomic problems before prototyping, late design modification efforts were easily reduced.

There is also a major use of digital humans in the healthcare industry, where longstanding problems are being addressed through the use of digital humans. The fact that counseling sessions are conducted by real humans often makes people feel hesitant to open up – a person who is both able to help, but also capable of judging and showing bias. Digital humans can’t do that. Therefor virtual digital therapists are being used to detect and identify symptoms of poor mental health.

For instance, the UneeQ Creator can be used to create an advisor, companion, or support worker that is similar to a human-to-human conversation by taking into account what questions end users might be reluctant to ask. They just might come up in a human-to-machine conversation and lead to better results.

Another domain where there is a scope of massive transformation using Digital humans is education, with a “digital human” teacher having recently been tested in New Zealand.  As per the students, this digital human not only explained them the various aspects of energy but also asked questions to the students to make the learning session more interactive.

Currently, digital humans are proving to be commercially valuable in a wide variety of areas. Eventually, large teams of digital humans will coexist with humans in everyday life chores as well as at work. Leading companies such as SenseTime and Xiaoice, tech giant Huawei Technologies Co are jumping on the bandwagon of digital humans. In cooperation with Chinese real estate developer Vanke, Xiaoice developed Cui Xiaopan, a virtual employee for Vanke. It is the digital human’s responsibility to remind employees to pay their bills on time and collect their dues. Additionally, Huawei Cloud has hired its first virtual employee, Yunsheng.

Digital avatars are still in their nascent stages, but their gestures, appearance, and actions will become more refined and realistic in the coming years.

Despite the huge possibilities with Digital Humans, why it cannot completely replace human labor?

Research concludes that over 4/5th of all communications between organizations will be based on virtual entities. There are many digital “things” that have replaced personal interactions with people, such as chatbots, self-checkout kiosks, self-service portals, and other digital “things.” Various studies predict that 95% of customer interactions by 2025 will be handled by AI. As a result, customers will lose out on the opportunity to be treated with a smile, a reassuring tone, empathy, and a natural emotional connection. It may be because of this that 71% of Americans prefer human interactions over chatbots.

Despite their inability to mimic human emotions, these machines can be effectively programmed to emulate them on a large scale and virtually. Emotions are not easily contained within one hemisphere of the human brain. Both hemispheres are typically affected rapidly by emotional events. Although conversational AI, such as voice assistants and chatbots, or even live chat functions, can converse in very left-brain ways, they lack the right-brain elements of natural conversation, such as body language and tone of voice, which help create emotional connections. In digital humans, these cues are communicated through their voices and animations.

Businesses and customers can look forward to emotional connections when dealing with the technology of digital humans, considering that emotional connections are more valuable to businesses to yield more highly satisfied customers. However, the demand for skilled workers will remain the same. This is also because digital humans are machines at the end of the day undergoing wear and tear, facing malfunctions, also the speed at which they can do a job is sometimes questionable. This is a major reason why even today with so much of advancements in automation, AI, only some percentage of manual labor is replaced by these technologies. More than 60% of functions, processes still rely on human labor and human cognitive abilities.

To conclude, Digital humans can be a boon to humankind but can never replace human labor. However, their advantages can be used to enhance the productivity of the human workforce, thus elevating the manufacturing capacity of the entire organization. And what is needed for this kind of human-machine collaboration to work seamlessly, is a positive cultural shift, awareness and training for such interfaces and collaborations to be successful to get the desired results.

Technologies for Cardiovascular Disease: A 2023 Appraisal
Seeing Strategically
10 Recommendations On How To Negotiate Outsourcing IT Contracts
Shopping in the Age of ChatGPT: How the New AI Rage is Revolutionizing Retail Experiences and Consumer Goods Manufacturing
Having a Better Approach in Life: How to Stay Optimistic
Sustainable Blockchain: The Future of Sustainable Ecosystem
CONTACT US