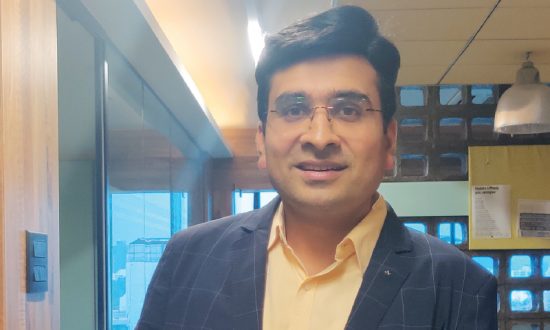 Vinit Dungarwal is the Director, AMs Project Consultants. An innovative and performance-oriented leader with more than 15 years of experience, Vinit is the driving force behind the brand’s growth & success and offers deep insights and proficiency in handling large-scale, multi-business operations.

The pandemic caused upheavals across industries, and the commercial office sector in India too, has witnessed a number of cyclical and structural changes. Concerns were raised about whether the real estate office, particularly the office sector, could be revived. With the model of WHM becoming a norm, would people go back to the office as before? Today, it is evident that those fears were unfounded. The Indian office segment has shown itself to be very resilient. In fact, according to a report, the factors driving this upward sentiment can broadly be identified in three areas: Occupier sentiment is positive, net absorption has been moderate for the first time in five quarters and tech and flex account for over 50% of leasing activity in Q2 22. (JL Q2 22)

Occupier sentiment positive: The return to work has begun in earnest, with office occupancy rates climbing across the majority of industrial categories. The return, however, is still occurring at varied rates, while occupiers’ hybrid plans, with the workplace as the core component, are substantially in place. The current quarter was symptomatic of the optimistic sentiment of occupiers, as the leasing pace improved visibly.

While there is better corporate certainty now that the virus has been contained, mounting inflationary pressures and sluggish economic projections will likely keep occupants cautiously optimistic moving forward. As occupiers assess the developing economic landscape, leasing activity may see a short-term lull as a result.

Tech and flex account for over 50% of leasing activity in Q2 22: Unsurprisingly, the IT/Items segment’s share increased from 25% to 33% q-o-q, demonstrating its sustained dominance as the largest occupier segment in India’s office market. The manufacturing/industrial sector continues to demonstrate outstanding growth, with a 13% share of market activity supported by India’s policy drive. The BFSI and Consulting segments represented 10% and 8% of the company’s stock, respectively. Flex continues to make rapid inroads as a major occupier category, resulting in a 20% share of quarterly leasing activity as a result of its mainstreaming among occupier space strategies. In fact, flex leased 2.8 million square feet in the second quarter of 2022, the most in 12 quarters, and the first half of 2022 is already 30% higher than the yearly flex space take-up for both 2020 and 2021.

In India’s top seven cities, the real estate industry transacted almost 1,700 acres of land in a single year. From 2017 to 2021, foreign investments in the commercial real estate sector totalled $10.3 billion. After the replacement of the present SEZs act in February 2022, developers anticipate the demand for SEZ office space to skyrocket.

Technologies for Cardiovascular Disease: A 2023 Appraisal
Seeing Strategically
10 Recommendations On How To Negotiate Outsourcing IT Contracts
Shopping in the Age of ChatGPT: How the New AI Rage is Revolutionizing Retail Experiences and Consumer Goods Manufacturing
The Rise of AI in Customer Service
Cashless India: The Development of Digital Payments and the future of digital payments in India
CONTACT US