Home /LEADERS' INSIGHTS/Cashless India: The Development of Digital Payments and the future of digital payments in India

Cashless India: The Development of Digital Payments and the future of digital payments in India 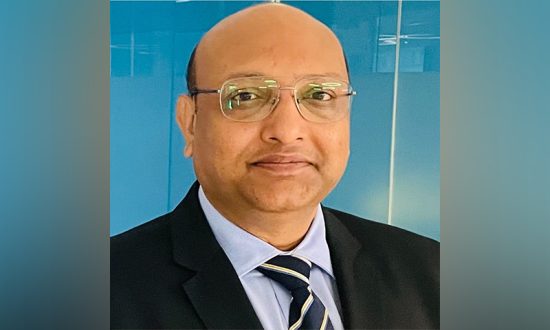 Vishal Maru, with over 16 years of experience across the domain of payments and merchant business. In Worldline, he is responsible for Merchant Acquisition, Cards Issuance Processing and CUG and Loyalty Services. Vishal is known best for his adroit capabilities of converting raw prospects into long term partnerships, apart from a keen focus on profitability and enhanced top line. Prior to joining Worldline in 2009, Vishal was responsible for the merchant acquiring business at Global Payments APAC.

From Polaroid camera pictures to James Webb Space Telescope images and posting letters to sending instant messaging, the 21st century is all about going digital. And just as digitisation has changed many aspects of life, it has also transformed the way of conducting transactions. Paper cash and metal coins are passe – digital payments are the new way of sending and receiving money.

Key drivers for the boost in digital payments: digital infrastructure, RBI initiatives and the Indian Government

The increase in mobile phone users and high internet penetration has been one of the key drivers for the growth of digital payments in India. There are now over 1 billion active mobile phone subscribers in India, with a forecast of internet users exceeding 1.5 billion within 2040. The smart phone users are adding to fast adaption of digital payments.

The Government and the Reserve Bank of India have together played a catalytic role in India taking big strides towards a less cash society. The introduction of the Unified Payment Interface by NPCI (National Payments Corporation of India) in 2016 was a ground-breaking move that exploded the number of digital transactions. The month of August 2022 itself saw UPI transactions crossing 6.5 billion. Other initiatives like India Stack, Account aggregators, tokenisation and rationalization of MDR has given required thrust to digital adoption as every player in the value chain has seen immense advantages from these initiatives.

In January 2021, the RBI operationalised the Payments Infrastructure Development Fund (PIDF) that subsidises the deployment of Point of Sale (PoS) infrastructure. This initiative has reduced the cost of POS in locations that have a lesser population compared to the rest of the country – for example in the North-eastern states. RBI has also introduced changes in its regulatory framework to support the digital payments process and adopted measures such as increased limits of permissible payments and a more rational charging structure to boost digital payments.

How promising is the future of digital payments in India?

Today, India is one of the leading countries in the world when it comes to the adoption of digital payments. Just about a decade ago, digital payments that comprised only around 8% of the total transactions in India are expected to grow up to 58% by 2025. Internet of Payments (IoT), Machine Learning/Artificial Intelligence, card tokenisation, etc are some of the significant concepts that shall find applications in the PayTech industry in the near future.

With 5G expected to provide a major boost to internet accessibility, there is further scope for digital payments to reach new heights. The infrastructure for digital payments is continuously improving – the UPI is now accessible even for basic phones and the *99# service launched by NPCI has taken the banking services across to every common individual around the country.

The RBI on 25 August 2021 and 7 September 2021 expanded the scope of card tokenisation to cover use cases such as laptops, desktops, wearables (wristwatches, bands, etc.), internet of things (IoT) devices along with card-on-file tokenisation (CoFT). RBI has also made an announcement regarding the linking of UPI with RuPay credit cards.

The evolving concept of IoT is expected to lead the way toward new payment experiences as people are switching to interconnected devices, cards, wearables, and homes. The progress of IoT might enable converting various terminals such as automobiles, wearable devices, etc into a payment device for a smoother payment experience. For example, payment to fill up fuel could be conducted through the car itself, without the need for a card transaction.

AI and machine learning are also discovering plenty of use cases in the PayTech industry. For example, machine learning can analyse customer spending patterns and identify unusual activity that could be indicative of fraud. Another example could be of using the technology in financial management – for providing recommendations about investments, market predictions, etc.

The economies around the world have understood the significance of cryptocurrencies and many have taken an interest in the technology. RBI has also expressed an interest in CBDC and may launch Central Bank Digital Currency in the coming years. CBDC is expected to further reduce cash transactions and the associated risks.

We are seeing increasing focus of Indian government to strengthen SMEs, offline merchants to offer them level playing field with large organized online retail players through the introduction of ONDC platform. This would further push digitalisation of processes and payments at local merchant outlets.India is well on its way to becoming a less-cash society. One can expect the growth of digital payments in India to continue at a rapid pace in the coming years to triple its size in next 3 years.

The Benefits of Artificial Intelligence for your Business
What’s Your Value in 2023?
Transforming the Executive Search Industry & Making an Impact
Bring the Zing – 5 Keys to Powerful Presentations, Briefings, and Meetings
The ‘Resilient Indian Office Sector’
Customer Feedback Analysis: A Thorough Trendy Tool to Assist You in Making More Informed Business Decisions
CONTACT US