Home /EXPERTS' OPINION/Watch out for these 5 in 2022: Tech Trends Transforming iGaming

Watch out for these 5 in 2022: Tech Trends Transforming iGaming 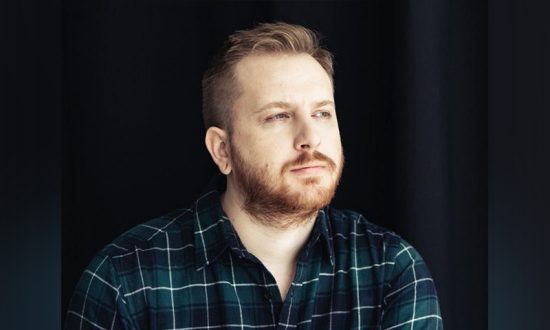 Dmitry Belianin is the Chief Marketing Officer at Parimatch International. Experienced marketing strategist and leader in the sports betting industry, Dmitry has over 13 years of experience in both marketing and gaming. He has a proven record in building global teams, growing profits, and implementing high-growth marketing, digital, and product development strategies within the biggest gaming companies.

The pandemic forced everyone to figure out distractions to best fight off boredom. Many kept themselves happily occupied by playing games. In fact, the explosion in online, virtual and digital gaming was enabled by the worldwide lockdowns and hastened by the speed at which technology was advancing. Today, gaming is less about that ‘game’ on your screen and more about the player experience, in which individual skills join up with storytelling, visuals and sound to present a bundle of sensory delights.

Overall, iGaming is one of the world’s biggest and most lucrative domains, and not just in the entertainment space. So, what’s the limit? Can artificial intelligence, for instance, help anticipate and analyse player behaviour, giving gaming companies insight into what they can do to enhance a gamer’s experience? Well, it is already happening. This is not the snakes-and-ladders board game of our childhood, or even the Nokia snake game (remember that?) of the Noughties. This is a whole new world!

Here, then, are five tech trends that are transforming the iGaming industry:

Always wanted to experience the buzz of playing with chips in Monaco? Well, now you can, via the magic of virtual reality. Then, there are online casinos fighting for customers and virtual real estate, as live and video streaming grab ever more eyeballs. You can catch live action from the tables but also play remotely, connected real-time to a dealer. This latter iGaming trend scores high because it offers a genuine casino experience, one that facilitates a more authentic rapport between player and dealer.

But more than offering gamblers extra chances to indulge, technology is making waves in other ways. For instance, artificial intelligence is proving very handy in the running of casinos, especially when it comes to keeping watch on suspicious behaviour; through constant tracking, AI and facial recognition can help prevent fraudulent activity on the tables. Meanwhile, crypto-casinos promise quicker payouts, more robust security, and anonymity, powered by blockchain tech.

There’s also the Internet of Things (IoT), which assists gambling companies to be more creative in their use of data. Besides, the industry can use IoT to customise experiences that tie in with each player’s preferences, link slot machines with individual gaming servers, and use big data for real-time communication with gamblers (data that is also helpful for casinos and game developers).

Reality of the AR and VR kind

We have been hearing of AR and VR for some time but it’s only now that these encounters of the computer-assisted and interactive kind have gone mainstream. Apply them to the world of gaming—even to eSports—and you get to thrill in an experience like none other. VR gaming got a headstart over AR gaming and is gradually shedding its niche tag; its Eureka moment was the launch of Oculus Rift in 2013, while recent years have seen the likes of Minecraft and Grand Theft Auto take off. AR gaming hit gold in a shorter span of time after the stunning success of Pokémon Go in 2016, though it has struggled to follow that up. However, as the tech becomes more affordable and accessible, both VR and AR gaming stand on the cusp of something special.

Augmented reality games, incidentally, superimpose a digital ambience on the user’s real-time environment, while virtual reality games plunge the user into an alternative environment via headsets. And with the price of headsets falling, the feeling is that VR gaming’s time has arrived. Incidentally, each of the AR and VR gaming markets is expected to grow at 18.5% CAGR between 2021 and 2026, and according to one forecast, the overall worth of both markets could reach upwards of US$25 billion by 2026.

Videos on the Cloud

This is as convenient as it gets. Instead of users having to constantly update their consoles or computers, spending money trying to stay ‘in the game’ and stay in touch with the latest releases, all they need is a single device to play. Because, games today can be accessed via remote cloud servers or streams—no more downloading of heavy games onto your PC or console. All the big players in video gaming are offering their games through a cloud-based subscription service. Additionally, as more users embrace high-speed 5G, it is being predicted that the cloud-gaming ecosystem will expand by almost 30% in the next three years.

Alongside, iGaming is upping the immersive experience for players by taking inspiration from video games. So, prepare yourself for a ride featuring a higher quality of visuals, enhanced interaction, added role-playing elements and themes, and more gameplay loops. Some of these games, in fact, have an arcade-like vibe about them, including Aviator by Spribe, a social multiplayer game inspired by the universe of video games.

Esports is like the next coming of video games but promises the emotions of ‘real’ sport—including leagues, tournaments, salaried professionals, prize money and live crowds. Only difference being, you’re right in the heart of the action. eSports generated more than US$1 billion in revenue in 2021, chiefly through media rights and sponsorship, and will touch US$2 billion as 2023 comes around. To stick with the ‘real’ sport comparison, some 73 million viewed the League of Legends World Championship in 2021, proving that eSports has become a spectator sport just like any other. Further, eSports offers an increasing number of opportunities to gamble, and players can now punt on games like FIFA and Dota 2, across consoles, personal computers and mobile platforms.

Gaming (and gambling) on the go

The sky’s the limit for mobile gaming as smartphone technology gets ever more cutting-edge. Users aren’t constrained by time or space, and they can access an amazing variety of games, from straight-up simple to packed with strategy and enough complexity to keep your grey cells preoccupied. Multiplayer mobile games too have been gaining in popularity, and growth in this segment is unlikely to let up. While the trend might have been driven by the rise of eSports and the insanely viral PUBG Mobile, the format has tasted success on the back of the competitive environment (and the sense of achievement) it offers its participants. Meanwhile, across markets, and aided by the convenience and speed of 5G, over 50% of users are placing bets using their mobile devices; in some markets, that figure is closer to 90%. So, don’t be surprised to see the big tech companies jumping in to boost access for mobile betting apps.

Among non-tech trends, expect to see big leagues like those in the US (as well as media companies) embrace iGaming as they look to capture a generous slice of the industry pie. Yet, iGaming players too are expanding, by buying tech companies to get their hands on the software, or entering new markets flush with dollars, to better access licences and local regulation knowledge. This is a fast-moving industry where the action is comparable to that in a game—you just can’t take your eyes off it.

How are Digital Startups Booming in the Indian Market
Customer-centricity and technology-driven innovation drive digital transformation in retail
Sustainable Funeral Practices in India: A Positive Trend
The Skill Sets Required to Become an AI Expert
Overcoming Issues Faced In Cross-Border Payments
Five Business Trends to Follow in 2022
CONTACT US