Home /EXPERTS' OPINION/Why is it Important for the Indian Workforce to Adapt to the Gig Economy?

Why is it Important for the Indian Workforce to Adapt to the Gig Economy? 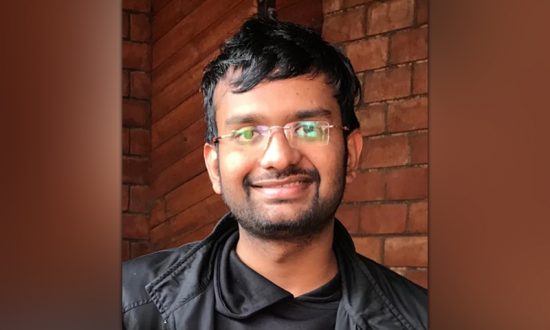 Harsh Jain is the CO-Founder and CTO at UniGigs, he handles product development within the organization, he is an alumnus of IIT Delhi, where he completed both his master’s and bachelor’s in Computer Science and Engineering. Before joining UniGigs, he was a Quant Researcher at Quadeye Securities (HFT). He has about 8+ years of coding experience and in-depth industry knowledge and expertise.

The world of work is constantly evolving and along with it the workforce. The global pandemic largely responsible for much of this change and disruption upended countless businesses and terminated millions of jobs. Since then, employees and employers have turned to the gig economy as a choice as well as a necessity. The pandemic accompanied by a wave of technological interventions has brought about a renaissance in India’s gig economy.

Driven by a surge in the number of gig platforms, an influx of job seekers and an ever-increasing demand for talent by organisations, the gig economy is flourishing in India. According to research, over 53% of the youth (aged 18 to 34) are working in the gig economy and even making it their primary source of income. With the potential to serve around 90 million jobs, the gig economy can create a myriad of opportunities for those in need of sustainable livelihoods.

A sustainable source of income

Within a matter of months, the world of work pivoted from the ‘Great Resignation’ to the ‘Great Layoff’. With a slew of startups handing out pink slips to their workers, over 6,000 workers have been dismissed by some of the most prominent Indian startups. At a time like this, the gig economy has welcomed these workers and is now 15 million gig workers strong. The explosion of freelance and contractual work in the gig economy has opened a deluge of opportunities, providing workers with an independent source of income. As technology dissolves geographical distances and untethers work from the office, employees can find a plethora of jobs in the gig economy worldwide.

With remote and hybrid work models cementing their place in the world of work, the majority of employees are preferring to continue working remotely. Considering the flexibility, productivity gains and time and cost savings offered by remote working models, over 36% of the entire American workforce is freelancing. The gig economy, thriving on freelance and contractual work models, offers the Indian workforce the autonomy to choose from a variety of job roles and find work arrangements that suit them best. In the coming years, gig jobs and freelance work are expected to replace traditional full-time employment.

With the outbreak of the coronavirus pandemic, organisations worldwide became conscious of their vulnerability to the disruptive market forces. In face of talent shortages and a wave of resignations, 70% of businesses turned to an outsourcing partner in 2020. As recession looms on the horizon and technological transformations continue to pull the plug on many jobs and businesses, the gig economy can insulate the workforce against the perennial disruptions of the world. Gradually emerging as the future of work, the gig economy opens the portal to instant job opportunities for workers with the wide availability of gig jobs, quick onboarding and high flexibility.

Catalysing the creation of an outsourcing giant

The global pandemic along with technological disruptions has influenced a paradigm shift across the globe. In light of these changes, global giants such as Microsoft, Amazon and Google are adapting to the changing dynamics and outsourcing to countries like India. The outsourced IT market is expected to reach a value exceeding $1.392 trillion by the next year. Capitalising on this massive opportunity, the Indian workforce can help India become the world’s most preferred outsourcing destination. By leveraging labour arbitrage, a diverse skillset and

The infusion of powerful technological infrastructure and the rise of freelance platforms are ushering in a gig economy renaissance. As the gig economy continues to gain traction, not only will millennials and Gen Z workers reap its benefits but the generations to come. Adapting to the gig economy will not only insulate employees and employers against the many challenges of this ever-changing business world but also help them capitalise on the many possibilities and opportunities that come along. This new era could be a win-win for the Indian workforce as well as organisations and the country. With growing technological capabilities, India is on the path to becoming an outsourcing giant for the leading organisations across the globe.

Why Entrepreneurs are Moving Towards Sustainable and Eco-Friendly Businesses?
Enterprise Mobility Management: The Future of Transforming Businesses
The Importance of Convenient Addressing During a Crisis
Why Is It High Time For Entrepreneurs To Take Care Of Their Mental And Physical Health?
How Banks Can Lend Faster, Smarter And More To Scale-Up Businesses
Indian Content Creators Use Hashtags & Captions to Win New Followers. 300 Million Hashtag Suggestions Generated in a Month, Reveals AppyHigh
CONTACT US