Women Entrepreneurs and Women Led Start-ups: The Movers and Shakers Disrupting the Vegan Industry in India 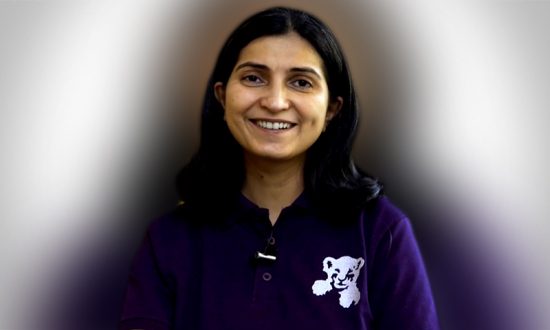 A health enthusiast, a dedicated vegan, a fierce activist, and an entrepreneur at heart, Sonal is the founder and CEO of WhiteCub – an upcoming brand in the F&B industry dedicated to serving vegan alternatives for dairy products. She holds an MSc in Anthropology and has been working in the vegan industry for more than 10 years. She enjoys cooking, practicing yoga, and reading classics in her free time. She also enjoys gardening and interacting with people. She is an expert cook and possesses wizard-like marketing skills, that have contributed to the growth of her brainchild – WhiteCub.

India is in the cusp of a vegan revolution. India has seen an unprecedented growth of start-ups in the recent past. According to report by McKinsey, India could add up to $770 billion—more than 18%—to its GDP by 2025, just by giving equal opportunities to women. Women entrepreneurs have the potential to contribute positively and be the biggest force in the Indian Economy in the coming decades.  Women are increasingly taking on leadership roles, leading businesses, helming start-ups successfully and one such area that are seeing a steady rise of female entrepreneurs is the vegan industry in India.

Veganism or the vegan market in India is still in its nascent stage. Experts opine that the early days of veganism have begun in India and the market is rapidly expanding. From vegan products, vegan food to vegan wear to clean beauty, veganism is slowly starting to pick up in India. According to a UN FAO report, meat consumption in India is lowest compared to the world due to the fact that 44 per cent of the 1.3 billion population being Hindus. According to reports, there were around 500 million vegetarians in India and only one per cent among them are strict vegans. So one might say, the total number of vegans in India is around five million. As we can see, there is a huge market for veganism and vegan products in India, and one of the factors that is leading to the rise of veganism in India are women entrepreneurs and women led start-ups that are transforming the vegan market in India.

Women being the early advocates of Veganism in India

Women today are being pioneers of plant-based health and nutrition in India. They are advocating for plant based diet and lifestyle through seminars and workshops. Some have gone ahead to find their own company while others are serving the cause by starting their own NGO and advocating for veganism. There is health; wellness and fitness tread sweeping across the country. And women are not behind. In their goal to pursue health and achieve their fitness goals, a lot of people specially women are turning to plant based foods to meet their fitness goals. Some have gone ahead and to start their own plant based food brand. A lot of female YouTubers and influencers are spreading the message of veganism through social media, advocating for plant based foods and encouraging people to switch to a plant based diets. The journey, lifestyle and transformation of celebrities and influencers are encouraging others to research and know more about veganism. A lot of women in the medical profession are increasingly becoming aware of the harmful effects of meat and dairy based products. They are also advocating for veganism and encouraging people to switch to a vegan diet for the health and well being of people and the planet.

Women entrepreneurs are leading the vegan revolution in India from the forefront. From vegan shoes, vegan milk, vegan based FMCG products to Vegan Dabbawalas, women led start-ups are disrupting the vegan market in India. Veganism is no longer just limited to food choices or food products. It has expanded into beauty, fashion and other categories too. Female led start-ups are making vegan and cruelty-free shoes to promote sustainable fashion. Vegan, sustainable and cruelty-free fashion is on the rise. Women are championing the cause of social entrepreneurship and filling in the need-gaps of the vegan market in the country. Another category that is booming due to the new age start-ups in the vegan space is plant based meats that are in high demand especially in metropolitan cities. Female led start-ups are bringing to the market plant based meat, dairy alternative products like dairy free milk, dairy free ice-creams that are seeing an uptake among consumers in the recent past. Thanks to social media influencers and word of mouth marketing, increasingly more people are becoming aware and adopting veganism.  Female-led vegan businesses are on the rise in India bringing new organic, compassionate and eco-friendly products that all enjoy. If we look at the current Indian scenario we would understand that Veganism goes beyond food, it’s a lifestyle change. No wonder female led start-ups are focusing on bringing eco-friendly lifestyle products on our shelf through their business endeavors. From bringing lifestyle products to bringing long term sustainable solution, women entrepreneurs are solving various pain points the society currently faces today. As consumers are becoming conscious of what they eat, consume and use, there is growing concessions among people to switch to healthier products, food s and eco-friendly products. The result is people are not only switching to plant based products but opting for eco-friendly and cruelty products too. You can see the influence of veganism in the fashion and the beauty industry today with people opting for clean beauty and leather or cruelty free fashion.

The Evolving Vegan Market in India

India has a long way to go to become one of the leaders in the global vegan market. But it has come a long way since the veganism movement. India is primarily a milk loving nation. Therefore, it is not easy for society as a whole to change the taste palette, ethos and beliefs in a fortnight. However, the progress in the vegan market is positive and certainly in the right direction. The plethora of vegan products and vegan products range available in the Indian market today is astounding. While veganism is not new globally, India has still a long way to go. There is a lot of scope and opportunity in the Indian vegan market today. Women entrepreneurs and women led businesses and start-ups are the early adopters and movers and shakers in the vegan industry in India today. A love for animal, care for our planet and a passion for plant based lifestyle is driving the women entrepreneurs in the space to innovate and keep serving the underserved vegan market in India.

Why Do I Still Rely on Talented Individuals Rather Than ChatGPT?
The Benefits of Artificial Intelligence for your Business
What’s Your Value in 2023?
Transforming the Executive Search Industry & Making an Impact
Things to Keep in Mind While Setting a Business on an E-commerce Space
Why Should Businesses Choose Integrated HR and Payroll Solutions?
CONTACT US