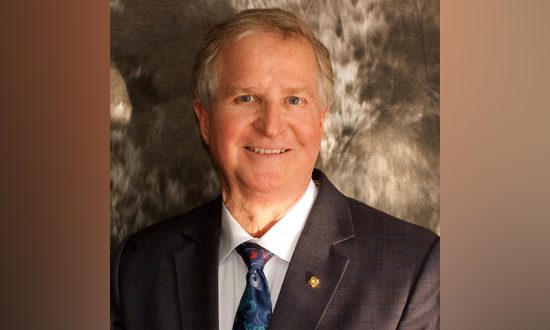 From joining the military at a young age to excelling at civilian jobs to establishing not one but 4 companies, Dr. Randall W. Jones’ (Founder & CEO of Bot Image, Inc), the entrepreneurial voyage is nothing short of revolutionary.

A Glimpse into a Successful Career

Soon after graduating from high school, Dr. Jones enlisted in the military. At this point, he became aware of his leadership skills. His peers respected his judgment and followed his directions. He always had a laser-sharp focus and a disciplined persona; he was and continues to be extremely hard-working and outcome-oriented. Dr. Jones was readily promoted in his first civilian job due to his professional traits.

Later on, Dr. Jones pursued his Ph.D./MBA (Dr.Eng.) from Texas A&M in the field of EE (electromagnetics) with emphasis on MRI antennae and a master’s thesis in RF hyperthermia leading to employment in the MRI industry and rise to Director of Operations of a company now publicly traded. In 1993, Dr. Jones decided to walk on the entrepreneurial pathway just like his father, who was also a serial entrepreneur. Establishing -Resonance Innovations LLC was just the beginning for Dr. Jones. He then established ScanMed LLC, FirstSCan LLC, and now leading Bot Image, Inc.

How did Bot Image, Inc Come into Existence?

“One of my key inventions through ScanMed was and is a dedicated wearable pelvic-prostate MRI antenna whose specific aim is to improve prostate and uterine cancer,” shares Dr. Jones.  As he began traveling about North America and Europe assisting in the installation and sales of this device, he became very familiar with the state of radiology interpretation of prostate MRI as measured by the radiologist’s ability to detect clinically significant cancers and distinguish them from other abnormal anomalies such as BPH and prostatitis.

However, the downside of this experience was getting a closer look at the radiology community’s poor accuracy record and the inferior methods used by them to detect prostate cancer. It made Dr. Jones determined more than ever to find a better solution. “I met the head of abdominal MRI of the National Institutes of Health during a Prostate Cancer MRI meeting and found out that his team had just completed a prototype software to interpret prostate MRI. Long story short, Bot Image, Inc. ended up with me, and my team commercialized it over the next couple of years,” reveals Dr. Jones.

Incepted in late 2018, Bot Image™, Inc is a medical imaging software company with a mission to blend artificial intelligence (AI) with other diagnostic mediums and bring about substantial improvements in clinical outcomes where it matters the most: improved cancer screening, detection, classification and grading using non-invasive imaging technologies such as MRI and CT.

Commenting on what makes Bot Image unique in the diagnostic industry, Dr. Jones states, “We are the first in North America to create and successfully complete clinical studies proving the company’s first software product’s (ProstatIDTM) ability to both diagnose and detect prostate cancer in MRI using mpMRI or bi-parametric MRI.” In the coming years, Bot Image’s vision is to refine its technology and utilize the same baseline AI algorithms to address the early diagnosis of other cancers and COPD.

As the Founder & CEO of a start-up company, Dr. Jones benchmarks the performance of Bot Image based on its numerous accomplishments achieved in a short period. He further shares that Bot Image has created an MRI system-agnostic AI software product, developed as a Software as a Service (SaaS), installed it at numerous test sites with great reviews, conducted two clinical studies involving 25 radiologists from around the USA, and is on the final administrative review of its FDA submission. Moreover, it has many customers waiting on the announcement of FDA approval expected by mid-August this year.

At Bot Image, Dr. Jones created a working environment based on his leadership experiences. This is where employees are motivated to work hard and deliver outstanding performance to meet the company’s goals and vision. When it comes to Bot Image, Dr. Jones runs a very ‘tight ship,’ and his management team understands and follows his philosophy of spending with a firm purpose. “We have achieved significant milestones for a fraction of the monies that I see published in various sources that focus on investing in such companies,” mentions Dr. Jones.

Revealing Bot Image’s ongoing projects, Dr. Jones mentions, “We are currently working on an improved version of our existing software that has the challenging goal of discriminating between less aggressive and more aggressive cancers. Besides this, we are also working with the marketing/PR team on preparing a major announcement of FDA approval as well as announcing a Series A round investment offering.”

As a practice, the team of Bot Image routinely interacts with and gains feedback from its users. On the other hand, their clients have praised Dr. Jones’ efforts towards simplifying prostate MRI interpretation.

Dr. Benjamin B. McDaniel—an early user of ProstatID, states, “The problem with most translational science is that you seldom get good feedback between the scientist and the end-user. He has achieved what no one else can by being relentless, actively working on both ends of the process without the middlemen, and learning from failures. Physicians are trained to understand a complex system and work within it. Randy [Dr. Jones] reimagines the system itself. The Elon Musk of modern MRI development.”

Similarly, another early user of ProstatID and also the CMO of Bot Image, Inc.—Dr. Patrick D. Browning calls Dr. Jones a driven and talented inventor and entrepreneur who can balance the competing demands of scientific development and running a successful business.

Being a part of the radiological space for more than two decades, Dr. Jones comprehends the challenges that come with the territory. He states that to succeed in medical devices, one must have the knowledge, technology, fortitude, and creativity to create a better product and get that product through regulatory processes such as the FDA. On top of it, competition is always present and threatening; hence, time is never on your side.

“Fortunately, I could turn to my colleagues and contacts for advice, clinical data, clinical partnering in studies and academic papers, and occasionally investments,” asserts Dr. Jones. “One must have the quality of perseverance in all cases because overcoming obstacles is never quickly accomplished.”

A Sneak Peek into the Life of a Serial Entrepreneur

While building his business from the ground up, Dr. Jones used to put around 60 -70 hours of weekly work. However, soon after turning 60, he adopted a healthy work pace to stay fit. Dr. Jones also shares that pressure and stress can be controlled by working out and eating healthy. Off work, his favorite things to do are dining and traveling (pre-covid) with his wife and partner, and fishing trips during the summer or hunting in the fall. These interactions with nature give him a clean disconnect from work.

In the wake of the pandemic, Founder & CEO Dr. Jones instituted a mandatory mask and vaccination policy at Bot Image until the first waves had passed and then eliminated masking after everyone had been vaccinated and boosted. Even if employees were suspicious of COVID-19 infection, they continued to work from home.

Similarly, in the post-pandemic times, there will not be any necessary operational changes made at the workplace. Being a software company, Bot Image’s SaaS works automatically without human supervision on cloud-based computers. The sales and marketing staff conduct most of their activities via Zoom or email because it is far more efficient and less costly. “We will attend important trade and scientific conventions in person, but that is just back to normal business for this team,” shares Dr. Jones.