An Iconic Salesman by Choice 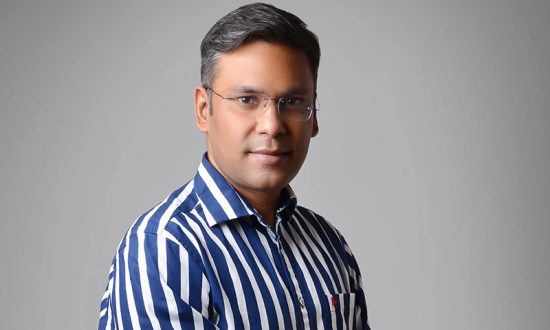 Completing his schooling from St. Peter’s College, Agra, Priyaranjan Kumar did his engineering from JSSATE, Bangalore, post which he completed his MBA from XIM Bhubaneshwar. Considering himself to be an ‘Aam’ student, he would score just above the 50th percentile, knowing what to study to pass the exams. He was always interested in learning life skills, where he would rank himself at the 95th percentile. “The most valuable lesson I learned was there is always a solution. Our situation is like the flow of water. The beauty of water is you can’t stop it, it will always find a way out. The second lesson I learned was about objective competition. In a quest to beat others, one should not lose the focus on winning the championship”, reminisces Priyaranjan, Chief Operating Officer, Iconic Fashion India.

An engineer by education and a salesman by choice, Priyaranjan has consciously tried to build a multi-sector, multi-geography, multi-culture fungible work profile. “Starting my career with selling Aluminum Roofing Sheets, I have been associated with diverse product categories like OTC Medicines, Alcoholic Beverages, Chocolates, Personal Care, and Apparel across India, from Mumbai to Delhi, then Bangalore to Kolkata, and now Gurgaon”, says Priyaranjan.

Believing that the difference between a good driver and a great driver is his ability to control the old, new, fast or slow vehicle and manoeuvre smooth, hilly or broken terrain, Priyaranjan joined Iconic Fashion to get the thrill associated with driving a different vehicle on an entirely new and rocky road. “My past experiences have given me the confidence to overcome any situation or challenge. The only reason for my success in Organized Mumbai to hinterland Haryana to linguistically different South India to the culturally different East India has been Common Sense, Simplicity, Speed, Scalability, and Sustainability”, opines Priyaranjan.

Having had close to 14 Line Managers, Priyaranjan has consciously tried to identify at least one aspect of each of their personality, which he would omit from himself. “For example, there was a person who was extremely passionate but indecisive. So, I built on my decision-making skills. Thus, all of them have been an influence, the only thing I have retained is my core personality and strengthened it by removing the qualities which I identified were the weak points in them”, adds Priyaranjan. 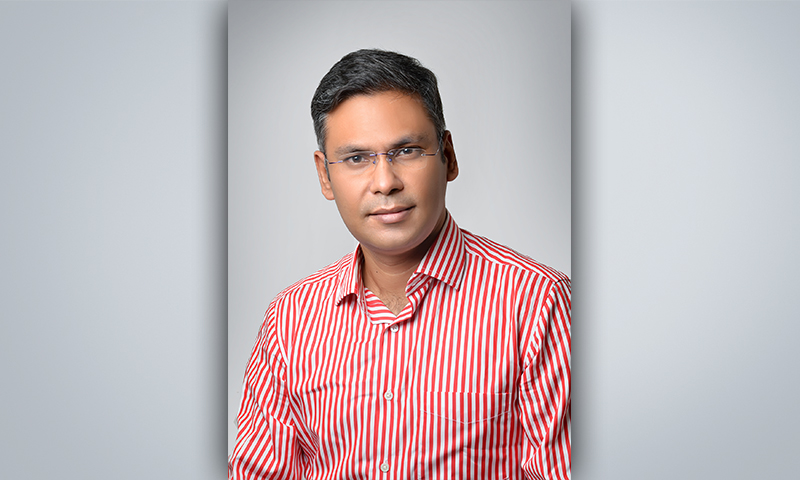 Completely taken aback by the Pandemic, the first couple of weeks went in a daze, after which Iconic Fashion India started to come to grips with the challenge at hand considering that the revenue would be next to nothing with fixed costs mounting every month. To cope with the hard times without hindering the business, Priyaranjan came up with 4 things that had to be tackled on priority. “First thing we did was to recognize it will be a long haul, and thus the planning had to be for April 2021. The second was to take a long, hard and objective look at the Stores P&L and consequently close ‘no hope’ stores. The third was to attempt to convert the model from an 80% fixed cost to a variable cost model to prepare for only 50% recovery in sales for the year. The fourth was to quickly come up with alternate channels of customer sales and service which included E-Commerce and V Commerce where V stands for Video”, says Priyaranjan. Having done almost a good job of reacting to the Pandemic Lockdown, Iconic Fashion India did experience some collateral damage. Still, they plan to get back on track as soon as the market recovers.

Following a combination of Inspiration, Patience, and Sanity in approaching his subordinates, Priyaranjan advised his team to prepare for the worst and expect the best out of the situation.  He quips, “I kept the inspiration momentum going by sharing my vulnerability with the team and be completely transparent about the discussions happening at the leadership level. It was important to make everyone understand that this is a temporary situation and would resolve; thus, it required patience as no one knows the time of resolution. It’s best not to cycle in a cyclone”.

Following the mantra, “the Voice of Customer is the Voice of God”, Priyaranjan has simply listened to that voice and designed all plans based on what the customers want. Trying to change the approach from inside-out thinking to outside-in, he says, “We are progressing to Net Promoter Score, Buyer Non-Buyer Feedback, One of its kind Loyalty program, WhatsApp Engagements, Home and Video Shopping, and streamlining Internal systems & processes to support this”.

Taking the 5-minute decision rule and no parking & procrastination principle seriously, Priyaranjan maintains an excellent work-life balance. “I keep meetings to a minimum, and negligible PowerPoint presentation, which I believe is a productivity destroyer. I try to work under my locus of control, and I’m paranoid about solutions, as I believe, if there is a situation, there has to be a solution”, opines Priyaranjan.

Climbing the Ladder of Growth

With a career spanning for 15 years now, Priyaranjan has achieved many milestones, but the ones he truly values are the ones that have made a significant value addition for the people and business. He adds, “The first one is the closest to my heart because I have been instrumental in changing the lives of quite a few of my team members. I have seen how they have grown from Channel Partner Executive to Senior Managers and Fashion Assistants to Store Managers. The second one is safeguarding the citadel of Pantaloons, which was the East Zone from the marauding competition. We reached customers before the competition could, thus protecting market share and consumer loyalty”.

Priyaranjan feels if you are not failing, you are not trying enough. Though there have been mistakes, thankfully no disasters. There have been many tactical mistakes in appointing channel partners, team members to running incorrect promotions and Capex, which were easy to correct as a result was immediate. “The real learnings came from the strategic ones, which happened early in a career like following a herd mentality, not saying no to what I believed was wrong, and not reacting at the right time. These taught me hugely valuable lessons of following one’s mind and hunch, standing up for what one thinks is right and acting at the opportune moment”, quips Priyaranjan.

The Indian Fashion Industry had been operating at Season minus 4 vis a vis Milan, Paris, and New York about a decade back. The last 5 years have seen a dramatic shift in this as more and more Indians have become global citizens, and disposable incomes have been increasing exponentially. The rapid technology scale-up in India built on the mobile data platforms has made fashion completely democratic, thus cutting down all the season differences between Paris, Milan, New York, and Mumbai. Today Indian consumer is more demanding on value, and cutting-edge fashion as any in the world, and Millions of Indians are changing the positioning scenario from supply-led to demand-led.

Having initiatives in the pipeline which will enable the Indian consumer to get the experience of Nordstrom sitting in Bhopal, Priyaranjan aspires to lead this change through Iconic Fashion India, by offering the choicest of International labels and designers to wear for their fast-evolving needs. Having made plans till April 2021, Iconic looks forward to going on an overdrive to strengthen customer engagement by introducing newer international labels and designer wear, innovative demand generation techniques, and never before done loyalty program. “Once we have solidified our base, we will aggressively expand our distribution reaching new towns. There are 80 cities in India where there is a functional airport, which are our prospective store locations. The plan is simple; Survive, Revive and Thrive”, concludes Priyaranjan.