Home /LEADERS' INSIGHTS/Artificial Intelligence in the Restaurant business, is it Truly Beneficial

Artificial Intelligence in the Restaurant business, is it Truly Beneficial 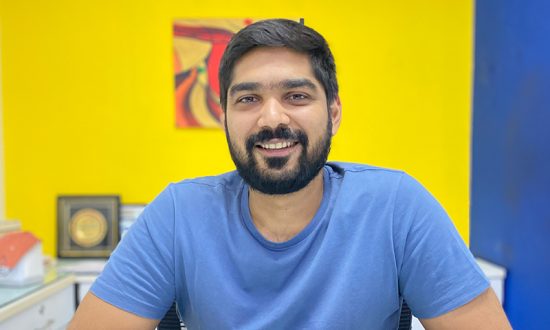 Shaival Desai is the Vice Chief Growth Officer, Petpooja, a next-generation restaurant management platform offering state-of-the-art POS (Point of Sale) software to manage restaurant billing, inventory, online orders, menu, and customers. Fondly known as the Google of Petpooja by his colleagues, Shaival oversees the company’s marketing, advanced products, in-house sales, and training. Along with his team of professionals, he also plays an instrumental role in building Petpooja’s advanced products such as Voice Ordering KIOSK, Order Serving Robot, Waiter-calling devices, etc. Aside from these core responsibilities, Shaival drives SaaS implementation at the company to streamline the processes for the other teams.

AI-led technology has become the mission-control technology for many businesses. It has developed & merged itself so well in our lives, that many aspects of our daily tasks might seem hard without AI-based technologies. Just like every other industry, this tech has also been able to become a crucial aspect of growth in the Indian F&B sector & retail food businesses.

The technology of voice ordering kiosks, chatbots on restaurant websites, kitchen robots, and even menu recommendation systems are a few of many AI-based techs which are customer-facing & have become essential for better customer management.

Systems such as voice-ordering machines are basically very similar to the virtual assistant technologies developed using voice recognition. These systems are trained to understand what their user is saying, process the information, & fetch the desired results. Even though this tech is fairly new in India, customers & businesses are eager to employ them. Given that the restaurant industry in India is so pact with competition, such technologies definitely give an edge to the businesses over their competitors to attract more customers & simplify their operations.

With voice ordering, for instance. Customers don’t need to be present inside the restaurant anymore. They are getting what they want when they want from the doorstep. This technology is helping cut costs in settling infrastructure & labour costs. Plus, it is empowering customers into helping themselves. Obviously, since this technology is AI-based, it keeps learning from its previous orders & provides ideal recommendations. The system is linked with the restaurant’s billing software or inventory system so the owners don’t even need to worry about keeping track of the core operations of the restaurant business.

Even the restaurant POS software is being revamped with AI to make it effective; both in restaurant operations & customer management. No doubt pandemic was terrible for the restaurants. But at the same time, it prompted businesses to adapt to every tech, business model & management solution that could help them sustain & in fact, exceed their previous performance. And since this created demand for better solution providers, POS systems too had to be better at their jobs. AI-based recipe suggestion, inventory procurement & the entire CRM of the restaurant industry has been brought into existence & being actively used because of the POS tech. Unlike the prior scenario where restaurants only existed to cater & waited for customers to approach them, now businesses know what the customers want & are offering value-based services to the market.

Kitchen robots are another fascinating invention based on AI. These robots are efficient chefs & quick learners. This technology is being extensively researched & developed right now. The robots are trained using video annotation & 3D cloud annotations. They have developed to the point that they can suggest recipes out of provided ingredients, cook & even serve food. Even though out of all the restaurant industry tech, it is the most expensive one, I don’t see it too far in future when it would become an integral part of commercial kitchens. Another kind of robot that has been working outside the kitchen is the AI-based robot waiter. This tech is quickly adapted in India. There are restaurants in Hyderabad, Noida, and Chennai where you can see these robots working efficiently to serve customers & ease the redundant functions of the staff!

To paint a bigger picture, it would still be long before these technologies become an integral part of Indian SMBs. Here we still believe in human-based operations more than technology doing things. Truth be told, these restaurants don’t need these technologies nor do they have the capital to acquire them. In addition to that, their audience is not well-versed with such a system. They too, in fact, prefer the human touch added to their services. But the industry is curious to learn about AI. It is a word that is trending in the tech faction of every industry. Right now, for the Indian SMBs, it is very much like standing outside a high-end candy store and looking inside through the glass. All we can do for the time being is amuse ourselves with it until we get our hand on it!

Why Do I Still Rely on Talented Individuals Rather Than ChatGPT?
The Benefits of Artificial Intelligence for your Business
What’s Your Value in 2023?
Transforming the Executive Search Industry & Making an Impact
Are Children our Best Investment?
The Urgent Need for New System-Led Leadership
CONTACT US