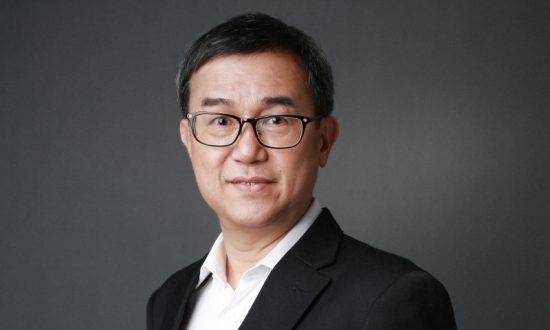 Prof Dr Jack Sim is the Founder of the World Toilet Organization and Creator of the UN World Toilet Day 19 November unanimously adopted by all 193 countries of the UN General Assembly. Its effective advocacy brought access to proper sanitation to about 1.2 billion poor people over the last 20 years. He is also the Founder of the BOP HUB with the mission of Designing Business to End Poverty.  He named Time Magazine’s Hero of the Environment 2008, Schwab Fellow of the World Economic Forum 2016, Ashoka Global Fellow 2017, Queen Elisabeth’s Points of Light Awardee 2018, and bestowed an Honorary Doctorate by the University of Strathclyde in Glasgow in 2022.

We’re like refugees after a major war that devastated our planet, our livelihoods, and our norms. In the aftermath of the Covid crisis, the world is now facing high inflation, failure states, massive bankruptcies, joblessness, mental health crisis, hunger, collapse of global institutions and people’s uprising.

Clearly Capitalism and Consumption Growth as an economic model is unsustainable, as it led to concentration of wealth and also concentration of industries with money in the hands of 8 billionaires owning as much as the lower half of the human population, with the ability to distort distribution of wealth to fulfill their masculine egos.

Imagine our global economy is a human body, but only the stomach (the rich) is growing rapidly and disproportionately, while the lungs cannot breathe (the environment), the mouth cannot taste ( poverty hunger), the hands and legs cannot work (joblessness) and the heart cannot beat (empathy deficit), the brain cannot coordinate (deterioration of global institutions) and the eyes cannot see far ( short-term populism politics). Such a dysfunctional body cannot live for long and will surely die.

Yet, instead of restoring order, major countries are resorting to trade wars and shooting wars to decide winners and losers. We are led by macho super-powers who drag the ordinary people into conflicts causing inflation, poverty and hardships, even while droughts, forest fires and floods are simultaneously happening everywhere due to our over-consumption growth economics model.

We now need to find and facilitate a new breed of System-Led Leaders who can think for the whole body and not merely wealth accumulation.

Past partialist approaches have distorted and choked the flow and harmony of the entire ecosystem. To succeed this time, we need all stakeholders to redesign a new World’s Economic System to mimic the sustainability of the forest, where everything is conserved and nothing is wasted.

The biggest waste in the world is Ideas Waste. If we can recycle and adaptively reuse good ideas, we can scale all ideas, solutions, business models, technologies and their interaction; we can produce a self-sustainable global economy to achieve all the 17 UN Sustainable Development Goals over the next 2 or 3 decades. (Even though we might miss the 2030 target deadline).

When Singapore became an independent nation in 1965, our per capita GDP was the same as Kenya.

Over the last 57 years, I’ve witnessed how Singapore transformed itself from a 3rd world country into a 1st world nation with the 4th highest per capita in the world. We did this by refusing foreign aid or charity. Our strategy was to unlock the spirit of enterprise and good work ethics of our people and become the Switzerland of Asia, whcih we did.

We can learn from the Singapore model how to attract foreign investments, train locals with skills to reach full employment rate, generate local velocity of money and multiplier effects, remove corruption, provide 80% of affordable public home ownership, and develop clean honest and stable government that can plan 30 to 50 years ahead for the nation. https://www.bbc.com/news/business-32028693

In 1978, China replaced its former dysfunctional communist economic model by adopting the Singapore economic model and has since gotten 800 millions Chinese people out of poverty, by becoming the factory of the world. https://www.journalofdemocracy.org/articles/china-and-the-singapore-model/

Rwanda branded itself as The Singapore of Africa https://www.warpnews.org/innovation/rwanda-the-singapore-of-africa/ after its 1994 genocide and became the fastest growing African state today.

The 4 billion poor living on less than USD 8 a day is actually the largest Blue Ocean Marketplace Opportunity in the world. China’s Belt & Road Economic Plan will connect many of these marketplaces and unlock their potential through trade and prosperity. The European Union is now offering similar support to the Base of Pyramid countries and offering healthy competition to boost the attractiveness of these developing regions.

Clearly, the poor need everything from food, housing, water, sanitation, detergent and clothes to energy, home appliances, healthcare, transportation, ICT, education, entertainment and financial services. Investment in the poor and jobs creation can generate a high velocity of money and create a massive multiplier effect within their economies.

The Next Level: Cross-sector collaboration

There are today 4000 branded social entrepreneurs today with proven business and implementation models under Ashoka www.ashoka.org , Schwab Fellows www.schwabfound.org, and Skoll Fellows www.skoll.org . Their solutions cover all sectors from Agritech, Edutech, Fintech / Microfinance to Off-Grid Clean Energy to Foodtech, Health tech, eCommerce, ePayments, affordable housing, clean water, safe sanitation, nutritions, eGovernance, transportation, etc. If each of these 4000 solutions can be replicated adaptively into hundreds or thousands of other locations,we can create an efficient global marketplace for the 4 billions poor earning less than USD 8 a day and include them into our formal global economy and disintermediate plenty of extractive middlemen.

The way forward to achieving scale in social ventures is a collaborative effort to integrate solutions within sectors and across sectors with an inclusive approach involving all stakeholders: corporations, technologists, designers, policy makers, investors, philanthropists, academia, etc.  It is our hope that this book can help to facilitate this collective learning about how to create markets at the Base of Pyramid.

Let’s redefine a billionaire as one who improves the live of a billion people and create impactful people instead of greedy people.

The Benefits of Artificial Intelligence for your Business
What’s Your Value in 2023?
Transforming the Executive Search Industry & Making an Impact
Bring the Zing – 5 Keys to Powerful Presentations, Briefings, and Meetings
Artificial Intelligence in the Restaurant business, is it Truly Beneficial
How to Save Money on Your Move?
CONTACT US