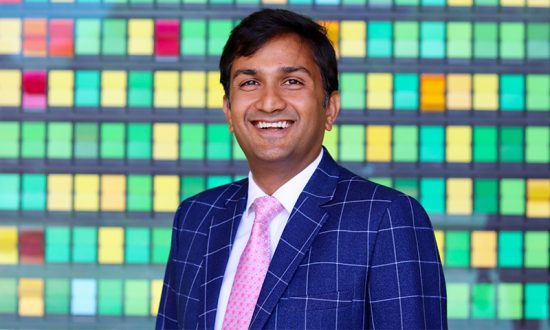 Neeraj has spent over 10 years building the company from the ground up to become one of the fastest-growing CPG companies in India. At Hector Beverages, Neeraj leads a team of CXOs handling several functions including manufacturing, finance, supply chain, human resources, quality, legal compliance, and information technology.

The world has come to a standstill fighting an invisible enemy. But, at Hector Beverages – better known as the producer of Paper Boat Drink – Neeraj Biyani is super busy. Hector Beverages being a responsible ‘essential service’ business cannot halt its operations. Being its Chief Operating Officer, Neeraj needs to ensure that everything runs without any major complications. The challenges are many in this process. “The first challenge that we face is to ensure the safety of all our employees and their families. Our COVID-19 response team has remotely trained all employees on ways to practice social distancing and the importance of staying at home,” says Neeraj.

Hector Beverages has a hotline number for employees to call if they experience COVID symptoms so that the company can coordinate required medical assistance. The team has also helped employees to transition into ‘work-from-home’ environment. However, not everyone at Hector Beverages can afford to work-from-home. As a food products company, Hector Beverages needs to continue its operations practising social distancing, which is both challenging and expensive. Neeraj shares, “We have procured passes for a limited number of people who work in our manufacturing facilities, depots and retail outlets to ensure continuity of supplies in these challenging times. It is humbling to see how our front-end employees are risking their own lives in dedication to provide service to our nation.”

In a Black Swan event like COVID-19, even businesses that appear to be in good financial shape may not be immune. “Like any other business, in these trying times, we are super-conscious about preserving cash. We have revised our business plans to suit the most probable economic recovery path,” states Neeraj. Unlike many in the business, Neeraj has been very transparent with their changed plans, and he shares revised business priorities with everyone in the company. He pinpoints, “My approach to leadership has always been to foster a relationship of trust and honesty. In today’s situation, people must trust in one another.”

Too often we say, trust is the glue that binds the leader to her/his followers and provides the capacity for organizational and leadership success. Neeraj says, “We have been successful to work with most of our vendor partners and distribution partners to alter our plans in light of COVID-19 and disrupted operations. Our focus is to ensure that no one loses in this pandemic unfairly. We have a long-standing relationship based on trust with all our partners, and they have been most forthcoming to come up with innovative solutions to tide over these trying times.” 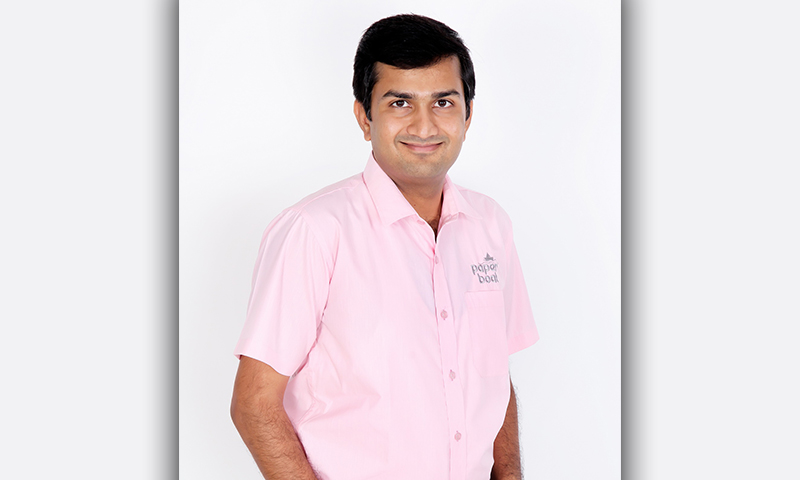 “I don’t consider any job as safe. If one stops adding value to a job, that job will soon become unsafe. Being an entrepreneur is a matter of personal choice often driven by risk-preference of an individual,” opines Neeraj. No one would have thought that by bottling traditional Indian drinks such as Aam Panna, Jaljeera and Aam Ras, an ex-employee of Coca-Cola would make them run for their money. Interestingly, three of the four co-founders of Hector Beverages share a common background – a stint with Coca-Cola.

Neeraj recounts, “I thoroughly enjoyed my job at Coca-Cola. In about six years with the company, I encountered four different roles in which I learnt very distinct skills.” Neeraj would agree that his success at Coca-Cola led him to distort the risk-perception of starting something on his own. For him, the journey from a large corporation to a startup was quite transformative. He adds, “It is much easier in the world to perform when you have a visiting card with a brand such as Coca-Cola printed on it.”

When Neeraj left Coca-Cola, he underplayed the risk of a startup, significantly making the path look less-riskier rather than meticulous evaluation between the choices. “Being successful at Coke gave me the self-confidence to take the risk. And then, there is always a selection bias,” shares Neeraj. All aspiring entrepreneurs read about successful entrepreneurs, and everything about them seems logical in retrospect. “Transitioning from a job to entrepreneurship is a biased decision. No one thinks about the odds of failing, which numerically speaking, is pretty high. But then, who says entrepreneurs are logical people?” asks Neeraj.

Start-up gives Neeraj a different kind of pleasure. He says, “First, there is a feeling of creating something from the start, which gives an adrenaline rush that is difficult to explain in words. Second, the startup allows working on something close to your heart.” Entrepreneurs are indeed a different breed of problem-solvers. “Even though most of the entrepreneurs pivot their initial idea multiple times before finding product-market fit, the exploration of pivots itself is intellectually stimulating. Lastly, there is always hope for delayed financial gratification and leaving a legacy which increases an entrepreneurs’ resolve and grit,” explains Neeraj. 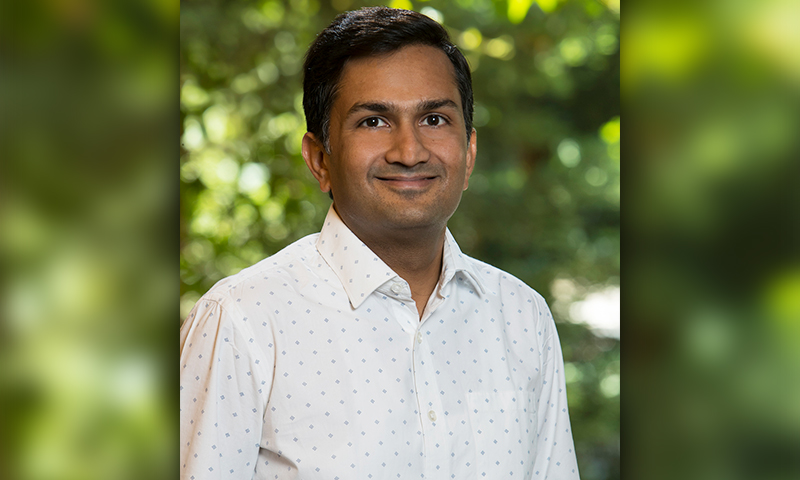 Before Paper Boat, Hector Beverages had launched ‘Frissia’, a protein drink, followed by the energy drink ‘Tzinga’ in 2011. Though both drinks failed to create waves, Paper Boat that was launched in 2013 became one of the fastest-growing consumer brands in India. “We did not know if Paper Boat will take-off the way it did. It was more of a trial launch for us to test the depth of the market. However, once we saw its velocity on the shelf, we knew that we should just focus on Paper Boat. We stopped everything else that we were doing in the company,” shares Neeraj. Today Paper Boat offers a range of fruit-based ethnic drinks such as Jal Jeera, Aam Panna, Aam Ras, Alphonso Aam, Jamun Kala Khatta, Chilli Guava, Nimbu Pani, Kokum, Kanji, Sugarcane juice, Lychee Ras, Apple and Orange. It also has a range of milk-based beverages including Neer More, Butter Milk, Badam Milk and Thandai.

However, doing something that nobody has done before comes with its own set of challenges. Sourcing the right raw material was one of the first problems Neeraj and his team faced for Paper Boat launch. Till they started making ‘Aam Panna’, no pulp company processed raw mango pulp at an industrial scale. The company had to develop a complete back-end supply chain for it. “Apart from back-end supply chain issues, another challenge we faced was front-end distribution. We found it very challenging to scale distribution to keep up with the pace of consumer demand,” recounts Neeraj. Hector Beverages presently has seven manufacturing facilities. “Our immediate plan is to scale distribution. Paper Boat should not be restricted only to the consumers residing in Metros. The brand has a much larger appeal, and we need to go deeper into India,” shares Neeraj.

Like any entrepreneur, Neeraj has made his share of mistake and errors in judgements while solving many challenging problems throughout his journey. “Hiring the wrong talent to catch up with the speed of scaleup is one of the biggest mistakes I have ever made while scaling Hector. Not only that had an impact on us financially, but also it started to change our culture,” says Neeraj. It was a painful reminder to Neeraj that degradation of the company’s culture is always a gradual event. It is often missed or overlooked – the biggest blind-spot for any company. He adds, “We need to guard the company’s culture at all times. For want of execution speed or short-termism, we cannot compromise on that.”

However, a true leader is someone who learns from his mistakes. Neeraj, from his mistakes, has developed some principles that now help him in problem-solving. They are, he explains, “Build a team with A players. It is humanly not possible for an entrepreneur to solve all the problems by themselves. Then, metricize the decision-choice between persevering and pivot. It means we need to have a pre-determined picture of success, which will help us in taking decisions unemotionally. Finally, have a bias towards action. Decisions at startups are not intellectual debates.”

Neeraj believes that innovation largely depends on the culture of the organization. Today, the team at Hector Beverages are the real heroes. They have been able to create products that are loved by millions of consumers. Neeraj proudly claims, “It is difficult to create the portfolio that we have. For many of our products, we had to develop the supply chain right from scratch. We have also redesigned many manufacturing processes to suit our unique products.” When it comes to taste preferences of consumers, Hector Beverages has set high standards. “To deliver on those yet remain committed to our promise of no colours, no artificial flavours and no preservatives, is just hard and requires a lot of innovation – in recipe development, sourcing and manufacturing,” explains Neeraj.

The team at Hector Beverages is tightly knit with communities. The company works with farmers, fruit processors, and waste collection agencies to move towards a sustainable ecosystem. Neeraj proudly says, “We have directly and positively impacted thousands of farmers towards bettering their lives, and to me, that is the biggest achievement since inception.” In 2016, Hector Beverages ventured into ethnic Indian snacks. They launched Paper Boat chikki, which is a Fair-Trade product. This certification ensures that everyone involved in the making of a product is reasonably employed and paid. The company procures its groundnuts directly from a farmers’ collective near Rajkot in Gujarat at the Fair-trade minimum price. 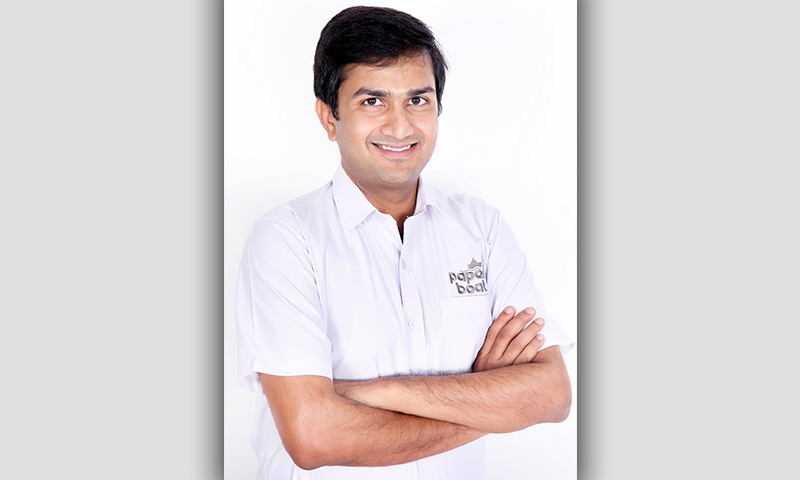 Education that Shaped the Entrepreneur

Talking about his life as a student, Neeraj says, “I grew up in a small town in East India. There were no good colleges in my town, so for my graduation, I moved to Shri Ram College of Commerce in Delhi.  Staying at SRCC hostel, I made some of my deepest friendships. I was also involved in some of the student committees that honed my leadership skills.” After completing B. Com from Shri Ram College of Commerce, Neeraj joined for MBA at MDI, Gurgaon. “At MDI, I was part of the founding team of India’s first student-managed mutual fund – my first stab at entrepreneurship and raising money. We raised money from students and professors to start a mutual fund with Rs. 1 lakh corpus.”

After ten years as the Co-Founder and COO of Hector Beverages, Neeraj did one more course, this time at the prestigious Stanford Graduate School of Business. To study a one-year program called The Stanford MSx, which is specially designed for mid-career professionals who are motivated to lead change and seek personal and professional growth. Neeraj shares, “During my time at Stanford GSB, living in one of the most stimulating environments in the world, I developed the ability to seek a broader perspective on issues. Each one of my class members brought a unique perspective that always led to better discussions and better outcomes.”

All through his life, Neeraj’s father has been a significant influence on him professionally. It was from him Neeraj learnt the value of hard work, calculated risk-taking, grit and determination. As a kid, Neeraj witnessed his father building his business. “During summers, my work at his office – tallying invoices, running to the bank and entering vouchers – used to be my crash course in business operations. Some of my deepest values – caring about others, having a long-term perspective, having empathy, entrepreneurial spirit of problem-solving – reflect my father’s values,” recounts Neeraj.

From Neeraj’s success as an entrepreneur and leader, we can learn one thing for sure – mistakes may happen, but, the one who learns from his mistakes will win the game at the end. Great leaders have shown us how success looks like and have proved that education and growth in our personal life are the secrets to long-term success in our professional life. That is what Neeraj advises to the people who want to become an expert in their chosen field: “Never be over-confident about your abilities. Never stop learning and always be inquisitive.”