Raeesa Mahomed has been active in the broadcasting industry for over 30 years. After graduating with a BA Honours in Culture and Media studies at the University of Natal, she made history by becoming the first female Indian television presenter in South Africa, as anchor person for East Net on M-Net. Since then she has enjoyed a long and rewarding career in radio, television and film. She has worked abroad, being based in London for two years and produced a TV series on Bollywood from Mumbai. She has been producer/presenter at Lotus FM radio station for many years and currently heads up the Drama, Religion and Language departments. 2010 saw the cinema release of her feature film, ‘For Better For Worse’, for which she wrote the screenplay and played the lead role. After surviving breast cancer in 2013, Raeesa went on a journey of self discovery which led her to being certified as a life coach and a Master life coach and transformational coach. She has been practicing for a few years and finds it extremely rewarding in helping and empowering others, especially women, to achieve the best version of themselves. Raeesa is the mother of two daughters and she feels this has been her biggest and most rewarding achievement. She has learned Kathak dancing, loves water sports, playing tennis and reading. She also loves travelling. Raeesa believes having a spiritual connection with a higher Being is vital to overall wellness and spends much of her time in prayer and spiritual reflection.

When I was 21 years old and didn’t really know much about anything, I changed my life through the power of self-belief and I didn’t even know what I was doing. Here is what happened:

First some background: From a very young age I was but by the acting and performing bug. I took Speech and Drama as my majors for my Bachelor of Arts degree which is unusual. I am a South African of Indian origin and Indian parents around the world (forgive the stereotype) favour medicine, law or engineering as careers for their children. I only wanted to do something in performance and entertainment and my supportive parents let me do it (they probably just wanted some peace). Then I saw an advertisement that the national cable television channel was looking for an anchor for their ‘Indian bouquet’. This was apartheid, in South Africa. There were no Indians on television which was dominated by white presenters. It was a totally new field but something instinctively told me that this was what I was meant to do, and that I would be perfect for this position.

I applied with an audition tape (yes it was a long time ago) and within a week got a polite rejection letter. No reason. I guessed it was probably because they wanted the anchor to be Johannesburg based and I lived in Durban, an hour’s flight away. I looked at that letter and thought ‘no way, this just can’t be, they did not listen to my audition’. I knew I was the right person for the job and couldn’t just leave things there. I called the offices of the channel and asked to speak to the Executive Producer. I finally got to speak to him a few days later after nagging a few people. He was curt. I told him he sent me a rejection letter and I’m sure there must be a mistake because he hadn’t listened to my tape. There was silence. ‘What do you mean’, he said. I replied, ‘With respect, Mr X, if you had listened to my audition, you wouldn’t have sent me a rejection letter’. More silence. ‘Ok’, he said. ‘I’ll get back to you’. I honestly did not expect to hear anything after that but at least I’d tried.

To my great surprise, he spoke to the editor of the local newspaper and the next day they called me and did a front-page article (with a huge colour pic) as a contender for the job. A week later I flew up to Johannesburg to do a live audition at the TV channel’s offices. The same EP personally told me that my audition was excellent but unfortunately they had to get someone based in Jo’burg as they did not want the expense of flying the presenter in to do links every week. I understood -as long as I had been given the chance to audition.

So as far as I was concerned, that was it. In the meantime, the media was building up to a crescendo in this historic search for the first Indian presenter on SA television. Finally, the EP called me personally to tell me I had gotten the job. So let’s just take a moment to understand this: I got the job out of 700 auditions when they didn’t want someone based in my city (because of the added expense), after originally getting a rejection letter. The media went wild. I was on the front, the middle and back page of every major (and minor) newspaper in the country and quite a few magazines. 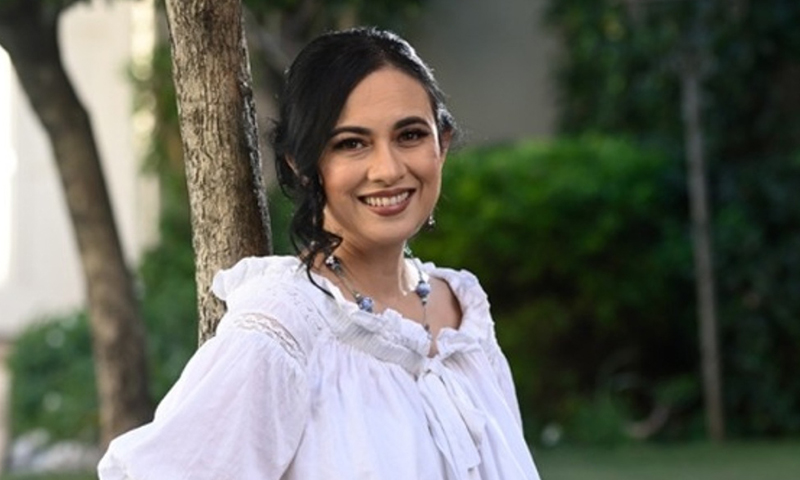 What happened here? Years later, when I was older and wiser, I realised that I made things happen through sheer conviction in my abilities. I believed in my abilities so strongly that I refused to take a ‘no’ from a major cable TV network. I didn’t think about what I was doing – I just did it because I felt so strongly – in my gut and every fibre of my being. I didn’t let the fact that it was a totally new and unknown field deter me. And that belief is what got me that job that 700 people had auditioned for and which launched my broadcasting career that lasted decades in TV, radio and film.

I have had lots of very low moments since then. I fell many times and learnt some hard and difficult lessons. I’ve had to pick myself up and dust myself down and start again. And I had excruciating self-doubt and felt hopeless. But I remembered that original self-belief clung to it (and my faith in God) and forged on to new highs.

Why am I telling you all this? Not to blow my own trumpet or tell you about how fantastic I am. It’s to convey to you that every one of you can do exactly the same if you allowed yourself to truly believe in your abilities and ignore everything or the person who tried to persuade you otherwise. Everyone has a talent and ability that is special and unique. You just need to believe in it, nurture it and act on it. And keep doing it, over and over. Never give up, never give in.

Why are beliefs so powerful? Because they are programmed into your subconscious mind as something you know to be true and everything in your life, every experience you have is filtered through and influenced by those beliefs. That is why beliefs are so powerful and can make anything happen. I help my clients change their lives by programming new empowering beliefs into their subconscious minds. You can start creating the life you want by changing your beliefs!

What’s Your Value in 2023?
Transforming the Executive Search Industry & Making an Impact
Bring the Zing – 5 Keys to Powerful Presentations, Briefings, and Meetings
Future Employment – Virtual Global Contractors
Listen to Your Customers They Will Tell You How to Network!
How to Lead in the Modern World
CONTACT US