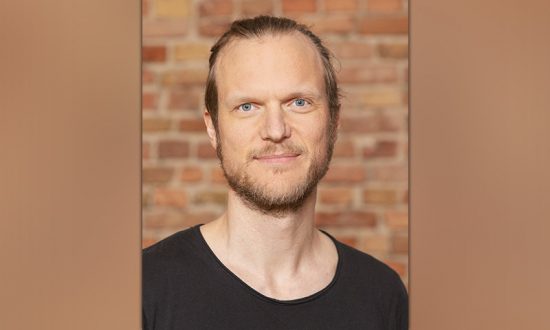 With over 10 years of experience in ad tech, Gijsbert Pols is Adjust’s Lead Product Strategist and leads the development of the company’s connected TV measurement solution. He has written multiple op-eds in industry outlets and is a regular speaker at mobile marketing events.

The connected TV (CTV) trend has been gaining momentum for a decade but was super-charged in 2020 when people found themselves quarantined at home. According to Nielsen, the total hours spent with CTV devices was up 81% from the prior year. And in 2021, we saw CTV ad spend soar, surpassing $16 million per advertiser in the U.S. —  an 8% increase year over year.

From HBO Max to Disney+ to YouTube, there is more content available through streaming apps than ever before — and while people do watch video on their mobile devices, 78% of people still prefer watching video on their TVs. In fact, 82% of U.S. households are reachable via a Smart TV or television with an internet connection. A surprising 55.4% of U.S. users watched YouTube content via CTV devices in 2021, according to eMarketer. In response to this, 60% of marketers have already shifted their ad dollars from linear to CTV and OTT advertising.

With 183.5 million CTV viewers in the U.S. alone, the opportunity for marketers is clear. However, as with all campaigns, attribution is key to understanding success — and this is where CTV struggled until the humble QR code emerged as a fix.

The QR code was one of the big winners in the pandemic. These handy little scannable codes allowed restaurants to make digital menus readily available, enable contactless payment, and, as we will explore here, make CTV ad performance measurable.

The promise of CTV

For advertisers, over-the-top (OTT) viewing services have one big advantage on cable or network TV: trackability.

By virtue of being connected to the internet, OTT and CTV hold the promise of interactivity..  People are in full control of what they watch and when they watch. Device suppliers are capitalizing on this increased interactivity, in part by allowing users to control their CTVs with mobile devices rather than with remote controls. This opens up a whole world of possibilities for consumers to engage with content in new ways — receive notifications or review content, for instance — but also to display the games they play on their phones on the TV device.

Some companies are truly trying to transform the CTV viewing experience and find new innovative ways to monetize viewers. For instance, Roku established its Television Commerce initiative, enabling click-to-buy on-screen products that blow traditional, linear viewing products out of the water. But, for the most part, CTV ads continue to look a lot like traditional commercials.

Meanwhile, most CTV inventory is not sold through mobile marketing networks making it hard for app growth publishers — or any other advertiser — to track and attribute results. This may change, but for the moment, measuring campaigns on CTV and across different platforms remains difficult. At the same time, CTV ad spend projected to reach $19 billion by the end of 2024 as viewership continues to grow. The performance tracking problem must be solved.

QR codes to the rescue

So, what can marketers do to track their CTV campaigns better?

As it turns out, it’s as easy as adding a QR code to your ad. Technically a QR code scan is like a click on an ad, in a sense that it takes a user to a different location — such as an in-app landing page or your app store listing. And in our increasingly privacy-centric world, QR codes offer advertisers the ability to reach users who have opted in to the highest levels of privacy along with a level of trackability.

How to use QR codes on CTV

Think of a QR code as a call to action button. You need viewers to interact with the code to move them to the next step in the journey, and hopefully take the desired action. Thinking of them as a call to action (CTA) can also help you create ads that help drive action.

For instance, just like with a CTA button, the ask needs to be clear. A CTA in an email or a mobile ad might say “Download Now” or “Register Today” and the message needs to be just as direct when you ask a viewer to scan a QR code. Make it clear why they are scanning the code and what will happen when they do. This may mean older ads require a bit of retrofitting to make the CTA clear, but putting in the extra effort will be worth it in the long run.

The QR code also needs to be easily scannable. Asking a user to get off the couch and scan the code, only for them to miss their chance and give up as their favorite show comes back on will not work. So be sure to consider the size and background of your creative. Make sure your QR is big enough to see, and has some dark space around it to ensure users’ phones can easily detect it.

Cryptocurrency exchange Coinbase went all-in on QR codes during the 2022 Super Bowl. The company ran an ad where a QR code bounced around a black screen — reminiscent of an old school video game or screen save — and it was so successful Coinbase had to throttle traffic to its website for a few minutes after the ad ran. In fact, over 20 million people visited Coinbase’s landing page in a single minute, and the app jumped from 186th place to second on the App Store.

While mobile app publishers have not yet fully embraced QR codes in CTV ads, there is promising data to suggest the strategy can drive big results. We’re seeing extremely promising results from clients who have implemented QR codes — including one who saw an 800% conversion rate uplift after adding QR codes to their CTV ads. So if you’re planning to get in on the CTV revolution, make QR codes a part of your strategy.

Technologies for Cardiovascular Disease: A 2023 Appraisal
Seeing Strategically
10 Recommendations On How To Negotiate Outsourcing IT Contracts
Shopping in the Age of ChatGPT: How the New AI Rage is Revolutionizing Retail Experiences and Consumer Goods Manufacturing
How Gaming Could be the New Social Media for Millennials
Creative Ways to Leverage Video Marketing for Growing your Business
CONTACT US