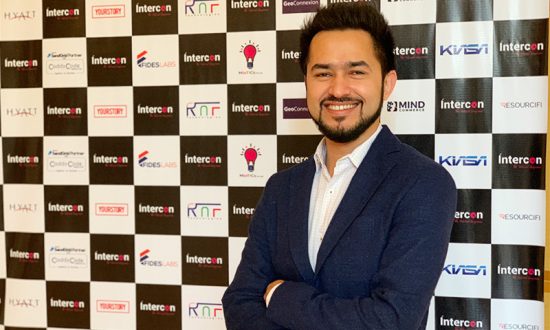 Since India announced nationwide lockdown to control the spread of COVID-19, internet consumption all over the country has been steadily rising. Daily active user (DAU) base across online streaming platforms such as Netflix and Amazon Prime video shot up by 122 per cent and 72 per cent month-on-month, respectively, between February and April, said a report by research firm KalaGato Pte Ltd. However, many people in India still struggle to access their favourite mobile applications due to inadequate or no network. So, what if there is a technology that can help users without an active internet connection to access mobile apps? A technology startup co-founded by Rohit Paranjpe and Ripunjay Bararia in August 2016, Margo Networks has developed and patented technology under its brand SugarBox, which enables users to access mobile apps and other digital services seamlessly without requiring internet connectivity.

“At SugarBox, the problem that we are trying to solve is somewhat becoming a basic need for everyone – affordable and reliable access to digital services. We are reimagining the way data delivery on the internet works making internet services more available, reliable, affordable, and contextual,” says Rohit Paranjpe, Co-Founder and CEO, SugarBox Networks. The startup uses a technology called Hyperlocal Content Distribution Network (CDN) that enables services to deliver high-speed content anywhere without users requiring any internet or data connectivity. Rohit adds, “The CDN and the entire internet infrastructure market worldwide have a bright future ahead. After COVID-19, everyone has experienced how fragile the internet networks are, and this provides a lot of opportunities in this space, as all aspects of the internet infrastructure go into their next phase of growth. CDNs and internet infrastructure services, in general, will also witness faster adoption across digital services and Apps.”

The Story of SugarBox

SugarBox started at the back of Rohit’s experience in running an over-the-top service and the problems that people faced for data reliability and affordability. “Jio for a brief period solved that problem. But we inherently knew that something needed to fundamentally change to solve this global issue, in an economically viable and sustainable model,” pinpoints Rohit.

In 2016, inspired by Jet Airways’ in-flight content feature, Rohit and his team built a prototype and carried out a pilot project at Goregaon station. The statistics were beyond imagination with people consuming 21 GB data per week, and some users ran through all 200 movies on the platform within 15 days! “This was when we knew we were onto something exciting and the next logical step was to approach a large content house to bring on board and launch this platform at scale,” says Rohit.

Indian media firm, Zee Entertainment Enterprises (ZEE) was quick to realize the potential of SugarBox. “Zee saw the opportunity that we were trying to tap in to, and the Zee leadership team saw larger synergies in what we were doing. They acquired SugarBox in April 2017,” states Rohit. After the acquisition, the focus of SugarBox was to integrate Zee5 and make it work using the platform, rather than creating a separate service with a limited use case. Once they started the Zee5 integration, Rohit and his team fully understood the mammoth task at hand.

“Delivering content using a hyperlocal CDN server is simple. Making a Digital service work without internet connectivity is a whole another topic altogether. This meant addressing user registration, personalization, security, payments, and ads – all of which requires sustained internet connectivity to function,” pinpoints Rohit. On April 2020, ZEE announced that it would invest Rs 522 crore in SugarBox. As per the reports, with the new investment, SugarBox will commence commercial operations across existing contracts like L&T Metro, Chennai Metro, NMMT, Kolkata Metro, and Indian Railways, and will also forge new partnerships to scale up its network.

“With the current investment, we will commence commercial services and scale up the network across public transport, revolutionizing the digital experience for over 300 million monthly unique users over the next 2 to 3 years. The short-term objective is to unlock over 2.5 bn hours of digital consumption monthly for consumers in a near captive environment, where access is otherwise limited due to patchy connectivity,” says Rohit. In the medium term, SugarBox will empower the next billion users worldwide to start using digital services in an affordable & reliable fashion, without having to purchase a data pack or an internet connection. “The long-term goal is to optimize the way data is transacted on the internet globally, making the internet over 30 per cent cheaper and 200 per cent faster,” concludes Rohit.

How does it work?

A Content distribution network (CDN) is a network of servers spread across areas that cache relevant data across internet services based on what gets consumed in each area. A traditional CDN installs servers in datacenters at an area/city/region level based on user density and demand. On the other hand, a hyperlocal CDN goes a little further and installs servers at places where consumers are present and where services are used (Transport, Rural & Public Areas, Residential & Commercial complexes, Retail & Hospitality, and many more).

For a country like India, this facilitates three essential ideas. Rohit explains, “It provides seamless high-speed access to consumers. As the user is accessing data over LAN, the cost of access reduces dramatically for the user, and this is amazingly helpful, as we all know that India is a highly price-sensitive market. Most importantly, anybody with a smartphone will be able to start using digital services without an active data plan or bothering about data cost or data limit.”

Being a Serial Entrepreneur

As an entrepreneur, Rohit has tried to solve a varied set of problems. The consistent part of all of them, however, has been to resolve issues that exist at scale, only to be sure of what he does can potentially impact billions worldwide. “In my first venture, Essence, I was trying to solve the problem of easy access to trusted and verified mentors. So, I set out on a journey to create a network of fitness, wellness, and professional coaches in India, as early as 2010,” recalls Rohit.

At his second venture, Mobie Infotainment, Rohit was trying to address the pain point of ever-increasing travel time and the sheer frustration/boredom that a person consequently faces during such time. “I intended to make their ride more productive, informative, and entertaining,” adds Rohit. Digitainment, his third venture, was trying to address the retail availability of content in the post-DVD era, along with access to content on user devices in the Edge and 3G era. Rohit explains, “We set up a unique distribution platform to buy digital movies at retail stores and started one of the first OTT services in India that could support video streaming, even on a 2G network.”

Over these years, Rohit’s most treasured milestone remains the first time he launched a product to consumers. “This was with Mobie Infotainment back in 2012, when we launched in-cab infotainment services. Everything that could go wrong happened at the time – our shipment got delayed; then got stuck at customs; finally, after we received it, our software malfunctioned; there was a power outage at the depot where we were installing the systems in the cabs the night before the launch!” recounts Rohit. The whole team of Mobie Infotainment was shuttling between the office and the installation depot for three days. Rohit adds, “All of us went 70 hours without sleep. The quality of the installation was a disaster, and I got two earfuls from the MD of the cab company the next day. But our system worked like a charm and put a smile on the face of the first consumer who got into the cab.”

During his life, there have been a lot of people, books and companies that have influenced Rohit professionally. The most significant impact on him has been of Gautam Sinha, CEO of CBREX. “I met Gautam back in 2010 – 11 when he had just sold his start-up and was angel investing. Those were the formative years for me as a professional. A lot of who I am as today comes from him. But probably, one of the most profound influences, which continues to be a guiding principle for me was Gautam’s clarity of thought and his focus on fundamentals – if unit economics don’t make sense, whatever the engagement metrics are, the business still doesn’t make sense,” concludes Rohit.