The Dhartipakads of Indian elections: Shedding literary light on Indian political mavericks who contest poll after poll with a never-say-die spirit 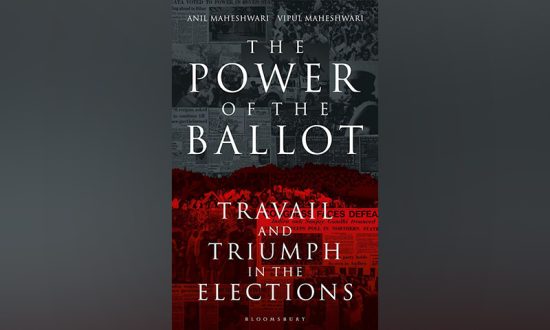 There are a sizable number of those in India who contest elections after elections but remain undeterred in their never-say-die spirit. The death of Narendra Nath Dubey ‘Adig’ at Varanasi recently, who contested every election as an independent candidate since 1984, losing even his security deposit every time, has brought to the fore the saga of such mavericks who add color to Indian elections. They are called Dhartipakads. Translated literally, Dhartipakad means ‘one who clings on to the earth’ (dharti = earth; pakad/pakar = grasp). The word suggests both tenacity and defiance.

Adig was not alone. Such personalities across the states enter the fray notwithstanding stands taken by the Elections Commission of India from time to time to deter them.

Narrating the tale of Dhartipakads, a new book “The Power of the Ballot: Travail and Triumph in the Elections” says:

“In a country where general elections are like people’s festival, the nickname dhartipakad personifies the maverick souls and their never-say-die spirit — the ones who have contested unsuccessfully in several elections against top political leaders.

“It’s possible to dismiss these unusual candidates as mere attention seekers who receive disproportionate attention with respect to the few hundred votes they fetch. But it can be also argued that these head-turners — some of whom claim to have contested 200–300 polls at various levels — represent the quintessential spirit of Indian democracy, where even the dissenter or jester is offered space.”

The book goes on to mention veteran Dhartipakads like Dr K. Padmarajan from Salem in Tamil Nadu,who filed his papers for the 201st time in Wayanad for the same seat as Rahul Gandhi in 2019. This self-proclaimed ‘Election King’ from Salem has got his name in the Limca Book of Records for being the ‘Most Unsuccessful Candidate’.

Then there are those like Bhagwati Prasad Dikshit alias Ghorewala from Kanpur, who resorted to participation in the elections to lodge his protest against corruption and once netted more than 80,000 votes in the 1980 mid-term Lok Sabha polls. Ghorewala was also among the three petitioners in 1981 to challenge the first election of Rajiv Gandhi from Amethi parliamentary constituency.

The book has been jointly authored by a veteran journalist Anil Maheshwari and a senior advocate Vipul Maheshwari. Published by Bloomsbury, it narrates the saga of Indian elections with stories ranging from digitisation of voting and the constant struggle with the malpractices to holding elections during pandemic.

A newly-launched book on cerebral palsy narrates an inspiring tale that celebrates life against all odds
Leadership Lessons from A Soldier
Dr. Pawan Verma Presents his new book - Unbroken, An action-packed Crime Thriller
How is Vikas Chadha’s Best Seller - Secret of Success and a Happy Heart – Inspiring Millions Who Have Reached Their Brink to Give-up
6 Entrepreneurship and Management Lessons to Utilize in Pedaling
Sustainable Future Begins Today
CONTACT US