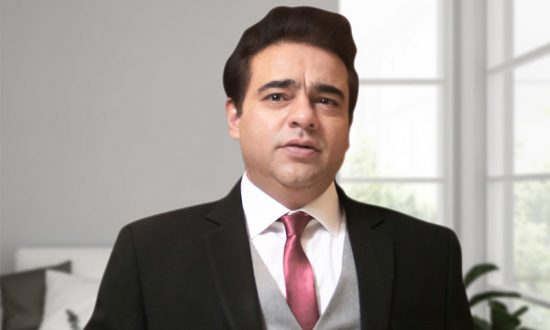 Rajeev Kapur, the managing director of Steelbird group, started his journey in the corporate world a long time back. At the early age of 20, when all the other boys seem to be too intimidated by their hobbies and are usually geared up to begin their fun and relaxed college life, Rajeev stepped into the Business World. At a very young age, he took the market by the storm. He is a man with myriad visions. ​

The lockdown put a lot of strain on the manufacturing industry, which contributes almost 20% of the GDP. The manufacturing industry has been hit in many ways due to the Corona effect. To begin with, lower production, due to lower offtake. Considering social distancing as the biggest challenge, the pandemic has brought a huge chunk of issues along with the virus. From the shortage of labourers to operating with less than half the capacity of the company, the COVID19 outbreak has gravely affected the Manufacturing Industry. Despite all odds, Steelbird Group has been treating its employees as family and sharing their love and passion for their work, and motivated them to give their 100%.

Founded on March 13th, 1964 by Subhash Kapur, Chairman of Steelbird Group, the journey of the company started from manufacturing filters for helmets. Unfortunately, the company stopped making helmets in 2005 as an export customer went bankrupt, which affect the Business as well. Venturing into engineering products, Steelbird Group was back in the market in 2 years, becoming the Buckle King of the entire helmet industry. “We were the biggest exporters of buckles to all of the manufacturers of the world for helmets. In 2011, we again came back to manufacturing helmets and are now one of the biggest helmet manufacturers in Asia. Today we have an installed capacity of manufacturing 22000 helmets per day and plan to take this to 50000 helmets per day by 2022”, adds Rajeev Kapur, Managing Director, Steelbird Helmets.

Offering a wide range of Helmets, Side Boxes, Crash Guards, Engineering Products, Cricket Helmets, Garments, Medical and Safety Equipment, the Steelbird Group has considered innovation as its strongest suit and keep coming with a lot of ‘Industry Firsts’. “Be it the Double Visor Helmets, Visors with Night Vision and  Photo Chromic technology, NACA duct vents for ventilation in Helmets, Best in class graphics and decals, push-button visor opening mechanism, etc., we always turn out to be unique in the market”, opines Rajeev.

Business in his Blood

Quite the active kid in school, Rajeev was very interested in sports and extra-curricular activities, which brought out the competitive spirit in him. According to him, the biggest lesson he has learned in his childhood was to stay true to his work ethic and passion despite all odds. Having had quite the roller coaster ride, Rajeev has had his fair share of success and failures during his time at the Steelbird, which he has intelligently sailed through and emerged stronger than ever. He adds, “I have not changed things much because my father also used to treat the employees like family and I just carried that same thought forward, which has helped us have an incredibly motivated and passionate workforce, and that has always helped me”.

Considering reviving the business from scratch to becoming the market leaders today, Rajeev joined the business at the young age of 17 and took a conscious decision to not do an MBA, which spanned to 7 years during those days, and decided to take the business to another level instead. He reminisces, “Business has always been my passion, and it runs in my blood. Even during the vacations of school, I used to go to the factory every day with my father to learn about business and had this passion for business right from the start”.

Appraising his father to be his biggest influence, Rajeev was instilled with the values of righteousness, humility, and passion for work, right from the start, which has played a huge role in shaping who he is today. Building new businesses, making a difference in the success of their companies, or making positing and lasting contributions to the communities validate the adage that ‘Age is just a number’ for industry giants. Advising aspiring industry leaders of tomorrow, Rajeev concludes, “The only advice would be to never give up. Never let anyone tell you that you can’t do this. Be humble, kind and passionate and everything else will fall into place”. 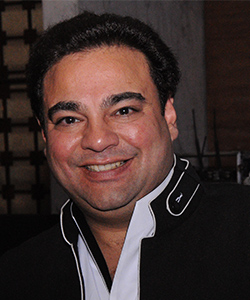 Rajeev’s father Subash Kapur had laid the foundation of Steelbird 50 years back as a small auto component unit, and later he started manufacturing helmets. Then the uncanny knack was passed to the next generation, and Rajeev took the market. In less than 2 years, Rajeev took the Steelbird name to many countries around the globe. The efforts of Steelbird and its name in the Asian Region also resulted in an Italian collaboration with BIEFFE, the world’s no.1 company in helmets.  Not only on the manufacturing side but Rajeev has given his priority to R&D, and today Steelbird has a state-of-the-art R&D centre dedicated to bringing innovation, style, and safety factors in today’s helmets.