Home /LEADERS' INSIGHTS/Traveled to 85 Countries and Exchanged 13,464 Business Cards to Reach One Conclusion: There Are No Foreign Lands

Traveled to 85 Countries and Exchanged 13,464 Business Cards to Reach One Conclusion: There Are No Foreign Lands 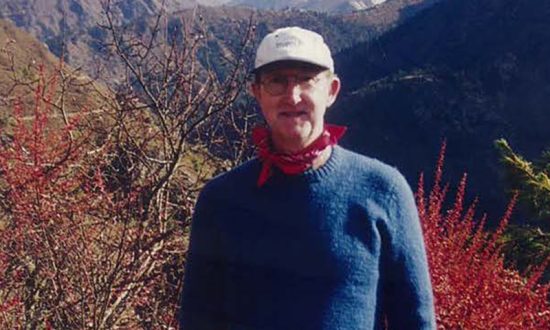 Jeffrey A. Sheehan is a globalist, a citizen of the world, an educator, and a pronoiac.  Having grown up in a small town in Western Massachusetts, he respects and practices small town values on a global stage. Sheehan was educated at the Phillips Exeter Academy, the American University of Beirut, Columbia University, and The Fletcher School of Law and Diplomacy.  His working career as a teacher and educator took him from Dublin School in New Hampshire to The Fletcher School, and, finally, to The Wharton School of the University of Pennsylvania, where he spent 30 years serving as the Associate Dean for International Relations. He has lived, studied, worked, volunteered, and researched in 85 countries on every inhabited continent.  Sheehan has also mentored hundreds of young people from all over the world in pursuit of their educational goals.  In 2003, he was granted the Silver Magnolia Award by the Shanghai Municipal Government for his work in supporting the development of the city’s relations with the United States.

If an alien of superior intelligence and technological achievement were to visit the earth in 2022, that being would probably throw up its hands (or tentacles) in despair, turn around its space ship, and leave in disgust.  The world today is fraught with autocratic politicians, gloomy doomsayers, angry nationalists, sarcastic media, and pessimistic academics, to say nothing of enough nuclear weapons to kill every life form on earth in under twenty minutes.  The global consensus has become negative and globalists are in retreat.  Many informed and intelligent people have concluded that the world’s civilizations do not share value systems, and that we are doomed to an endless cycle of misunderstanding, conflict, and the erection of psychological as well as physical walls.  Samuel Huntington’s 1996 book entitled The Clash of Civilizations inaugurated an entire subculture of pessimists, and contributed its share of the poison in today’s discourse.

But wait!  What if there were grounds for optimism and hope?  Could we convince the alien to stay and give us a chance to improve our behavior?  This would take a credible refutation of Huntington’s hypothesis, which I decided to undertake.  Today, I have a positive answer to both of these questions, based on an empirical (if not necessarily scientific) set of data, collected during a lifetime of travel around the world.

Long ago, I had the good fortune to be recruited for a job that would require me to travel the world, and for which I would have an unlimited travel budget, no restrictions on where I could go, and an open-ended set of objectives to be achieved in this globe-trotting.  “And you are actually going to pay me to do this?” was my response to this job offer.

Now it is 39 years later, and I have concluded my peregrinations.  Totaling up my mileage proved to be impossible, although I have over 13 million miles on my American Airlines frequent flyer account.  But I was able to keep track of the 85 countries I visited and the 13,464 people I met, based on the business cards I exchanged in those countries.  I cannot say that I remember all 13,464 people, but there were hundreds, probably more than a thousand in whom I invested more than a casual conversation.  In fact, I now count a significant number of my closest personal friends among people I met in Russia, Cambodia, China, Peru, Uruguay, Central African Republic, Ivory Coast, and Bangladesh, in addition to the usual American tourist favorites including England, France, and Italy.

I am not a social scientist, but I have extensive experience observing intercultural communication, both at its best and at its worst.  My observations have led me to some conclusions that give me hope that the alien may not give up on earthlings and return to the Planet Ork.

In the first place, and this may upset people for me to assert it, I have concluded that religion, language, culture, history, and cuisine are all superficial characteristics of humans.  Yes, they are all very different, but this is merely due to random variations in the environment of different parts of the planet that until very recently had no contact with each other.  Remember, we all started in Africa, so we all share our ultimate ancestors, including the “mitochondrial Eve” and the “Y-chromosomal Adam.”

I have observed that there is a set of profound similarities that are shared by all humans (or at least the 13,464 whom I met and with whom I engaged).  These similarities are the consequence of being members of the same species, namely Homo sapiens.  We are genetically programmed to behave in certain ways because our survival as a species was predicated hundreds of thousands of years ago on those mutations that kept us alive until we reproduced.  Certain of these characteristics proved to be incompatible with modern life.  However, another characteristic that was favored during the course of evolution was the ability to make decisions and change the future.  In other words, we can override these unhelpful impulses.

Just as importantly, all Homo sapiens evolved to share a number of behaviors that can contribute to a peaceful and harmonious world.  And these are the characteristic and dispositions that I observed in my travels around the world.  I identified 13 that were universally shared by most (I cannot say that 100% of the 13,464 shared them) of the people I met.  One of the most important of these characteristics is what I call “spirituality.”  This is not religion, which as I have already mentioned is what I consider a superficial characteristic.  Spirituality, on the other hand, has nothing to do with a specific supreme being who may or may not exist.  It has even less to do with the lamentable predilection of religions to try to convince others that their brand of oatmeal is better than any other brand of oatmeal.  Spirituality has to do with fundamental human characteristics that promote peace and collaboration – forgiveness, honesty, trust, and other simple virtues.  All societies, all civilizations, all humans value these characteristics.  If we stopped getting upset with each other over superficial differences and concentrated on those characteristics that we share as humans, then perhaps we could convince the alien to stay and help us learn how to live without fossil fuels or nuclear weapons.

From the 13,464 individuals I met during the course of my worldwide ramblings, I chose 17 who seemed to me to share so many characteristics that they are really all the same person and, incidentally, the person who I aspire to become.  These 17 women and men are citizens of 17 different countries, speak 13 different mother tongues, grew up in 11 different spiritual traditions, chose 17 different professions, and prefer 17 different cuisines.  Interestingly, they have never met each other.  As far as I can tell, I am the only person in the world who knows all 17.  And yet, in terms of values, dispositions, and attitudes, they are perfectly matched.  Using these 17 exemplary individuals from every corner of the earth, I  developed a counterargument to the Huntington hypothesis.  There Are No Foreign Lands is both the title of the book I recently published and a five-word summary of my conclusion.  Available worldwide on Amazon.

The Benefits of Artificial Intelligence for your Business
What’s Your Value in 2023?
Transforming the Executive Search Industry & Making an Impact
Bring the Zing – 5 Keys to Powerful Presentations, Briefings, and Meetings
How AI and Machine Learning can Help Entrepreneurs Gain a Competitive Advantage
Increased Demand for ERP Software after the Global Pandemic
CONTACT US