CA Aniruddha Phene is an entrepreneur at heart and is a keen observer of various trends and patterns in the marketplace. He is an avid reader and is always updated about the smallest of the things that take place in the commerce world. He is a keen observer of the stock markets, consumer market trends, political environment, government policies, laws, taxation, education industry trends and business news.

Water scarcity can be one of the biggest challenges that the world might witness in the future. Currently, more than 2 billion people are already facing water shortage.

Wallstreet took note of water as a valuable commodity when Michael Burry, the US investor who had predicted the 2007 Housing Bubble started investing in water after making billions by shorting the market during the housing market crash.

The Water futures that will be traded on Wallstreet could be useful as a hedge instrument for firms including food or agricultural producers, land lease owners, municipalities and public water agencies. Presently we have no clue what water prices will be in future. The prices might skyrocket based on the research that by 2025 more than two-third of the world population might face water shortages.

Water preservation and distribution could be an important sector in the future. Many new investors could be attracted to it. Water wars cannot be ruled out in future as many sectors like agriculture, energy, manufacturing will compete for water. Droughts might lead to a shortage of food production. As we go forward, food production will become more challenging.

The Water Future contracts are the first of their kind in the US and are being created by CME Group Inc., the world’s largest futures exchange. They are intended, CME says, to both allow California’s big water consumers — like almond farms and municipalities — to hedge against surging prices and can act as a benchmark that signals how acute water scarcity is becoming in the state and, more broadly, across the globe.

CME’s contract, tied to the $1.1 billion California water market, will launch late this year, pending regulatory review, and will be based on the Nasdaq Veles California Water Index.

Last week Zhong Shanshan, a former mushroom grower and journalist who founded a bottled water company Nongfu Spring back in 1996 in the eastern Chinese city of Hangzhou became the country’s third-richest man after its successful IPO in Hongkong. He has a total net worth of $51 Billion.

Are these indicators of what lies ahead. If yes, then we might be looking at a scary future. Water is a commodity that cannot be ignored. It is essential for our survival.

A big challenge lies ahead for mankind. Hope we are ready for it. 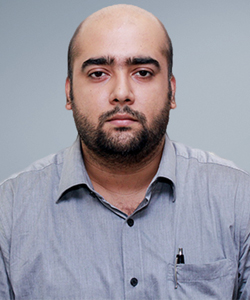 Before starting his academy, CA Aniruddha Phene had started his investment company Phene Investments which dealt in Mutual Funds and Insurance. He worked in a small software company just after his graduation where he was a marketing executive. He has also worked in several CA firms in the past. He is part of the core committee of the youth wing of an NGO named Lokmanya Seva Sangh Parle where he is involved in community service.

Technologies for Cardiovascular Disease: A 2023 Appraisal
Seeing Strategically
10 Recommendations On How To Negotiate Outsourcing IT Contracts
Shopping in the Age of ChatGPT: How the New AI Rage is Revolutionizing Retail Experiences and Consumer Goods Manufacturing
Box Yourself in Hygiene Square Series
The Rise of LinkedIn Marketing During Pandemic: How will it Benefit?
CONTACT US