Being a Swiggy Delivery Boy to Building Affordable Coworking Spaces 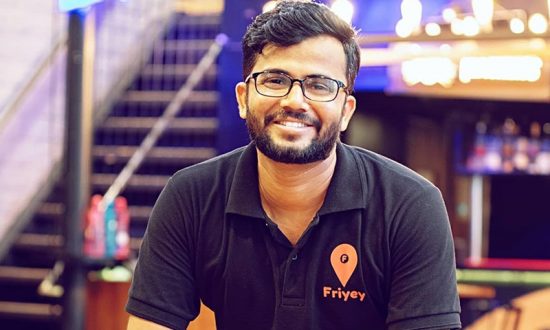 Yogesh Thore quit his job in Sales and Marketing because he thought, he was not 100 per cent efficient in that job. “I was not giving my everything to make things happen. Over a while, I understood that I cannot spend the rest of my life like this, so I quit my last job without having any plans,” says Yogesh. Being liberated from a tiring day-job, Yogesh started exploring the market for opportunities. He adds, “I was fascinated with hospitality in general since my MBA days. So, I decided to work in a field which I love.”

Yogesh’s next job was as a waiter in a restaurant. In his words, “just to understand merchants and customers in deep, their problems, delight moments and all.” He then moved to Swiggy as a delivery boy for some time to understand the roles of technology in startups. “Then I started Celebofest, which was a platform to sell discount coupon and tickets for nightclubs and pubs in Pune,” recounts Yogesh.

Without any doubts, like any budding entrepreneur, the start was tough for Yogesh and his lack of any prior experience in hospitality made the journey tougher. “All three jobs I did earlier were in Sales and Marketing, that too in B2B. The market won’t trust you easily unless you, as an entrepreneur, show some results,” shares Yogesh. However, Yogesh strongly believes that sometimes not having prior experience may help you to create something unique which no one would have thought. 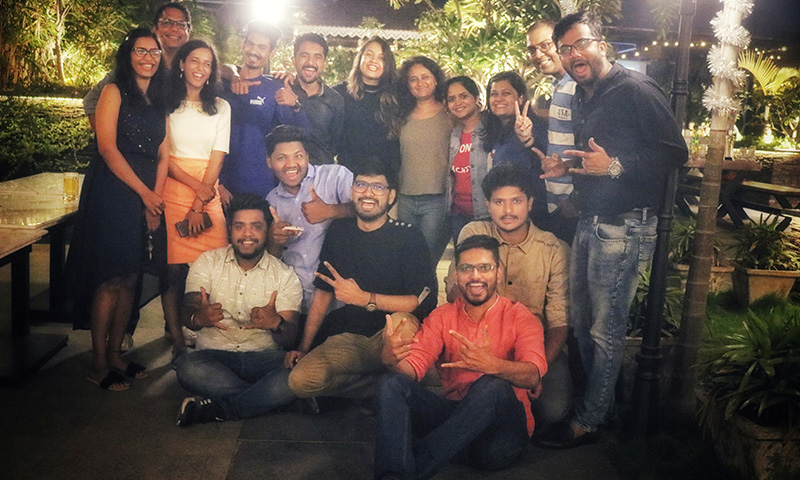 From Coupons to Co-Working

With Celebofest, Yogesh was selling discount coupons for nightclubs and pubs. He usually met the managers in the afternoon to make the deal and get the coupons. During one such meeting, Yogesh wanted some space to sit and work. He asked the restaurant manager if he could use the space to work until their deal was done as they had WiFi as well. The manager said he can, as no one comes there during the daytime. This one line changed Yogesh’s life for one more time.  He says, “I realized that I don’t have an office and restaurants don’t have customers in the afternoons, so why can’t we restructure this completely?”

Friyey Space came into existence from this very thought – transforming restaurants and cafes to cater to those looking for an affordable place to work. However, there is more to Friyey Space than a just co-working space provider. Today, Friyey Space is one of the fastest-growing community of Startups and Entrepreneurs that caters to the rising number of remote workers and freelancers. Yogesh explains, “Friyey is zero Capex and scalable model whereas traditional co-working is capital intensive. We have the first-mover advantage where we are working to make co-working spaces free. Over some time, people will join us not because of co-working but for the community.” 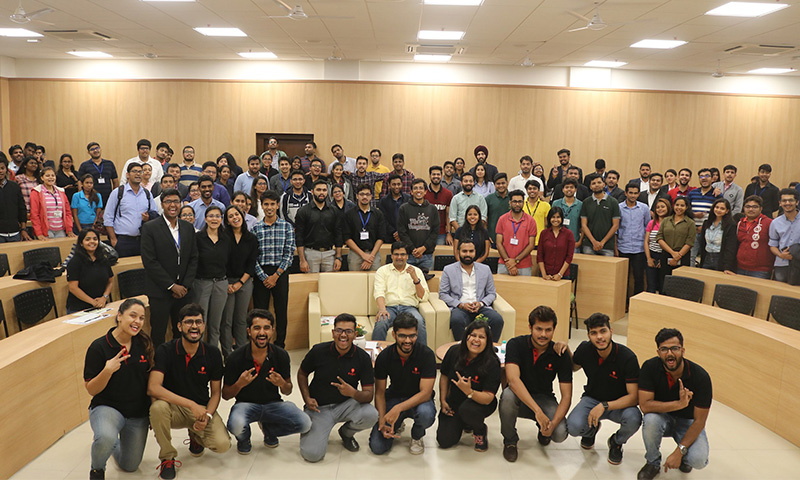 With 150+ startups joining Friyey Space by just word of mouth and more than 95% customer retention rate from its inception, the company has seen a promising growth since its inception in 2019. “We target entrepreneurs and freelancers and digital media has made it easy for us to reach our target audience and talk to them about us,” says Yogesh. Another thing that has contributed to Friyey’s growth is having a mutual understanding among the team, which has ended up in bringing people along in his journey and get things done.

Already setting the steppingstones, Friyey Space plans to prioritize on supporting the businesses in their community during this unprecedented time. People will need affordable workspaces than before, courtesy to the impact of COVID19. Setting an example on how to come out stronger in challenging times, Friyey Spaces plans to expand their operations in all the major metro cities as soon as possible.

A startup’s growth depends on the entrepreneur’s hard work, their commitment to their ideas and the risks they are ready to take for them. Following the mantra, “Be passionate about your goals and have enough guts to go after it”, Yogesh shows everyone that entrepreneurs don’t let any obstacle dissuade them from following their dreams and give their best in turning their ideas into reality, inspiring young entrepreneurs to never lose hope and keep working hard to achieve what they aspire for. “Entrepreneurship is a lonely journey. You need to push yourself all the time (passion does that actually) and you need to keep working without any funds in wallet most of the time,” concludes Yogesh.