Empowering the Underprivileged with Education, Shelter, Food, Medical Support and Many More 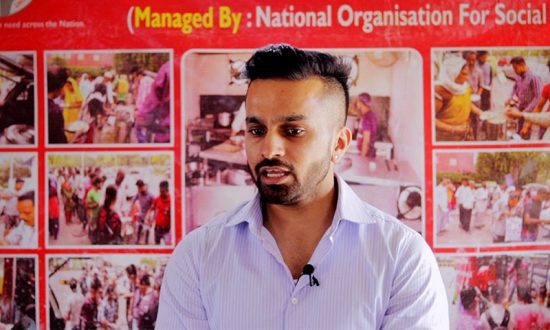 The last two decades have witnessed a veritable mushrooming of NGOs in India. What, however, is not adequately appreciated is that the conversion of voluntarism into favouring a developmental intervention has changed, turning an organic part of civil society into merely a sector — an appendage of the developmental apparatus of the state.

Losing his father to cancer and his brother to medical issues, Amandeep Singh, Co-founder, The National Organisation for Social Empowerment, was inclined to do something for the society since he was young. What instigated him more was when he had gone to the hospital with his mother to visit someone. “In that hospital, I saw a small kid lying on the floor and getting his treatment done as there was no bed available. It was actually the turning point in my life when I decided to start an NGO for treating the poor and needy people,” says Amandeep.

Established in 2012, the National Organization for Social Empowerment has been continually working for the social integration of underprivileged children and people, people with special abilities, and women and girls of the community. Amandeep adds, “We are a group of dreamers with a collective vision; ‘Inclusiveness’. We believe that a world without barriers should not be a luxury but a right.”

Initially, Amandeep was alone when he decided to start the NGO until his friend, Sparsh Maheshwari, chose to be a part of this venture. “Once Sparsh was on board, we started researching about NGOs like the registration process and other formalities,” says Amandeep. Finally, on June 10th, 2012, The National Organisation for Social Empowerment was started.

Starting off with getting medical treatment for kids with poor economic backgrounds, the National Organization for Social Empowerment started their National Rehab Center where they run a playschool for kids of nearby slums and a physiotherapy centre. “We also started the National Training Centre to empower people with special abilities in the same year,” adds Amandeep.

In 2014, Amandeep started the National Public School in Bihar with their NGO Partner along with Mobile School. Amandeep opines, “Mobile School was a project that we started with our NGO Partner. We imparted education to street children who did not have access to schools and showed them a world beyond the traffic lights where they used to beg due to their compelling circumstances.”

In 2019, Amandeep started National NGO Kitchen with the sole purpose to eradicate hunger by providing adequate nutritious food to the ones in need. “We have been supporting in calamity reliefs, and organizing various camps like Blood Donation Camps, Health Camps, Relief Camps, Food Donation/ Food Distribution, Bhandara/Chhabeel, Blanket Distribution, distributing study material to Chandra Arya Vidya Mandir every year. We have also hosted a self-defence camp for 15-20 days in collaboration with the Delhi Police,” adds Amandeep.

Doing their bit in this Pandemic Outbreak, the National Organization for Social Empowerment has been providing cooked meals and dry ration to the needy with the help of the Delhi Government. “So far, we have fed more than 80,000 people in Delhi by consistently providing food without fail every day”, says Amandeep. Also reaching out to 5000 families to provide ration that covers the needs of a small family for 15 days, Amandeep adds, “Not only that we have provided 2500 masks and 800 sanitizers in Delhi Govt. Hospitals and in the community and have also been providing PPE kits.” 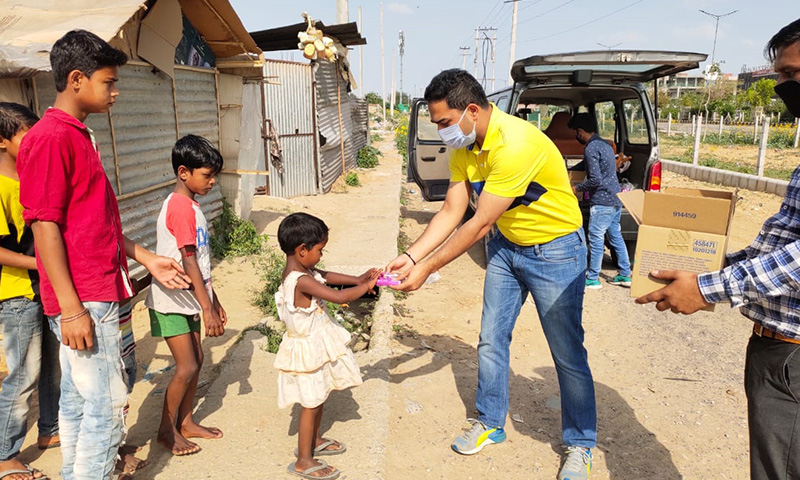 A computer science graduate who pursued his MBA from Griffith College, Ireland, Amandeep Singh has over 15 years of work experience in various firms in the corporate sector abroad and India. Considering his mother to be his influencer and strength in life, Amandeep says, “My mother, who is a retired ACP in Delhi Police has been my inspiration for her selfless efforts in serving people.”

Changing the face of the not-for-profit industry in India, The National Organisation for Social Empowerment has made a considerable shift in its programming approach over the years. From direct service provision to enabling disadvantaged and vulnerable groups, they have evolved into a rights-based organization to address the underlying causes of poverty. Focusing on developing the potential of the downtrodden to drive lasting equitable changes, Amandeep concludes, “We strategically emphasize on promoting quality healthcare, hunger-free world, inclusive education, gender-equitable and sustainable livelihood opportunities, and disaster relief.”