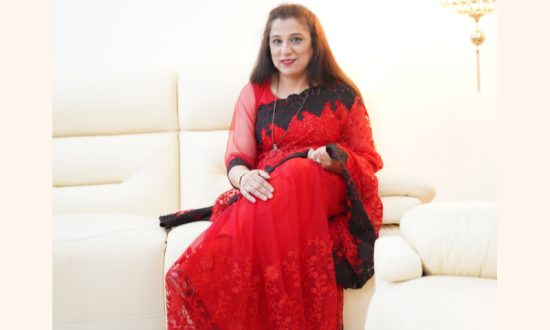 Puneet Kaur Kohli is an award-winning IT leader, author, speaker, and innovator. She brings on board her 25 years of global experience in developing and implementing strategic plans and end-user services by addressing company needs and promoting growth. Puneet is also a leading security evangelist with versatile experience in Information Security, Data Privacy, and Risk Management. She is a regular speaker & panellist in professional public forums and different domains.

Puneet is recognised and admired in the corporate world for her fearless attitude, professional acumen, and influential leadership style. Her journey to success is, therefore, a shining inspiration to many.

A Brief Glimpse into the Educational Background

Puneet was a remarkably bright student. Her schooling in a Naval Public School instilled deep-rooted values such as discipline, integrity, compassion, social sensitivity, and duty. She also had a passion for learning new things, whether knitting, driving, or flying a plane. Challenges never scared her; instead, she looked them in the eye and defeated them. She takes this fearless attitude from her father, who was her biggest supporter and confidant. He dreamt of becoming a pilot or taking up a technical field but couldn’t bring them to reality. Therefore, when it came to choosing a career for herself, Puneet did justice to her father’s ambitions and decided to pursue a career in IT and computers over commercial flying, as women pilots were not accepted with open arms in those days by the airline industry.

After high school, Puneet pursued engineering from Delhi College of Engineering and an MBA in Information Systems from FMS Delhi. She later completed her research doctorate in Excellence in Management from Young Scientists University, USA. 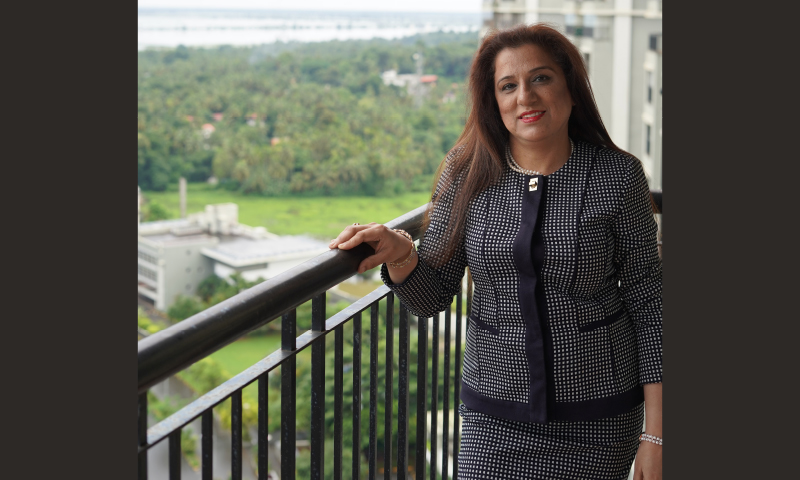 Perfecting the Art of Work-Life Balance

Before turning twenty-one, Puneet was married to a supportive family who acknowledged her passion for her career. Her husband, just like her father, was highly supportive of her studies and profession. Camaraderie is what they brought into their harmonious relationship. While one was away for travel or immersed in other work commitments, the other held the fort.

Even though Puneet’s responsibilities multiplied by several folds after embracing motherhood, she managed them all with confidence and finesse. Her sons were sent to boarding school after they turned eleven to grow up in a holistic learning environment. Being a 21st-century mom, Puneet was very clear about her decision. Today, both her sons have inculcated her values and ethics towards life and work.

With a career spanning over two decades, Puneet has worked in diverse industries such as telecom, power, manufacturing & financial services and held numerous leadership positions in esteemed organisations. But before taking on a new role, she has always understood the organisation’s business processes and then found ways to merge those business processes with IT to help them function more flexibly. In addition, she ensured to resonate with the company’s CXOs, CIOs, and stakeholders to deliver the expected results. During those times, technology was her biggest weapon.

Puneet has been bestowed throughout her professional journey with numerous coveted awards and accolades. She received the “Jewels of Punjab” award from Dr. Manmohan Singh (Former Prime Minister of India). She was crowned as one of the top five women entrepreneurs in India (June 2021), awarded the title of Global CIO of the Year amongst 1,00,000 women in Tech in 102 countries and honoured with the Business Transformation Leaders Award from Tech Circle, 2020. Puneet was also a recipient of the Best CIO (Insurance) award at the BFSI Innovation Technology Summit, 2020 and the winner of ‘NBFC Tech 100’ award for Disruptive Technologies in 2019 and 2020. Likewise, she was recognised by Forbes Magazine under the ‘Fortune 50’ category in the Asia-Pacific region for her efforts to literate 1 lakh women and children through CSR initiatives. She was also featured on the cover of Digital First Magazine. 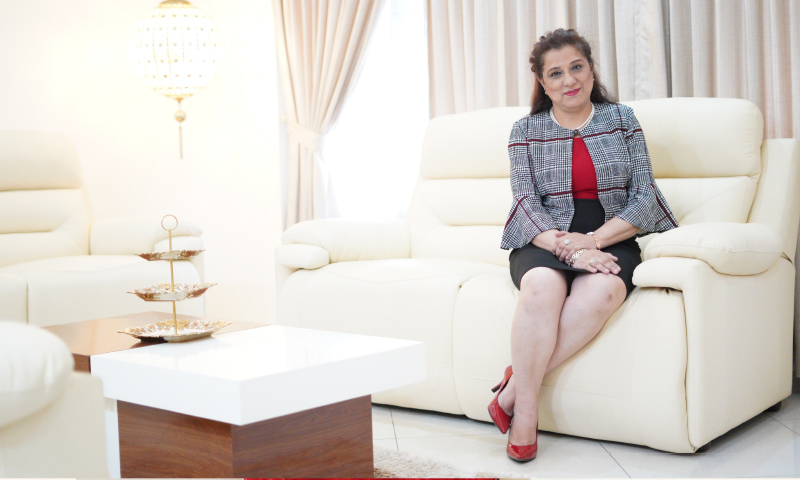 In addition, Puneet was honoured with the Global Excellence Award by the House of Commons, UK. She was also a recipient of the ‘Top 100 CISO’ award for five years in a row, ‘Infosec Maestros’ award, ‘Hall of Fame CIO Award’ for 2017 (for bagging CIO 100 for four years in a row), ‘Business World Award’ for ’IT Acceleration for Innovation in Storage’, and ‘CIO of the Year’ 2006 in Manufacturing Segment.

Most recently, Puneet bagged the 2nd runner-up title at ‘Mrs Universe 2022’ held in Seoul, South Korea, on 05 July 2022. Adding another feather to her cap, she is now ready to grace Vogue Magazine’s October issue cover.

Discipline is the Key Ingredient of Success

For Puneet, a disciple is a crucial ingredient to her success. She has and continues to lead a very disciplined life on a personal and professional front. She strives to deliver results before deadlines, goes above and beyond to fulfil the company’s expectations, and leads by example. Puneet also strongly believes that discipline helps individuals to stay focused on reaching goals, gives them the gumption to stick with complex tasks, and allows them to overcome obstacles and discomfort. Therefore, if one practises discipline in his/her personal life, they can lead an equally disciplined professional life.

Puneet is a firm believer in the ‘being the change’ philosophy. She suggests that aspiring leaders and young professionals must start by themselves if they wish to bring a change. Today, the young women of India need to be the change agents as the corporate world is not a kind place, especially for women in leadership positions. “We must be a catalyst for change to happen only when it is the absolute need of the hour,” adds Puneet. She further says that one must stay immune to herd mentality. It is important to note that companies that have women in top executive positions have prospered even during tough times. In addition, Puneet advises aspiring leaders to be coachable, be good listeners, do a good deed, and forget it.

Committed Towards Access to Safe Electricity
Understanding the Depth of True leadership
Empowering People with Autoimmune Diseases to be Healthier & Lead Quality Lives
Empowering Today’s Skilled Workers for Productive & Lasting Careers
Leading with Compassion and Empathy
Women Leadership in India: Are We Progressing?
CONTACT US