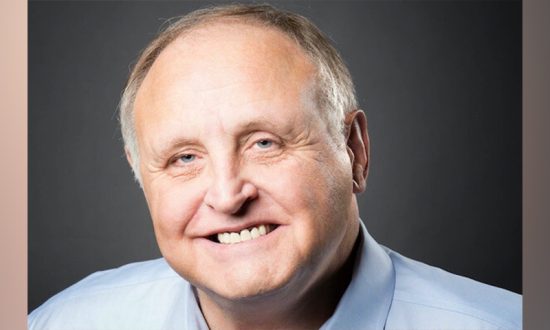 Hon. John Norris, JD, MBA, the Founder & Executive Chairman of Safely2Prosperity (S2P), is an award-winning, inventive leader in health policy, law, and management at the US FDA and at Harvard. He holds decades of highly recognized success in advanced risk management and complex problem-solving. He was in his late thirties when he co-led the reform of the US FDA. He is now a businessman.

At S2P, John plays an instrumental role in scaling the company to great heights of success through his expertise, strategic vision, and focus on needed prevention preparedness and proactive user actions.

How Does Safely2Prosperity Help in Keeping Employees Safe & Enterprises Productive?

In 2019, John established Safety2Prosperity (S2P) LLC, a health and healthcare risk-management software company in Boston, Massachusetts. S2P’s focus is on helping customers prepare for and prevent, mitigate, and control, as well as manage COVID-19 and variants spread at work and home, using a unique strategy. It is the first company in the world that has rejected the historic, much-failed, top-down approach to managing pandemics, such as closing economies and isolating people. Instead, John and his team used their insights to create an advanced bottom-up approach involving the creation of at-work and at-home sanctuaries.

“Our approach neither closes economies nor isolates people. Instead, it uses our very advanced (nearly five years in the making) software as a service (SaaS) software platform to create, maintain, and, when challenged, to sustain, sanctuaries at work and at home to keep people at work or at school, not perfectly, but at a very high level of safety,” further explains John. “When people fear for themselves or their families, their productivity crashes, leading to temporary or permanent enterprise closures.”

As health and healthcare risk management service providers, each member of S2P works devotedly towards empowering employees, students, teachers, and others to return to work/school safely and productively–while simultaneously protecting their families and homes from infectious diseases like COVID-19 and its variants. “Our role is to ‘save lives’ in every sense of that phrase—from physical to mental to psychological to financial, and jobs,” shares John.

However, according to John, S2P’s primary pain point is US and global marketing. Unlike other industries, health and healthcare risk management marketing challenges are incredibly complex. However, S2P is taking all measures to build an impactful marketing strategy to fulfill its ultimate goal of saving hundreds of thousand enterprises and millions of lives in the broadest sense.

John’s most significant sources of inspiration are his family and teachers, who helped shape him into today’s thoughtful leader. “My parents and grandparents were kind souls who shaped me by example. And since, my wife, teachers, friends, colleagues, children, and grandchildren have done the same,” asserts John. He further considers himself fortunate in many ways; first, to be surrounded by amazing, kind-hearted people from whom he has learned so much, and second to have been born with a highly noticeable congenital disability. At times, John faced severe bullying over his disadvantage. But, instead of wallowing in self-pity or feeling remorseful, John developed a deep empathy for others. “It informs me daily of the plight of others and empowers me enormously to fight for those who cannot fight for themselves,” states John.

“Moreover, one must acknowledge and aggressively pursue their duty toward reshaping the world, so it becomes a kinder and gentler place for everyone. And make it happen, especially for those with disadvantages of any kind, including various skin color, birth injuries, mental health challenges, poverty, or military injuries. Good health and significant access to good healthcare are two of the fundamental rights of every human being, and I intend to make positive contributions towards them.”

An Inspirational Figure to Many

Throughout his professional career, John has been and continues to be an inspiration to many. People look up to him for his guidance and respect his decisions. From high school class vice president to college fraternity president to the family leader to 2nd-in-command at the US FDA to Editor-In-Chief of two academic journals to board chairman, CEO, or COO of numerous enterprises, John has donned many hats and excelled in most of them. “Often, I was reluctant to take on the role, and sometimes even failed, but I always did my very best, for society and investors, and the members of my team,” says John.

John is also an influential orator who has delivered over 300 talks around the world, taught hundreds of students at Harvard, mentored dozens of young executives, counseled many friends, written or edited hundreds of articles and business documents, and created many social and business strategies for the success of others. He has also been a recipient of distinguished and coveted awards. That’s a massive list of accomplishments. But what John truly wants is to make a significant impact on his family, friends, peers, customers, benefactors, investors, and humanity.

Over the years, John has been physically injured many times, from broken bones to concussions to enhanced fear to nearly dying during surgery three times—and he risked his life to save three lives.

John, however, shares that each episode only strengthened his understanding of how fragile life is. Anything can happen within seconds without any forewarning or reason. Yet, as humans, our job is serving for the betterment of humanity in whatever and whichever ways and as often as we can.

A Day in the Life of a Leader

As the Founder & Executive Chairman of S2P, John supports his successor CEO, John Covender, and guides the marketing and reseller teams. Although many believe S2P’s flagship infectious-disease-spread risk management software is the best in the world, John continues to find ways in which it can be improved and reach its highest potential impact. He also continues to figure out avenues in which he can lower the cost of their product while it remains significantly profitable–so that certain governments, foundations, or charities can avail it to support the unmet health and healthcare needs of the most financially challenged people worldwide. John’s teammates share this value.

On a personal front, John is an enormous sports enthusiast. Before his injuries, John used to play five sports, including tennis. He now mostly goes on a walk with his daughter, Patricia, or his dog, Luna, after finishing work. John also loves attending sporting events that his grandchildren participate in and excel at. Likewise, he enjoys watching basketball and is a huge fan of Marcus Smart, The Boston Celtics’ top star.

Committed Towards Access to Safe Electricity
Understanding the Depth of True leadership
Empowering People with Autoimmune Diseases to be Healthier & Lead Quality Lives
Empowering Today’s Skilled Workers for Productive & Lasting Careers
Leading with Kindness and Empathy Wins Every Time
A Purpose-Driven Leader, Striving to Change the World for the Better
CONTACT US