Home /CXOs IN FOCUS/Revolutionizing the Healthcare Industry for Decades

Revolutionizing the Healthcare Industry for Decades 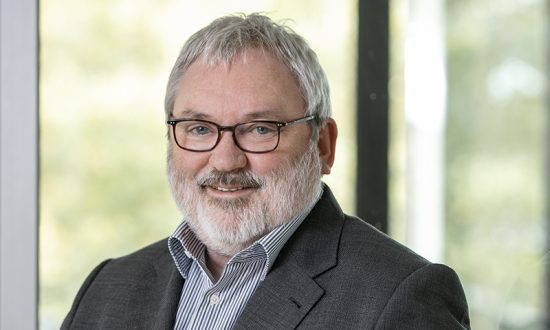 Innovation can be described as the unrelenting drive and purpose within you to go a step further where few may have dared to go. Innovation combined with necessity is what drove Dr. Uwe Engelmann to help develop a teleradiology network of thirteen hospitals at the German Cancer Center. Funded by the prestigious German Telecom, MEDICUS was a three-year project. By the end of the project, MEDICUS was so well accepted that the hospitals wanted to keep and buy the software as it was very well integrated into their daily work. And so, begin Dr. Engelmann’s journey and inception of the CHILI software.

Nostalgic as he recounts the company’s inception, Dr. Engelmann tells us how the decision to develop CHILI was taken at a party. “We celebrated the end of the successful MEDICUS project with drinking and cooking when we started to think about the perfect name for our new enterprise. We permutated ‘med,’ ‘rad,’ and ‘net’ in many ways, which were not satisfactory enough. Then one of our co-founders presented a glass of chili spice. We all found it terrible and decided to keep that working name for the next two weeks while we searched for the perfect name,” narrates Dr. Engelmann, Founding Managing Partner, NEXUS/CHILI. 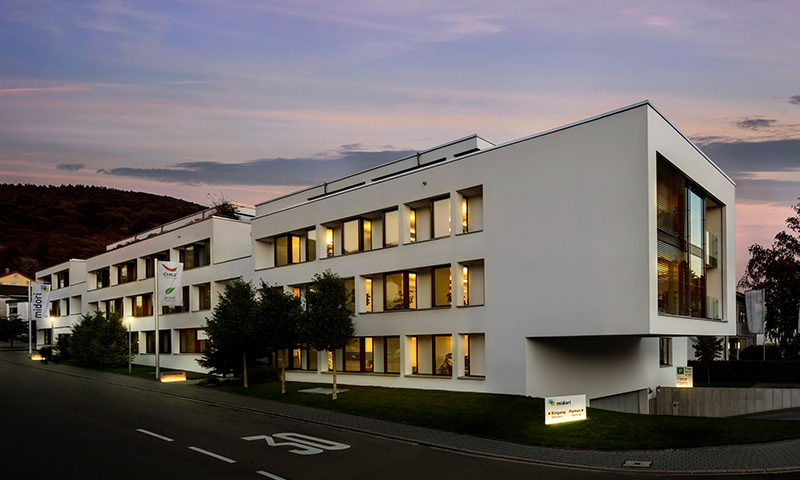 After those two weeks, a meeting was held, and a colleague who was the UI expert said: “Well, did you ever think about keeping chili? – It works already with an apple.” That was first second were we really considered to keep that name, because this was something unique. And so, CHILI was born! Over the next two decades, CHILI would be seen as a reputed brand and expert in innovative software and multimedia image management in the medicine space. “Some minutes later, we found the first chili logo on the internet and ‘borrowed’ it until we hired a professional photographer and his studio for one day to take a photo of our new logo. I bought hundreds of chilies at that time to find the perfect one. At the age of five to six at that time, our children suffered spicy food in those days,” discloses Dr. Engelmann.

When the team decided to develop the CHILI software, the code of the predecessor of the MEDICUS project could not be utilized as it became the intellectual property of the financer, German Telecom.

So, understanding the market trends and demands, designing and developing the software, and having rich experience due to the evaluation of the usage of the former application, the company was able to leverage these elements to architect its offerings.

MEDICUS had been designed for teleradiology only. But it was revealed that the users were mainly using the software to view images and report from the screen instead of from film. While this may have been between 1994 and 1997, there were opportunities for advancements to be made. 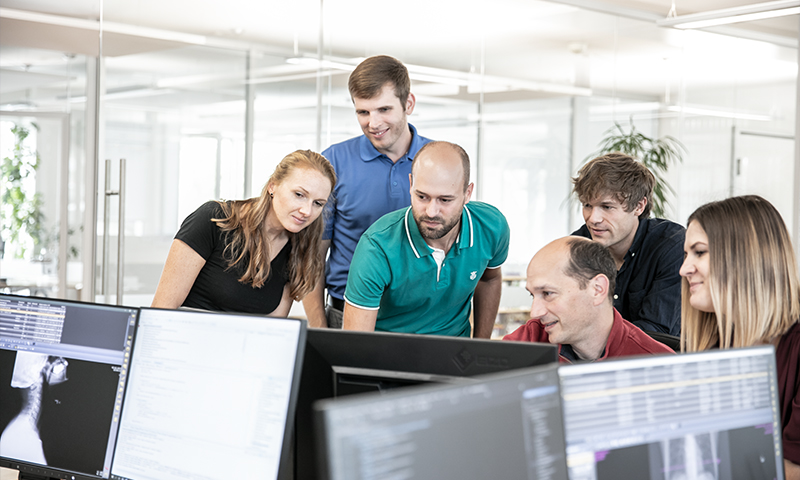 At that time, PACS (Picture archiving and communication system) workstations were not a standard yet in the radiology departments. The team of dedicated experts made a complete redesign for a PACS workstation with integrated teleradiology functions and started again. During this phase, the company received two massive orders; one from the University Clinic in Giessen and one from the University Clinic in Bonn. “They put in a lot of trust in us and needed just teleradiology. But we managed to deliver the first early versions in time. These two first customers were the cornerstones of the commercial market,” reveals Dr. Engelmann.

The PACS functionality has been designed together with the radiology department of the German Cancer Research Center. Even the research center ordered a PACS, knowing that it was not yet ready. The company had in place a designated team that took the input the radiologists and technicians had to offer regarding what they needed for their work and ensured it was reflected in the offering. Weekly meetings were conducted, and prototypes were also presented, making it easier for the customer to use it and providing valuable feedback that could be incorporated accordingly. This was the basis of the modular and open PACS architecture.  “The next milestone was our web viewer CHILI/Web in 2001, which could run in the browser. This was a great success, and we even sold that to PACS competitors, and it brought us a stable income for several years,” adds Dr. Engelmann. 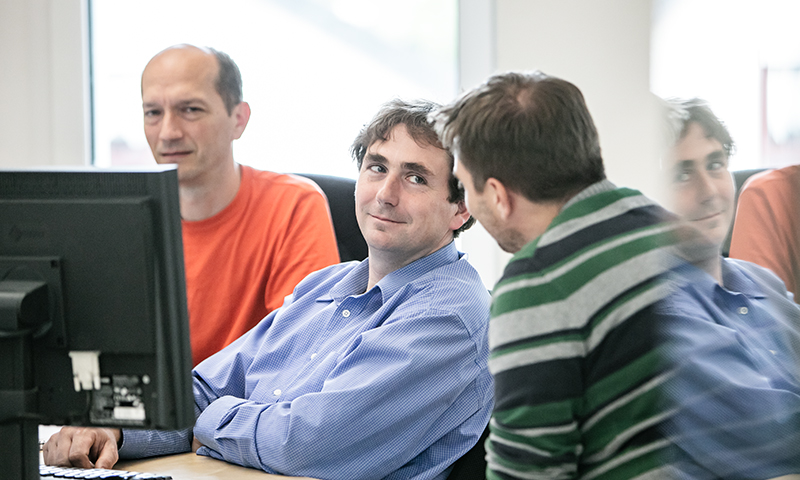 CHILI PACS was already making giant strides in the German PACS market, but what really put it on the top was when a massive German hospital chain (Rhoen Kliniken AG) decided in 2005 that all their existing and all future hospitals should receive a CHILI PACS and web image distribution.

The following decade was an exciting one for CHILI PACS. The first PACS on Cloud in the US with its partner OmniPACS was witnessed. Furthermore, in South America, the company established countrywide telemedicine networks with other partners in Chile, Brazil, and Columbia. At the same time, CHILI systems were gradually being installed in Asia.

In 2013, the company cooperated with the German Association of Trauma Surgeons (AUC) to establish a German-wide trauma network. They transmit medical images between hospitals of different competence levels to improve the quality of treatment of trauma patients. More than a thousand institutions exchange images today just during their daily routine. Moreover, since 2015, the company’s US partner UMG/DEL medical installed more than 900 CHILI PACS all over the US. “These are just some highlights of our international activities,” adds Dr. Engelmann.

As the company gained momentum, Dr. Engelmann established specific guidelines for international activities for himself and CHILI. Perfectly aware that a local presence ensures that every customer’s needs are fulfilled in quality, seamless installation, value for money, and after-sales service/support, partnerships with local companies were forged instead of establishing subsidiary companies. “We do not establish subsidiary companies in other countries but work with local companies in the country who know that market’s cultural and commercial conditions. We train and support them so that they can act as independently from us as possible regarding sales, installation, and 1st and 2nd level support. This is a high hurdle for potential partners as they must bring sales and technical competence to act in their market,” informs Dr. Engelmann.

He firmly believes that the team’s scientific background played a pivotal role in the success the company enjoys today. Dr. Engelmann explains, “We always worked at the front line of innovation. Our vision from the first day was not to develop something in a bureaucratic ivory tower. We decided to listen very carefully to our customers, collect the requirements and select what would be useful for many users. Openness and interoperability were important keys to success, especially when you want to connect to all information systems in a medical enterprise and exchange data ‘with the world.’” We have always offered solutions that were technologically superior to the competition. This is also reflected in the more than 10 awards CHILI has received in recent years. 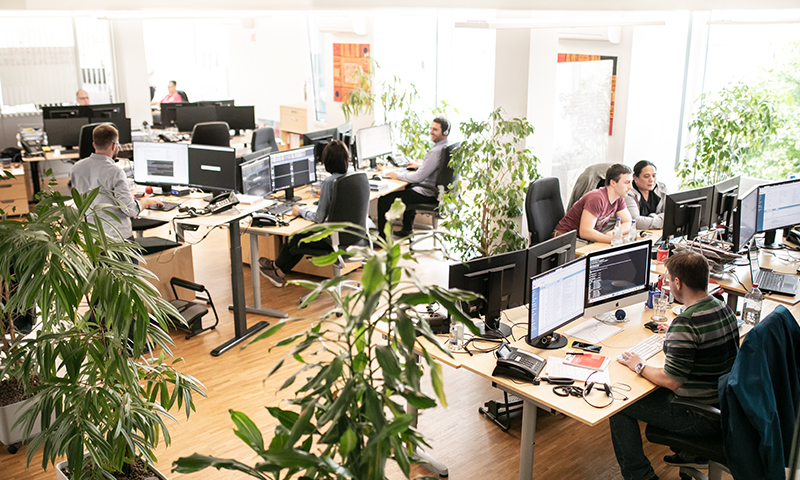 CHILI and NEXUS: A Stronger Force

Over the years, Dr. Engelmann envisioned the future of CHILI and how the company would expand its reach and go about making an even bigger difference in this industry. The team met investors and experts for mergers and acquisitions. As a result, Dr. Engelmann and the key stakeholders sold the first 51 percent of CHILI to NEXUS AG in 2017. NEXUS is one of Europe’s leading software providers in the healthcare sector. “With around 1,600 employees, we supply hospitals, rehabilitation facilities, and retirement homes with modern IT applications. They offered us to become the competence center for imaging solutions in the group. As a result of our development, we doubled the number of the employees in the last 5 years, and our turnaround and profit even grew more than that,” proclaims Dr. Engelmann.

The Journey is Not Over Yet!

Today at 66, while Dr. Engelmann has prepared the company and team to manage without him over the last few years, he feels as energetic as ever and does not plan on handing in the reigns completely any time soon. He concludes, “My young Co-CEO and other good people in the management have already taken over many of my former tasks, and I know that the company will be in good hands if I retire. But it’s not there yet. As long as I continue to enjoy my work, she satisfies me, and they let me, I will not sit on the park bench yet.”

Dr. Uwe Engelmann has dedicated over 25 years as a Founder and CEO of NEXUS/CHILI and a teleradiology pioneer. He has spent a better part of his life in the healthcare industry, bringing about some radical changes within the domain.

Creating a Breakthrough Revolution in the Indian Real Estate Market
Harnessing the Full Potential of the Mind of Working Executives
A Versatile Leader, Aspiring to Make Cancer Therapy Affordable to the Masses through Biosimilars
Revolutionising the Beauty & Personal Care Market with Ayurveda-Inspired Sustainable Products
Shaping the Future of Consumer Data in an Open Data Economy
IET India Initiates Video Series To Bridge The MSME Digital Transformation Gap
CONTACT US