What Makes Man’s Search for Meaning by Viktor E. Frankl a Life-Changing Read? 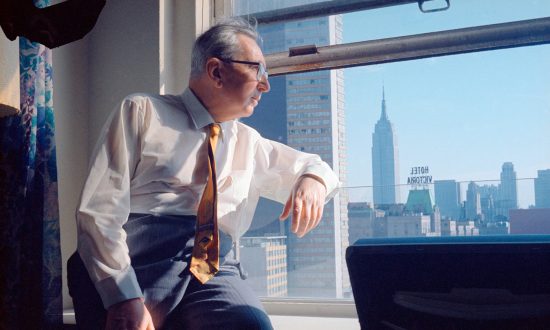 Why am I living? What is the purpose of my life? Many of us have asked these questions a thousand times. But, how many of us have a satisfactory answer to it? Perhaps, none of us. Among the numerous books written on World War II, Viktor E. Frankl’s Man’s Search for Meaning is one of the few books that has explored these existential questions – how to make sense of our lives and how can we keep our hopes alive, even at the worst period of our lives. Published 1946, one year after WW II, Man’s Search for Meaning has been translated into many languages and it is considered as a life-changing read.

The Prologue and The Plot

When we think of people who have mastered human psychology, Sigmund Freud, Carl Jung, and Alfred Adler are three names that come to our mind. Freud, Jung, and Adler were influential theorists who have specific positions across human nature, problem formation, change and techniques as it relates to personality theories. Freud’s theory is referred to as psycho-analysis, Jung’s is analytical psychology and Adler’s is individual psychology. Now, here is the fourth man to this list – Viktor E. Frankl, who worked as a professor of neurology and psychiatry at the University of Vienna Medical School until his death in 1997.

Graduated in 1930 from the University of Vienna Medical School, Frankl joined the staff of the Am Steinhof psychiatric hospital in Vienna and became chief of neurology at Vienna’s Rothschild Hospital in 1938. Things turned around when Hitler’s army occupied Austria. In 1942, Frankl and his family were sent to the concentration camps, where his mother, father, and wife perished. Man’s Search of Meaning, which is said to be written in 9 days, is the personal experience of Frankl during his time in the concentration camps ran by the Nazi troops. To describe the story in Frankl’s own words, “This tale is not concentrated with great horrors, which has been already described often enough (though less often believed), but with the multitude of small torments. In other words, it will try to answer this question: How was everyday life in a concentration camp reflected in the mind of the average prisoner?”

Narrated in two parts, Man’s Search of Meaning explores his observation in the Nazi concentration camps, followed by an explanation of his own theory of psychology named Logotherapy. In the first part, he talks about the internal and external conditions that would pressure the prisoners and emphasizes how hope literally kept people alive and a lack of it resulted in death.  Logotherapy, which is explained in the second part of the book, tells that the purpose of life should be a search for meaning and any other purpose is pointless. Frankl goes on to establish the fact that anyone who has something to live for will survive anything to achieve his goal. Between these two aspects, Frankl teaches us a lesson that would change us forever.

In the preface to the 1992 edition, Frankl who has authored several books, reveals that he wanted to publish Man’s Search for Meaning anonymously so that it could never build up a reputation on the part of the author. He, therefore, gives a wonderful message to the students all over the world, “don’t aim at success – the more you aim at it and make it a target, the more you are going to miss it. For success, like happiness, cannot be pursued; it must ensue, and it only does so as the unintended side-effect of one’s dedication to a cause greater than oneself or as the by-product of one’s surrender to a person other than oneself. Happiness must happen, and the same holds for success: you have to let it happen by not caring about it. I want you to listen to what conscience commands you to do and go on to carry it out to the best of your knowledge. Then you will live to see that in the long run – in the long run, I say – success will follow you precisely because you had forgotten to think of it.” Now, this is where Man’s Search of Meaning starts, with a simple message; your achievements can pile up, riches may come your way and life sometimes can be terrible – none that matters, the search is everything.

“When we are no longer able to change a situation, we are challenged to change ourselves”

“Everything can be taken from a man but one thing: the last of the human freedoms—to choose one’s attitude in any given set of circumstances, to choose one’s own way”

“Those who have a ‘why’ to live, can bear with almost any ‘how’”

“But there was no need to be ashamed of tears, for tears bore witness that a man had the greatest of courage, the courage to suffer”

“An abnormal reaction to an abnormal situation is normal behavior”

“Ultimately, a man should not ask what the meaning of his life is, but rather must recognize that it is he who is asked. In a word, each man is questioned by life; and he can only answer to life by answering for his own life; to a life he can only respond by being responsible”

“So live as if you were living already for the second time and as if you had acted the first time as wrongly as you are about to act now!”

“A man who becomes conscious of the responsibility he bears toward a human being who affectionately waits for him, or to an unfinished work, will never be able to throw away his life”

“Man does not simply exist but always decides what his existence will be, what he will become the next moment. By the same token, every human being has the freedom to change at any instant”

“It is not freedom from conditions, but it is the freedom to take a stand toward the conditions”

“A man’s concern, even his despair, over the worthwhileness of life is an existential distress but by no means a mental disease”

Life is all about questioning, getting answers and moving forward: Zindagi Free… or Sensitive
Itineris II- The Journey Within: A soul-touching journey of your inner-self
How to Launch and Grow Successful Startups?
Interview: Dr Marcus Ranney, Author of ‘At The Human Edge’
A Writer’s People: Ways of Looking and Feeling
The Alchemist: Coelho’s Magical Lessons on ‘How to Follow Your Dreams’
CONTACT US